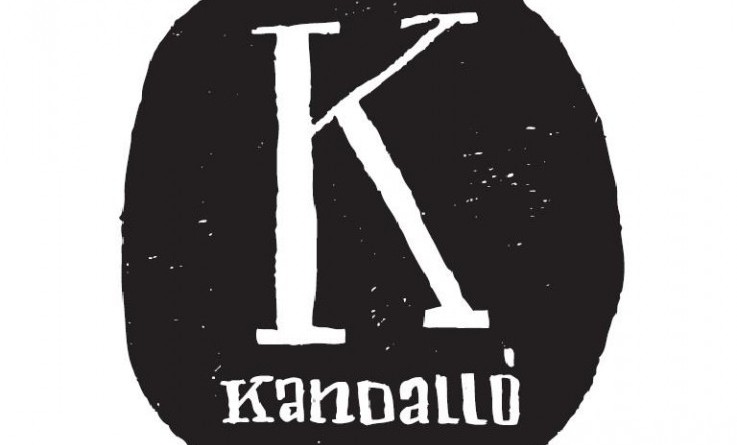 Taking inspiration from characters on the television show How I Met Your Mother, by creating a pub that they would actually want to go to, the owners of Kandalló

Kandalló Kézműves (Artisinal) Pub have not only created a unique bar experience but also a comfortable and welcoming dining atmosphere as well. 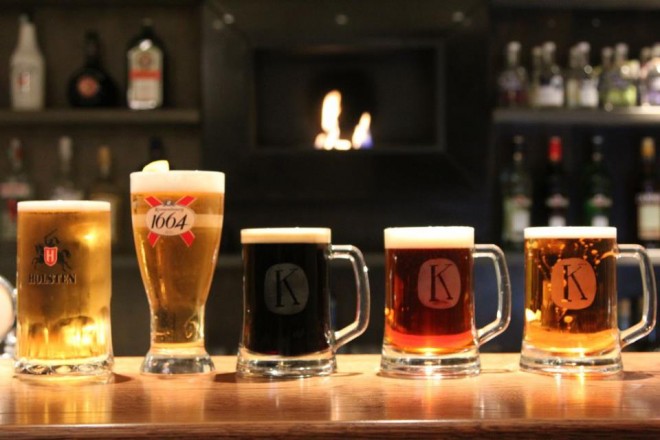 Located at Kertész utca 33 in District VII, the owners of Kandalló Artisanal Pub have taken their name from the previous occupants of the space, which sold fireplaces (kandalló). The artisanal part is a reference to its selection of handmade drinks, including wine, syrup, but most prominently Hungarian craft beer. Some of them are imbued with sweeter flavors, like sour cherry, banana or honey and may be more appealing to those who either prefer more saccharine beverages or are adventurous about their taste in beer.

Though the interior isn’t the biggest space in the world, they make the most out of it with a few tables and bar tables surrounding a bar in the center, in front of a great window pane, which opens out onto a small terrace in the warmer seasons. The kitchen is just around the corner from the bar. They also utilize a gallery space with a few more tables tucked away, and many pushed together overlooking the main floor; ideal for larger functions the pub has been known to host. The aesthetic to the place is also very cohesive with the chairs and tables and most of the walls laid out in black, which are they tastefully covered with a modern, but smooth, graphic design in white or grey, similar to the logo.

Though one might be more inclined to go there for the variety and quality of its many handmade beverages, the pub holds its own as a place of dining. Similar to the drinks they make, all the food is prepared with artistic flair. The selection isn’t huge; starters are between a pair of open-faced sandwiches with a variety of spreads, and three types of salad. The only main course available is a burger either prepared from beef, chicken or salmon, which is served with a side of coleslaw and a half a baked potato. Unique to this pub is a dessert many from North American may be familiar with, which is a new twist on a Hungarian tradition; a large American pancake spread with chocolate, caramel or jam in style of a Hungarian palacsinta. Most of these dishes are available in their full size for between 1000 and 1500 forint.

Upon dining there myself, for a birthday lunch date with my girlfriend, we were delighted to be informed that they have a lunch special, which features all three courses, in smaller portions, for a relatively low fixed price of 1290 forint. The first course was a single open-faced sandwich, which was the bottom half of a warm ciabatta roll, topped with a fine salmon spread. Not only was it delicious, but the size of the roll made for a surprisingly long, and pleasant eating experience, as most of the time the are far too short, however sweet. The main course was a miniature version of the burger they serve, topped with cheese, tomato, lettuce and abundant ketchup on another ciabatta roll. Though it was only a smaller portion of their usual burger, combined with the salmon sandwich, it was quite filling. For dessert we ordered pancakes covered in caramel and strawberry jam. The caramel pancake was exquisite, which my girlfriend also favored, so I finished my dessert with half of the strawberry jam pancake, which was also delicious, but did not compare to the sultry caramel.

With the addition of ordering a coffee latte, the total bill only came to just under 2000 forint. It also did not include a complimentary glass of milk I had asked for with my pancake, showing that the staff aren’t focused on squeezing money out of their customers, but rather making sure they’re having a comfortable enjoyable experience in their pub. So if you are looking for a new place to try some of the tastes of Budapest, or just wanting a cheap, cozy, quality place to go out with friends for lunch, I highly recommend Kandalló Artisanal Pub.