A journey into uncertainty: In commemoration of the deportation of Swabians from Budakalász

Seventy-five years ago, nearly two hundred thousand of our compatriots were expelled from Hungary. Families split, relationships broke up, young adults were left alone, as the Hungarian communist government decided to relocate the Germans in Hungary based on the principle of collective guilt. Budakalász, a village close to Budapest, was one of those places where the German population made up a significant part of the community. Those involved had to leave behind the lives they knew.

April 4, 1945
At the beginning of April, The Red Army expelled the last German units from Hungary, and the acts of World War II ended on Hungarian territory. The country fell into Soviet hands, and the construction of a totalitarian Stalinist dictatorship began.

August 1945 – Potsdam
A few months later, the victorious great powers of the Second World War – the USA, Great Britain, the Soviet Union – decided to deport the Germans from Hungary, Czechoslovakia, and Poland. 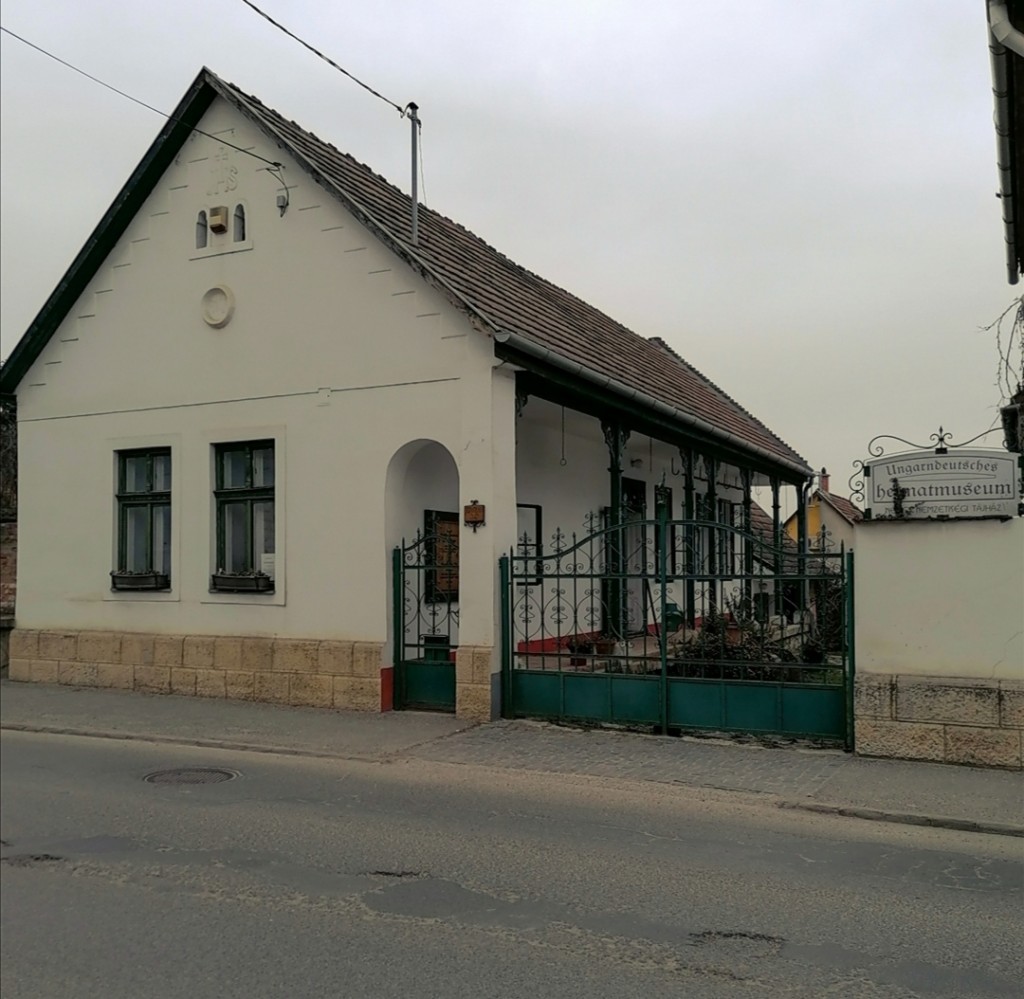 Before February 22, 1946 – Budakalász, Hungary
The notion of deportation arrived for the Germans living in Budakalász. The decree was implemented based on the 1941 census data. Accordingly, the replacement affected 43% of the local population (1407 people). However, there is no record of the exact number of deportees.

“Under the decree, all those who declared themselves to be of German nationality or mother tongue or changed their Hungarian name back to German sound at the time of the last census, as well as those who were members of the Volksbund or an armed German formation (SS), relocate.” – declared the statement of the Ministerial Commissioner.

By this time, the media was already in the hands of the Communist Party. Broadcasts about the sins of the Volksbundists and the crimes of the German ethnic group became a regular theme of the shows.

“So the public was constantly attuned, yet the deportation unexpectedly swept the community. We knew it would be something, but that it was so timely …” – a former German resident of Budakalász, István Mirk, recalls.

Preparations have begun, and a list of all those affected by the regulation was announced a few days before the train set off.

“If his mother tongue was German and his nationality was Hungarian, that was enough to put him on the deportation list… and then they said that everyone had the right to apply for immunity.”

Those who were married to a person of Hungarian nationality could remain. Some said if their parents were taken, they would go, too. Also, those who were members of a left-wing party or trade union could stay, if they could prove their memberships. Some exceptional cases were judged by a committee. The local committee had ecclesiastical members, including Father Makk, among others.

A couple of young German ladies and a Hungarian man married a few days before the deportation to get immunity. Father Makk did everything to help them stay. Their parents’ houses where they lived, were taken away, but they could stay and move to the parish. On February 10, 1946, György (Gyurka) Scherer and Teréz Huj took an eternal oath. A few days after the wedding, Teréz’s parents and two siblings were transported to the unknown.

February 22, 1946 – Budakalász, Hungary
During the day, the wheels of horse-drawn carriages rolled through the streets. People put their packages onto the carriages and said goodbye to their neighbors and the lives they had known so far. In the evening, the train departed for Germany. 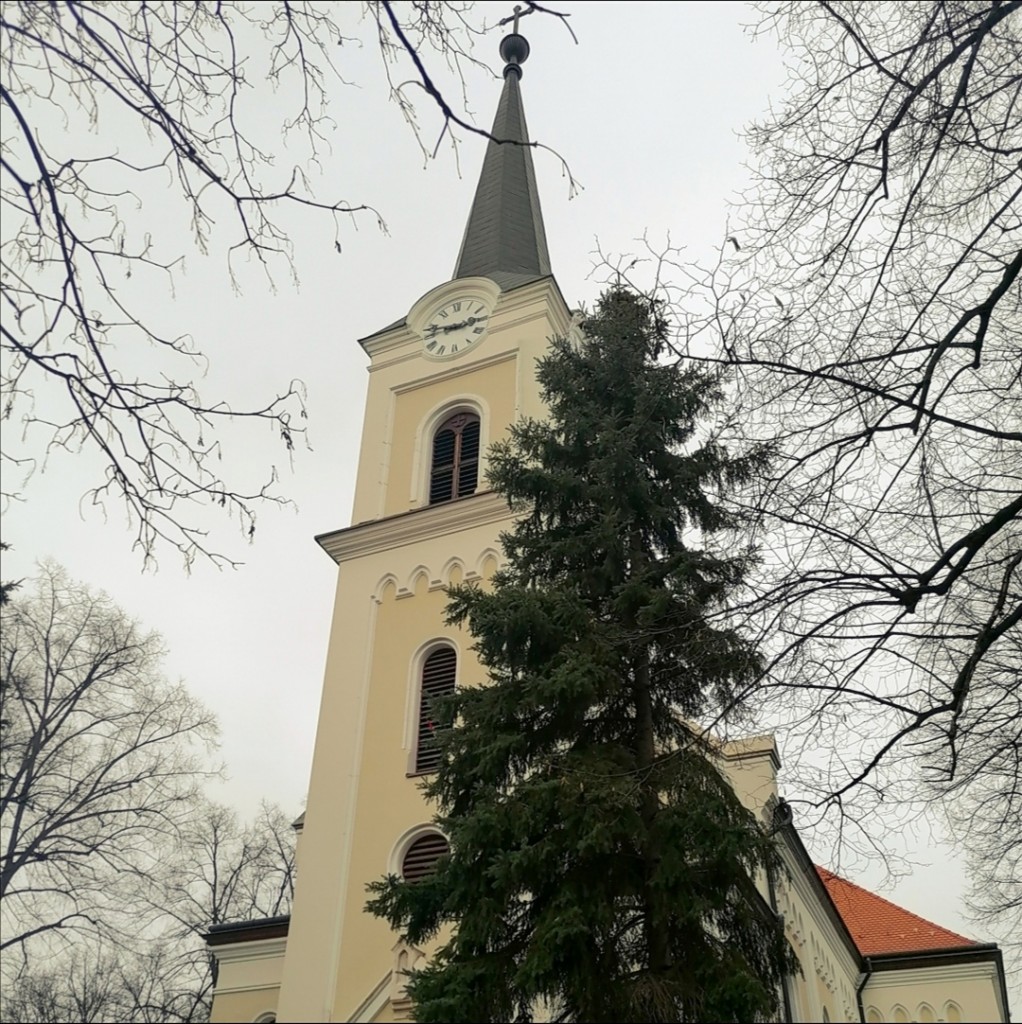 “It wasn’t cold, they were heated. There was a round iron stove in the wagon, they were cooking and heating with it.” – explains Teréz’s mother. “There was no window, it was a cattle wagon. There were twenty-eight of us inside… We cried, we didn’t know where we were coming… When we arrived – after ten days – we first got a bowl of food, in the factory where we were resettled.”

Then, people had to start a new life in an unfamiliar place. Most of the residents of Budakalász got a job in a textile factory, as they also had a similar factory in their former hometown. As for their houses in Hungary, mainly Hungarians from Czechoslovakia were settled in the houses of the Germans.

April 1946 – From Budakalász, Hungary, to Schorndorf, Germany
Konrád Lafka
Fifteen-year-old Konrád Lafka longed for adventure, so he left the factory where he worked and started off for Germany. His journey was not smooth at the beginning. When he reached Levél, where Germans to be deported lived, he was advised to cross the border at night, because it was safer. When the evening fell, Konrad ventured out again but was shortly caught by two soldiers and taken to the border police department. From there, he escaped the next day, then took a deportation train from Mosonszolnok all the way to Herrenberg. There, Konrad got a room at an old woman’s house, but he had to work to make a living.

“One Saturday in the afternoon – because we had been working until noon – I set off. I hear the conductor shout: ‘Schorndorf’. Well, I’ll say, I’ll get off, see what’s here.”- explains Konrád. “I’m going to the edge of the crowd. Well, suddenly someone in the crowd turns around and I see it’s Toncsi Scherer, the brother of Gyurka Scherer.”

Konrád found the people of Budakalász, who told him where the other villages’ deportees live. After Konrád returned to Hungary, the news of the whereabouts of relatives and friends spread like wildfire in the community. Later, when the spread of means of communication made it possible, some of the relationships were revived. This is how I got to know my elderly relatives living in Germany.

February 22, 2021
Seventy-five years ago, families broke up. The lucky ones were able to connect with their loved ones years later, but others could never see their family members again. Hungary, including Budakalász, preserves the memory of the deportation, and the local Swabians commemorate the sad event every year. This year, a commemorative plaque was given to the church, in honor of Father Makk, who helped many Swabians.