Is the Nightmare of sanctions against Iran over? 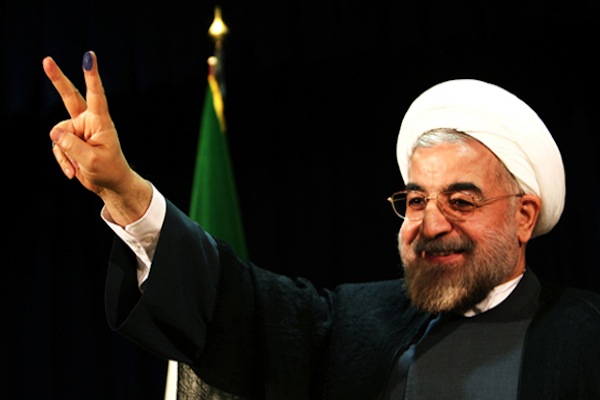 The election of new Iranian president Hassan Rouhani could be like a light at the end of a dark tunnel for many of us who come from Iran. It is a real hope to read daily news about the new steps forward to make the Iranian and American political ties better and stronger after many years of bitterness and hatred between two governments.

Iran has been suffering from sanctions for a long time and people are struggling with it in many aspects of their daily life. As a result of the sanctions, not just the government is in trouble but also the people.

Economic sanctions applied against Iran date back to the post 1979 Revolution. It started with banning the oil import into the United States, and later banning all imports of Iranian non-oil products.

There are very strict rules against Iranian import and export products, in case of oil and gas and even refined non-oil products which could push Iran to an isolation . It was the goal of applying these sanctions. Any sort of investment by foreign companies in oil and gas industry have been strictly prohibited.

Sanctions continued and included the financial vessels of Iran like the Central Bank and Tejarat Bank, and they cut Iran off of the global financial system and the Society for Worldwide Interbank Financial Telecommunication (SWIFT). As a result, oil customers can no longer transfer money to Iran in American dollars, and the other countries as China or India either pay Iran in their own currency. Iran became an isolated country, and sanctions affected the Tourism Industry so far and no more people want to visit Iran in this situation. The media worked well and showed Iran to the world worse than what it really is. Iran, one of the most beautiful countries in the Middle East with a powerful potential of ecotourism, has to stay empty of Tourists due to wrong political approaches by the government.

Iranian Aircraft is still alive but breathing in a dead body. Old airplanes are still working, some of which are aged more than 30 years cannot  get out of the airlines . Iran is prohibited to update its aviation system and cannot purchase the new aircraft. The consequence of using old aircrafts has been repeated airplane crashes during the last three decades.

Most of the people are complaining of the conditions as follows: medicines are rare; food costs an arm and leg. Unemployment is not a joke anymore as it was 30 years ago, smugglers are supported by unknown mafias and profiteers from the sanctions are getting more and more money to live longer and blessed while the rest of the people are suffering. Factories would shut down one by one and people lose their jobs.

The sanctions were supposed to target the government to convince it politically to accept the conditions but the result was nothing but its impact on poor and middle class people in Iran.

I can merely say that, the sanctions have been considered a way to push Iran to discuss the facts and conditions, but now it is targeting peoples rights and violated the basic human rights for living a normal life. There is a sharp division between people as they are living under sanctions and those who are protected from a future treat.

At the time, the imprisonment of an Iranian citizen for any issue regardless of the reason (that can be political or anything else) can be considered as a violation committed by the state throughout the world. On the other side, removing food and medicine, or the many deaths within the years because of the old airplanes and air crashes which are the result of sanctions, are not considered as violence.

But still there are people who see things differently and believe that should make other fresh sanctions, according to one of the Middle East analysts at Council Foreign Relations;

“The sanctions are what brought the Iranians to the table.” But the price we have been paid in all these past years is much more than an amount that anybody can imagine these days . I dare to say that it was not less than a real war.