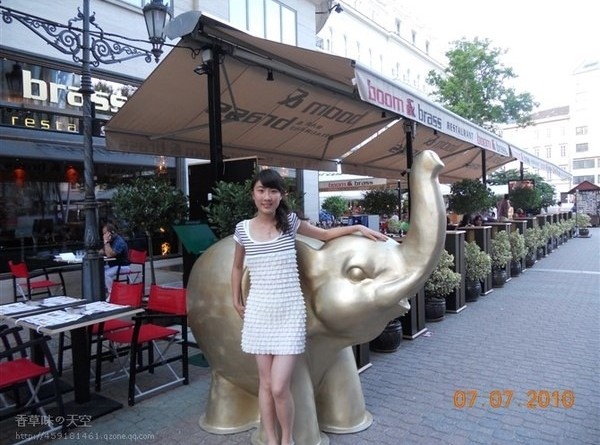 Our McDanielCollege is an international college that has students from all over the world. In the college, I had the chance of knowing many others that are similar or different from me. When I first walked in to my classroom at the beginning of this semester, I got to know two new classmates who also came from China.

The two girls are ZhongYu Jing and Ying Xue Lin also known as Sherry and Emmeline respectively. Sherry who came to Hungary last year and Emmeline about two years ago are both first year students of our college. Through a month of observation and communication, I found that both of them are typically a bit shy, quiet in class but cheerful girls.

In one of the classes, we had once come to a discussion on differences between countries; it has brought up my curiosity. As I had not much of experience in China, I found it interesting to know how they felt living and studying there.

A few days later, I interviewed both Sherry and Emmeline separately and found out some significant differences between Chinese and McDaniel’s or even European educational system.

First of all, studying in china, the very first thing that you will notice is the compactness of the timetable. Students before college are expected to be in class from around 6 am till noon, and then they will have 2 hours of break before the afternoon session begins. It seems that they have a long break, however it is not what it is really like. The break is not for them to relax, but prepare. Within this break, students have to eat their lunch and also prepare the assignments/ homework that were given in morning classes and hand them in at the beginning of the afternoon classes. In addition to this, when the afternoon session finishes (around 5pm, some end at 7pm), most students enter different types of clubs or outside campus studies, these classes are normally held between 5pm-9pm accordingly.

It seems that students in China are studying non-stop! Well, indeed they are. The girls also told me that besides the compacted timetable they had in school, they also study in summer and winter breaks. They have assignments to do, and all sorts of preparation classes that might help them in studying.

When I first heard about all this, it shocked me. I couldn’t understand. But why? They replied in one word: ‘ competition’. It is not because they were bored or they sought the knowledge, but the competition between students. ‘ There are too many students in china’ they said, ‘the competition is ruthless, all the schools, colleges want better and better students, so the requirements for mid-schools on are higher and higher’.

Besides the stresses from studying, the time they are left with is very limited. ‘Many students don’t have enough sleep’ claimed Sherry. It seems that 75% of their time is used for studying, 20% for sleeping and food, the remaining 5% is not much for doing anything else. ‘I have a lot of places where I would love to go, lots of things that I would love to do, but I just do not have the time for it’, said Emmeline.

For all these reasons, more and more Chinese students are leaving China, seeking for higher education, different diplomas or different experiences of student life, like Sherry and Emmeline. Most of them choose to leave after age 18 (as young adults) or are moved with their families.

‘ I have heard a lot from my friends and relatives, and found it very different here and back home (before college). From what I saw, we have much more freedom in deciding what, how and when to do our studies (after entering McDaniel), said Emmeline. ‘… most assignments are assigned to a deadline and in-between that we are all free to manage’.

From the interview, it was not hard to find out that they liked the McDaniel’s as well as the European academic system much more. Sherry, who had similar arguments claimed that she felt it more pushed rather than enjoyed (studying). It is true that pressure and stress makes people moving, however, over the limit will also take the interest away from them.