Words and illustrations by Maria Fiala

It is officially autumn. With Mid-terms already behind us, reading for pleasure might be the last thing to do. Yet in this deciduous atmosphere we find ourselves asking never-ending list of questions with no right answers. Instead of reading deeply philosophical essays that intellectuals enjoy, here is a short list of intriguing stories that might scratch that itch of looking for answers and either find them or rather create new questions. 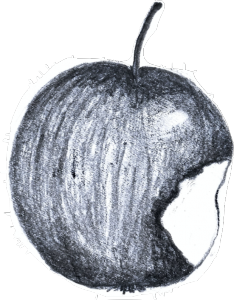 “I do not believe in non-erotic philosophy.” claims the protagonist in Gombrowicz’s novel Pornografia, written in 1957. This statement is really the life motto of the Polish author himself. His novels are filled with long philosophical meditations with very much Freudian perspective on almost any topic. When Gombrowicz writes, he does not think about what he is doing. For him art is no science. There is no way to prepare oneself before the experiment – an artist is thrown into it. Gombrowicz emphasises that every art is born from decay, rubbing against defeat and humiliation. Every artist must be an emigrant who carries a disease, and that the artistic process of perception is the result of physical and moral defects.

Pornografia is a string of thoughts of a middle-aged intellectual, who with his friend Fryderyk, leaves to the countryside to rejuvenate. Together they start obsessing over and fetishizing over a non-existent sexual tension between two young life-long friends, Henia and Karol. They try and manipulate them into a sexual relationship but in the end, they are really just flogging a dead horse. Some might find this novel extremely repulsive and ugly, yet it brings one into the thought process of a poised gentleman suddenly frustrated by something one cannot put a finger on. Some sentences have no end and others start in their middle – sometimes hard to follow, yet it very much a page-turner. 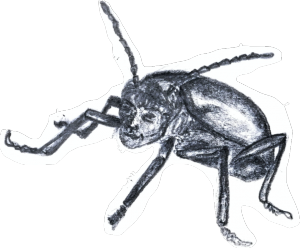 “As Gregor Samsa awoke one morning from uneasy dreams, he found himself transformed in his bed into a gigantic insect.” is the first sentence of Kafka’s well-known novella Metamorphosis published for the first time in 1915. You might think that the story will continue to explain why Gregor Samsa turned into an insect or how he will turn back. But those are not the worries of Kafka’s protagonist. He is worried that he won’t make it on time to work. His family is disgusted less by his appearance yet more by his unemployment. So just as an insect would, Gregor goes about his day hiding in fear of the human eye.

Kafka himself worked a mundane job in a bureaucratic institution. He found the distinction between work life and personal life major and could not quite see how someone could mix one with the other. Personal issues such as turning into an insect were simply not work appropriate. These last couple of months we all may have felt a bit like Gregor Samsa, a beetle laying on its back not having the strength to flip over on our feet.

Let us just hope that our stories of social distancing will become less insectile. 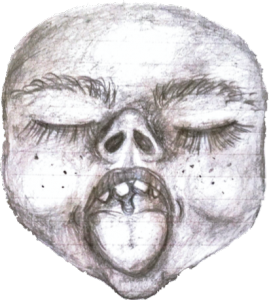 It is not every day that one thinks of picking up a Baroque oeuvre and reading it just for pleasure. Jan Amos Comenius is well known for his reforms in teaching, creating the first schoolbook containing pictures and with his work Schola Ludus (School playfully) introducing a new theory of how to make studying more ‘fun’. He wanted to create a pansophic manuscript but unfortunately that burned down with his house by Polish guerrillas in 1656 after which he fled Bohemia and found shelter in Amsterdam. He never managed to rewrite the pansophic manuscript.

Even though The Labyrinth of the World and the Paradise of the Heart (first version written in 1623) was intended as a religious and philosophical manuscript, it can be recognized as a great work of fiction. The author himself represents the pilgrim as he

decides to wander around the labyrinth (the world) to find where he belongs with his two guides Searchall Ubiquitous (human curiosity), and Delusion. Comenius sees what is truly happening behind the pink spectacles and reveals the truth of our rotten world.