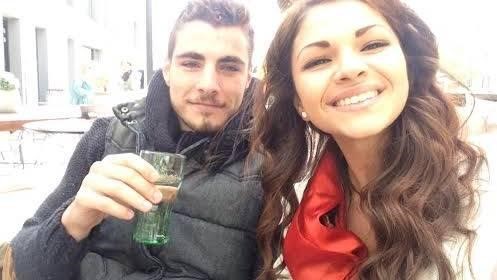 Krisztián Szöllősi is a Hungarian Water Polo player who started when he was just six years old; he says this is when kids start this sport. His exciting path in water polo started in Matáv póló suli, which is a water polo school. After this, his life changed completely: for seven years he played for UTE, then in the Hungarian First Division for four years, one year in Debrecen and Eger, and two years for FTC. Last year he played for a team in Netherlands. Krisztian’s position is a shooter and second-centre. He is back in Budapest now and ready for new adventures.

This beautiful relationship between water polo and Hungary started in 1896 when the first Hungarian men’s water polo team was formed. Now, it is considered the world’s top power in the history of water polo. Coaches play a crucial role in team sports. When you are competing alone, by yourself, you come up with your own techniques, which are the best for you; when a team is competing, it is very important to feel each other, to cooperate and to listen to the coach. The success of water polo, in my eyes, started with Béla Komjádi, a Hungarian coach who developed the so-called “air-pass” or “dry-pass” in 1928. This revolutionized the game and made it quicker and more exciting, as well as it made the Hungarians to be the leaders for the 50 upcoming years.

Also, water polo became a tradition in Hungary. Hungarian players use more tricks and play more using their brains. For them, thinking and using the logic is very important during the game. Every new generation analyzes the last generation’s skills and techniques to see and chose what’s best for them. Coaches, as I said before, play the key role, they start to teach their students the individual parts of the game, from the beginning. Hungarian coaches believe very much in work started from childhood because it is like that in their opinion that the players build up their physical skills.

Water polo is in every Hungarian’s blood. Serbian water polo players have the strength, Italian and Spanish ones have the speed whereas Hungarians have both plus their brain.

We usually have two trainings during the day: one in the morning and one in the afternoon. Players also go three times a week at the gym. A normal day is not that exciting. I wake up, eat something for breakfast because it is the most important meal of the day, then I go to train two hours, then home, I have lunch, I rest a bit and then I go back to training. Trainings involve swimming, legs workout, passing the ball, shooting. It may vary from morning to afternoon, or before the match we focus more on shooting and different kind of tactics. From Monday to Friday I am full with trainings, and weekends are for matches. The season starts in October and finishes in May.  Summer season is for the National teams. In August, the preparation for the next season starts, which means a lot of trainings and hard work.

There are a lot of them, everything, and all the action in water polo happens mostly under the water. Of course the most famous ones are the most painful ones. We use to catch each others swimsuits, genitals, sting each other, even bite…some players try to step in to your swim pants and push you down. We also use to punch others or kick them if we can.

It’s not about cheating. You try everything you can: pushing, punching each other, you try to show the referee that is not you the guilty one, but the other one is fighting. It may be a legend, but I’ve heard that in Szentes, referees may get something from the home team before the game so that they make sure they will be winning.

During the match the first thing you care about is your team and yourself, of course. Your enemies do not really matter therefore you do everything. Okay, if it happens to be one of your friends in the other team, you do not punch him too hard but still tough; but it’s not about fighting. Water polo is a sports game with a ball is not about boxing, so the main point and our objective is to win with fair play and to be the best. If you play it means you are there because you have to win.

You start when you are around seven years old. You have your first competition when you are about 11. You have six years in youth teams than comes the Ob1 if you are good enough. The best players are between 25 and 29 years of age. (Usually) when you are young the point is to play a lot, to train very hard in order to improve yourself. OB1 is a lot different than youth championship, it is much faster, the players are stronger, and if you are still young, you don’t have the respect from others, you must fight for it.

I had an operation on my right shoulder, a bone was broken. Usually that’s the worst one can have: broken shoulder, hand, finger…or face. Because of my shoulder injury I had to rest about two months, I couldn’t play and it was very difficult to recover after it.

No I don’t think so. The 1956 story is completely different; it doesn’t really exist anymore nowadays.

It’s not just a hobby or a sport you do, is a lifestyle. If you start to play it once, you will be a part of it forever. It becomes you. I cannot imagine my life without water polo, it is a part of me and I am a part of it.

I think it is nice, girls are trying their best to play and some succeed, but it’s not made for them. It is a hard sport, which involves a huge physical effort… it is not a women’s sport in my opinion, but that’s nice that they try it and love it.

The name of the team is KSI. It is mainly composed by young players and some older with a focus on the youth generation; the main point being them playing in the highest division of Hungary.

The way of playing and of trainings would be a big difference. First of all, there, they start playing when they are ten years old; however in Hungary, they start earlier. This difference has an impact on players when they grow older. Moreover, there are less trainings so it’s easier from the physical point of view.

The Hungarian Championship in the first division is the hardest of the world and usually the teams are composed by players from “water polo nations” such as Croatia, Montenegro and Serbia.

On the 8th October, there will be the first match from the Hungarian water polo Championship. The match will be against Debrecen.  Personally, I think that on Wednesday we could win, even if they have a stronger team. We really are a team and communicate with each other; we can understand the next actions from the other player, so I think we will surprise Debrecen. It will be for sure a hard game. If our defence will be good we have all the chances to win. I used to play for Debrecen so it will fun to play against my friend who is still in that team.

Not really, but if you want it so bad I think you would be okayish as a wing player because you are small therefore maybe fast; but your body is not made for water polo. I think you should stick to your supporter position.