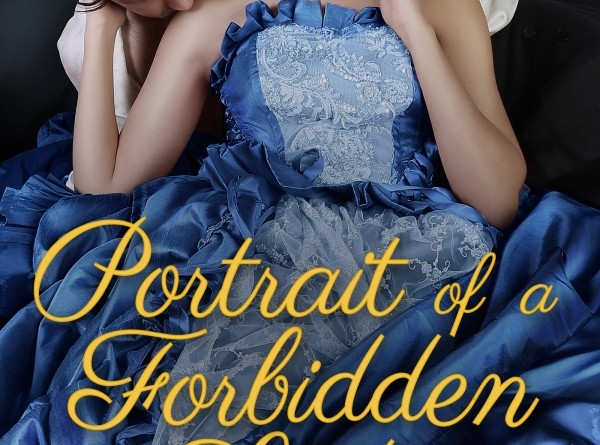 Six books in two years. An unusual dual-publishing agreement in the most lucrative literary genre…

Over lunch, local Budapest expatriate author Kathleen Bittner Roth described the circuitous life path that lead her to success as a historical romance writer. Her fiction is a hit with readers and reviewers alike, who enjoy her deep characters, exciting adventures, and stories of empowered women overcoming hardship. However, as I learned over our talk, her real life is no less exciting than the fictional worlds she presents to her fans.

For our meal, we were settled into an eclectic Indian restaurant just off of Andrassy út. A UNESCO world heritage site, the avenue known as the Champs-Elysees of the East was the classic home of 19th Century Austro-Hungarian aristocrats. As we discussed the historical romance works that brought Kathleen to prominence, the neighborhood’s air of refined gentry appropriately matched the ambiance of our conversation.

At the outset, Kathleen told me simply that, “…we never know who is going to inspire us.” She explained to me the profound effect a statement by Benjamin Franklin had on her childhood outlook on careers and working lives. The grade-school passage impacted her, with its sentiment that everyone should have three careers to avoid stagnation. She took the message to heart, and over the course of our lunch, she explained to me the story of how she arrived at her third career as an author.

Kathleen was born in rural Minnesota. Over the years, a winding route across the United States took her from Minnesota to Idaho, Washington, California, Texas, and New York. Later, a jump across the Atlantic Ocean to took her to the sunny Adriatic coast of Croatia for four years, and then her current five year residence in Budapest.

Despite an early blooming talent for writing, noted by her teachers, Kathleen’s writing career did not begin until her 60s. In stark contrast her first career in her 20s was in business. She worked as an executive assistant to high-end international construction companies, and became the assistant to the president. While employment in business was lucrative, it left her looking for more.

In 1985, Kathleen experienced a self-described spiritual awakening that shaped the next several decades of her life. Two days after an emergency surgical procedure, she awoke on the 5th floor of a Methodist hospital to a vision. As she described it, the walls around her had dissipated, showing a horizon which spread to eternity. While the moment felt profound, she herself remained skeptical for some time, and kept the incident to herself. That attitude changed when she was confronted about her spiritual visions. Two of the hospital’s nurses had spiritual moments at the same time as her, in separate parts of the hospital, and they felt that their moments had been spurred by Kathleen’s presence. Six months later, after realizing their shared experiences, they approached her together. The nurses told Kathleen directly, “You have a gift and you need to share it.”

Soon after, Kathleen got an offer to host a spiritual radio show, which she, “did not take seriously at first.” She chuckled to me as she described rudely hanging up the phone and putting the offer out of her mind. After reconsidering, she called back later and took the offer, jumpstarting a career of more than 1000 radio and television appearances. From her media success as an intuitive, she launched a well-being center, and helped many people over the years to become self-empowered. This era of Kathleen’s life led to another important development, when she met her German husband Hans in Texas, with whom she married at a castle in Scotland. Looking for more scenic surroundings, they relocated together to Croatia and enjoyed a peaceful time of their lives there. Tragically, her husband developed severe health problems, and they relocated to Budapest for greater access to care for him. He passed away shortly after they moved to Budapest.

In the wake of tragedy, Kathleen explained to me, writing became her primary distraction. When she committed herself to writing, she took it seriously. She began to study the craft of writing through participation in online writing and critique groups. From the comments and feedback of her writing partners, she steadily honed her skills to become more and more polished.  She then participated in writing contests to receive the feedback of professional judges, with the eventual goal of finding a literary agent. She began to win successive international contests for prospective authors, and built momentum towards her career development goals.

Beaming, Kathleen described to me the culminating moment in this stage of her writing career, when she placed as a finalist in the prestigious Golden Heart contest for unpublished work. Within fifteen minutes of placing, she received 321 emails with offers from agents.

Kathleen set her sights high, and sent queries to the top five literary publishing agencies. Excitingly, she heard back from Marshall Lyon, and they asked for full writing samples. After reading her work, they quickly came back with a signing offer. “It was the best Christmas Eve in my life,” she told me, describing the day of her signing in 2011.

As Kathleen’s publication record illustrates, she quickly found success through her new agent. A highly unusual two back-to-back contracts with two different publishers led to six releases over the last two years, beginning with A Duke’s Wicked Kiss, which will lead to multiple planned subsequent releases. Concluding a tale that rivals her fictional heroines, her life passed through two careers and two continents, to bring her to her current success as published author in Budapest.

At the end of our talk, I asked Kathleen what upcoming projects she has in store for her readers. Coming in November of this year will be A Wild Highland Heart, book four of her series, Those Magnificent Malverns. After that, fans can look forward to the next installment in her When Hearts Dare series. On the more distant horizon is an upcoming World War II story. She also directed interested readers to check out her column published on the first Tuesday of every month in the blog, History Undressed. http://www.historyundressed.com/2015/10/a-day-in-authors-life-by-kathleen.html