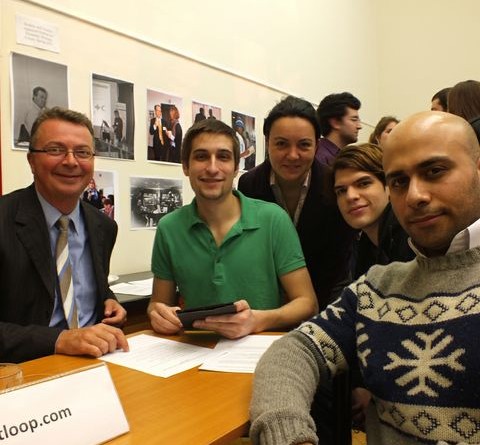 XpatLoop.com is an English-language portal for expats that live in Hungary. It’s been publishing daily for 12 years, and it’s the leading online media for foreigners in Budapest and around the country. Stephen Linfitt, the founder of the portal, was asked about why XpatLoop.com has stood the test of time so well, unlike many other English language media start-ups in Hungary that have collapsed over the last 12 years. One of the reasons is due to the people involved, including interns. As well as a good team of people, the portal continuously recognizes, whether online or off-line, the critical need to always present the varied audience with something they’re all interested in reading. 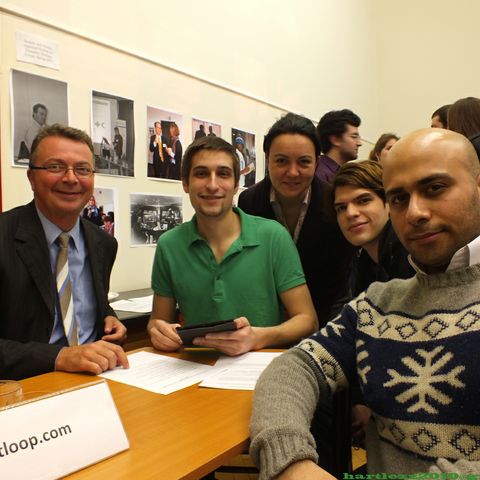 What is the nature of the internship program that Xpatloop offers?

The interns encompass several different generations, and we always figure out the interest of the individual intern. The first group of interns included four very different people, a young man with a long beard, a large girl who was full of life, a very sporty guy, and another girl who was very friendly and always painting her nails. We figured out that the girl painting her nails liked fashion and society, so we gave her community reporting jobs, and she went to many social events, such as the British Embassy’s Queen’s Birthday Party and mingled with guests, and got interviewed them. She was great in that department, that’s what she was interested in, and it worked well for all. The other lady did lots of restaurant reviews as that’s what suited her taste. The guy with the long beard loved rock music, so he was tasked with writing concert reviews. We could get him several press tickets for concerts and he loved it! The sporty guy;s job was to meet with the expat sports teams, such as the football, cricket and rugby teams. Therefore also for him it was a pleasure as well, which resulted in interesting articles, because he could engage with the people he was interviewing as he liked the subject matter. This all meant that readers found a wide range of interesting articles written from the heart as well as the mind of the intern. Another factor in the continued growth of XpatLoop.com is that we moved with the times.

So you always modernize?

Exactly. When Facebook came around – as Facebook didn’t exist 12 years ago – it made it easy for readers to share our articles with friends, same with Twitter. It’s not rocket science, but it’s important to stay aware of the developing trends and integrate them into our offering.

You mentioned different sections on the portal, like sports, fashion and music. Are there any specific subjects or topics that you concentrate on most?

Before we launched the portal, before we built the media engine, we drew a life-cycle graph of an expat and their needs to understand what they are most interested in. For instance, when expats first arrive in Hungary, they need to get around town, and need a place to live. They need medical facilities, schools for the kids, evening and weekend entertainment, a bit of culture, and so on. So we very quickly came to realize that we have to stay so focused on the most relevant topics for expats in Budapest, in Hungary, and what expats really want to know.

How about news from back home and information of that sort?

To understand the readership, who reads Xpatloop.com?

There is something there for every expat here. It’s very diverse, because our readership is also very diverse. When we looked at the demographics involved, age wise we have readers in their early 20s – often fresh graduates with their first job abroad-  also expat housewives check-out the portal – actually an important group of decision makers – we have readers who are retirees, and we have everyone in between, from Ambassadors to CEOs to leaders of NGOs, UN workers, academics and teachers. We cover the whole spectrum. The balance is good between the genders, with just slightly more male than female readers. It’s exciting to keep each demographic group in mind when publishing each day.

What makes a good intern at XpatLoop.com?

Good interns are good! Meaning there’s a magic that comes about when an intern positively engage in the challenges we mutually set. Good interns look for assignments themselves. They’ve got initiative, they come forward with considered ideas. A good intern and editor / publisher always have strong teamwork, a plan of action, and a good writer doesn’t mind receiving feedback, they ask for it, and accept constructive criticism.

What is the atmosphere like at Xpatloop? Is it casual, while bearing in mind that you know when to work and when to have fun?

Exactly. For example if we’re interviewing a general manager at a hotel, they will most probably wear a shirt and a tie, so we try to dress accordingly, it usually helps as it’s a sign of respect. While there are times when you have to be smart and wear a suit, there are times when an interviewer can dress very casually, like at a concert. We give our writers a lot of freedom to decide what’s best.

There is freedom, but nevertheless there are expectations?

Correct. We have a mutual goal, so we all know what we want to achieve. We give an intern deadlines to work with, and they can write whenever they decide, as long as they complete the task on time. Simple stuff that works well, we’re professional in a friendly way, so we sometimes get interns who continue with us even after their formal internship is complete.

Thank you for your time and good luck!

Thank you for the interview.