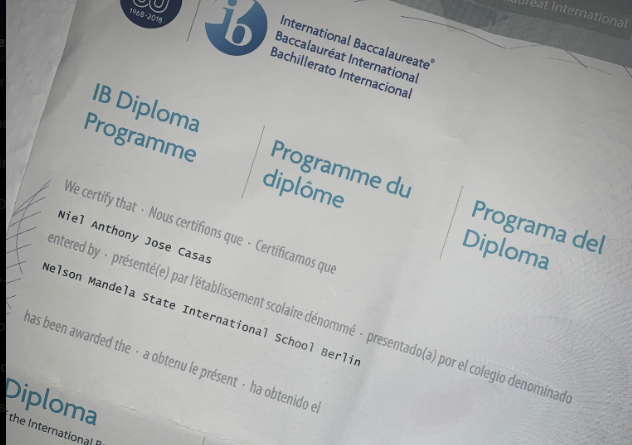 Since its founding in 1968, the International Baccalaureate program as one of the most recognizable and prestigious alternative high school programs, has never encountered a threat to modern education as with the COVID-19 pandemic. Whilst unfamiliar to many, the IB Programs reputation as a beefed-up high school program that excellently prepares high school students for university, is highly recognized in secondary institutions around the world. From the University of Tokyo in Japan, to our very own McDaniel College, many various benefits exist for those that hold the degree.

Case in point, in McDaniel College Budapest, just getting 62% with 28 points out of 45, will allow you to gain a €2,000 tuition discount. Furthermore, the in-depth preparation regarding college writing, extensive training in English literature and grammar, and college-level science programs, has allowed almost all IB Program graduates to gain extra college credits. As an IB graduate of the year 2018, I can only recount what seems to be distant memories of the IB program.

To start, the cramped classrooms where we had eight hours of lessons every day for two years, was suddenly halted in March 15 for Budapest’s four international schools offering the program. As with universities, all classes were ordered to remain online for the duration of the semester. As Sarah Thompson, a recent graduate of the British International School Budapest put her experiences, “It was the weirdest time for everyone because you know we’re still figuring out what to do with our lives. Like on one hand, we have to decide what university to go to, what gap year to take, and then a big pandemic hit. I mean some of us remember swine flu, but it was never like this. All of my university placements tests were actually cancelled so they just let people in based on their predicted grade. So basically, for people like me I’m totally fine, but I think not everyone is so lucky.”

Sarah’s experiences are shared by the thousands of IB students here in Budapest, and around the world. One of the main features, or should I say, dreads of taking the IB program, is the huge emphasis on the end-of-year exams that contribute to 80% of your final grade. Unlike many high school systems in Europe such as those in Budapest, much of your in-class work has little impact on your end score, thereby increasing the stress levels at the end of the year. Paired with university anxiety, then suddenly economic and pandemic insecurity, the IB Program Headquarters in Geneva, Switzerland, took the most unprecedented step: to cancel all May 2020 exams!

What was once a main tradition, was cancelled under the health risks involved, as well as the disadvantages many students have of taking online tests where they lack the technology required. Instead, their grades were calculated based on teacher recommendations, and their previous coursework. Of course, whilst this decision was necessary during this time, many graduates such as myself, drew outrage at the simple pass many students got, whilst we had to endure the trauma of end of year exams. While the pandemic cancelled all physical appointments, the extraordinary step of cancelling May 2020 exams has garnered a range of criticism, praise, and support between governments, graduates, and universities.