By Franciska Sipos.
If you are a music fan living in Hungary, having been submerged in the local music culture, you probably have come across these two rising alternative bands. Carson Coma and Csaknekedkislány have been linked together in many conversations, especially given that they both share the same keyboardist (Kun Bálint).

On September 15, Budapest Park welcomed 6,000 spectators to its famous ‘Grand Stage’. Which is a great number considering the auditorium can hold up to 10, 000. First to perform was the younger band, Carson Coma. The current lineup and band officially started in 2018 as a follow-up to a high school project. The boys’ signature happy-go-lucky attitude and retro/60s sound felt like a fresh breeze on that Wednesday night especially after the tiring times and anxieties surrounding COVID-19. The stage was illuminated in red (one of the symbolic colors of the group), which made the presence of the concert more wholesome and significant. The band’s front man, Giorgio Fekete, took things to a greater height by appearing in a rainbow-colored sequin suit and makeup that carried the likeness and vibe of the glitter looks in HBO’s Euphoria. Carson Coma has been the number one mainstream band to promote LGBT acceptance and welcome fans from all backgrounds. Their songs Pók and Peti és én (Peti and me) have been a direct response to the anti-LGBT sentiments by the Hungarian government. 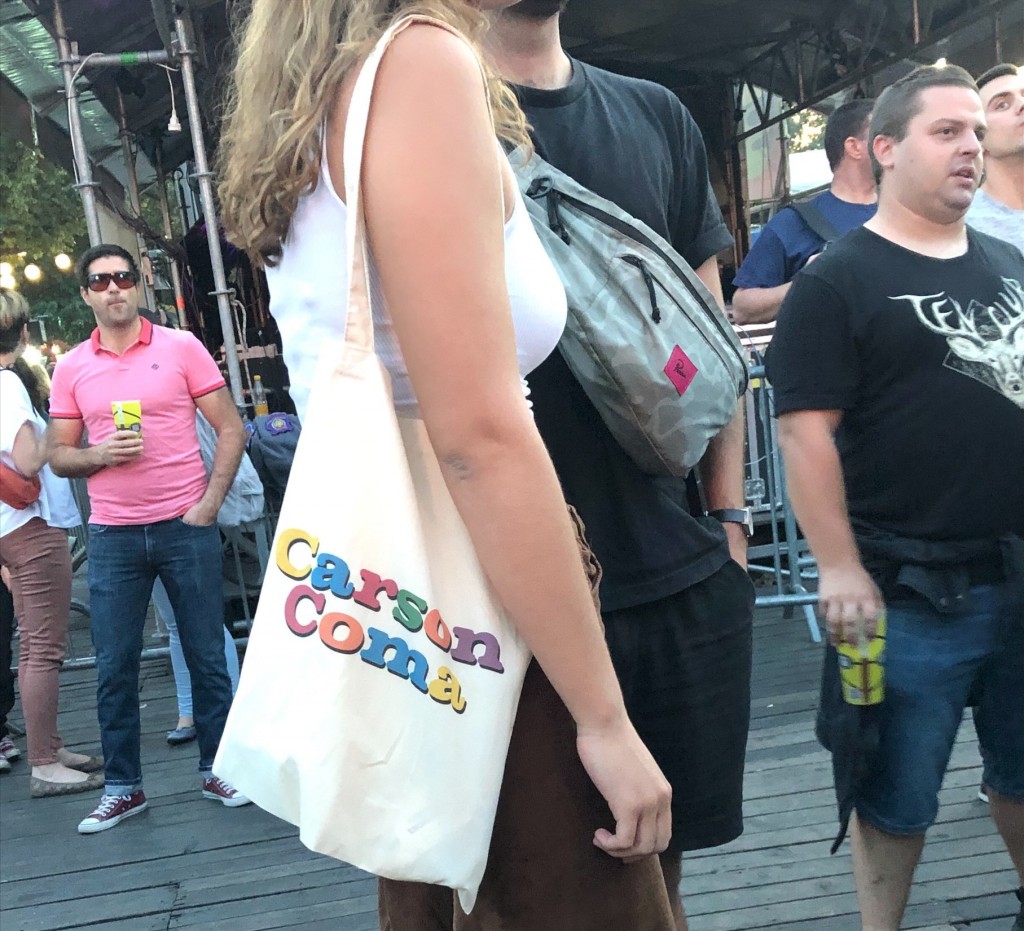 During the second half of the concert, Csaknekedkislány brought a more mature sound compared to their usual 80s, Hungarian inspired jazzy psych-rock music. All to the backdrop of a stage lit up in blue, with their logo. However, the performance was even more extravagant than before. Firstly, all the members dressed in lab coats and random accessories. The insanity of their performance continued on, as lead singer and absolute mad man, Csepella Olivér danced around barefoot. Later on, he declared his love for his wife and decided to stage-dive, which was followed by some fans jumping on the stage and doing the same. This really drove the audience crazy, with people either moshing or jumping around.

These two bands are essential to the true Hungarian concert experience. They definitely make sure their audience is entertained. You can catch Carson performing in Budapest again on December 4. As for Csaknekedkislány, they haven’t released any tour dates yet. However, if you check up on their Facebook account, you can be up to date where they will perform in Budapest during the fall season.