The Hungary-Italy match took place on September 26. The stakes were high, since the winner of the match would proceed to the finals of the Nations League.

Italy won the match by a well-deserved 0-2 margin. Azzurri goalkeeper Gianluigi Donnarumma was undoubtedly the best player on the pitch, as he conceded no goals, and pulled off some spectacular saves – just like in the Euro 2020 Final against England. The young Italian has a bright future at Paris Saint-Germain, where he’s become the number one goalkeeper, pushing out former Real Madrid legend Keylor Navas.

Despite losing at home, the Hungarian national team has done itself proud: Hungary beat England home and away, and also triumphed over Germany in Leipzig. This achievement took them to second place in the third group of the Division A.

The Magyar team has improved massively since Euro 2016, qualifying for both Euros in the past five years and reaching Division A of the Nations League. This development came after good coaches were brought in to manage the Hungarian National Team, such as Pál Dárdai, Bernd Storck and Marco Rossi. 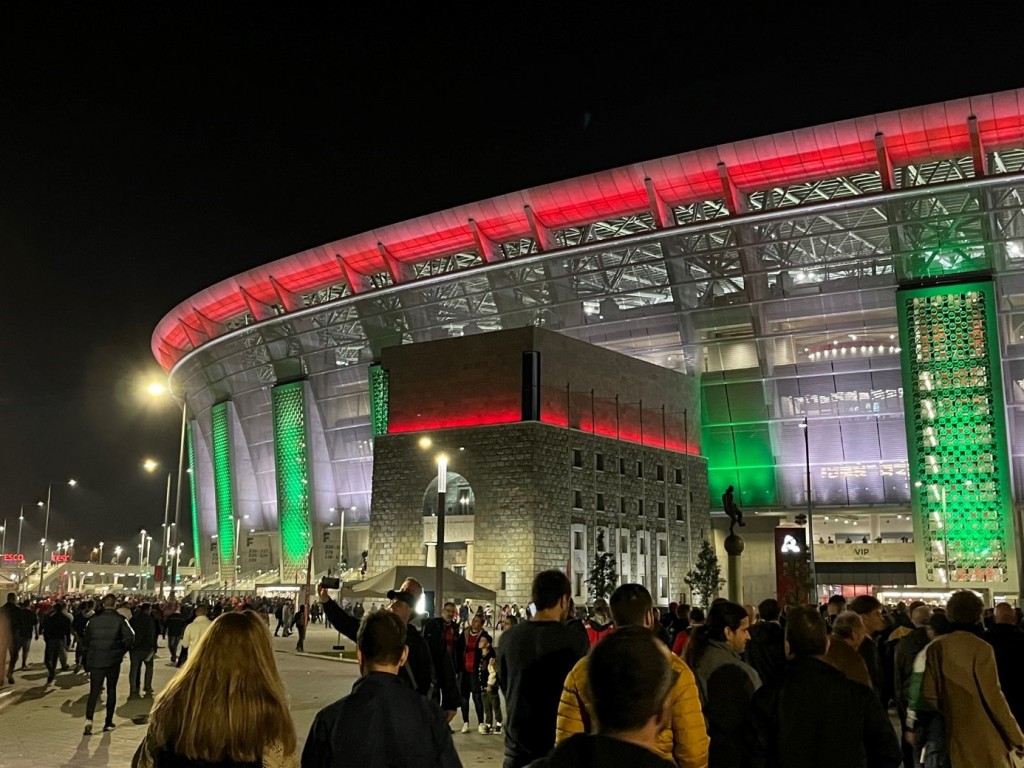 It was the last match for Hungary’s captain, Ádám Szalai. He’s had an amazing career in football, scoring both in Euro 2016, leading the team to the quarterfinals, and almost repeating the same achievement in Euro 2020, against Germany. Despite this, Szalai was a controversial figure in Hungarian football. Many called him a slow player, who was not a proper goal scorer, but his role was more than just putting the ball in the net. He organized the team, was the first man in the line of defense and was also a key player in Rossi’s Gegenpressing tactic, which was invented by famous Austrian coach Ralf Rangnick.

Szalai was the captain of the Hungarian football team and a true leader. The Puskás Ferenc Arena gave a standing ovation during the substitution of the retiring captain, which made his farewell a glorious, but sad one.

Another notable player on the Hungarian Team was Milos Kerkez, who debuted in a winning team against Germany and also started against Italy. He performed well in both matches, and continued his good form in his team, AZ Alkmaar, when he scored against Groningen in the Eredivisie.

In the Italian Team, young striker Wilfried Gnonto impressed the crowd with his dribbling skills and incredible speed. He could not be held back by the Hungarian defense and was very impressive during the match. He signed up for the Premier League this summer when he joined Leeds United, where he is still yet to make his debut. Surely it will be sooner rather than later.

Throughout the whole match, Italy dominated, creating a lot of chances, and defending well. Hungary did its best to score also, but Donnarumma kept all of the shots out of his net. There was a controversial moment in the second half of the match, when Martin Ádám was pulled back by an Italian player, but the VAR (Video Assistant Referee) decided that it was not a penalty, breaking the hearts of the Hungarian supporters.

The match mattered for Italy because it has not qualified for the 2022 World Cup in Qatar, which was a big shock and embarrassment for Italians. After Italy winning Euro 2020, everybody expected the Azzurri to qualify for the World Cup easily, however, have failed to do so. This has caused an outrage in Italy, and many Italian fans have demanded the sacking of Coach Roberto Mancini. The Italian Football Federation decided to trust Mancini and keep him as coach. Mancini has to complete a full generational transition in the Italian Team, since senior players such as Giorgio Chiellini or Gianluigi Buffon have retired from the national team.