“You are what you do” at Heroes Square!

Philip Zimbardo shows how we all can practice everyday heroism and help Hungarian society achieve the mental and attitude transformation needed to realize its full potential in the 21st century.

Philip Zimbardo, one of the best known psychologists in the world and the man behind the prison experiment has come to Hungary for his next big project at Heroes Square.

Philip Zimbardo was born in 1933 in New York into a Sicilian migrant family. He graduated in Psychology from the Ivy League, Yale University. After he has spent years at NYU and at Columbia in 1968, he started lecturing at Stanford, where he introduced his famous prison experiment in which he separated male student volunteers of Stanford University into groups of prison guards and prisoners. The experiment was planned for two weeks; however they had to break it off only after six days, because of the brutal and inhuman behavior of the prison-guard students. Zimbardo claims that the experiment proves that good and bad is an integral part of each other, in the means of: despite an individual’s morals bad can be brought out of anyone by a bad situation, such as the ghetto or a prison. 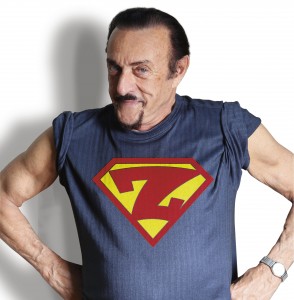 The Heroes Square program is a start up program located in Hungary. This program is the first in its own category to be put into practice. Zimbardo together with Péter Halácsy, initiator and co-founder of the program and of Prezi, plan to change the whole mentality of Hungarian society. Hungarian people tend to be seen and described as pessimistic, anxious and always complaining. Referring to an example of his on the question of: Why do people do bad things? Zimbardo mentions an English saying, which is the following: a bad situation “is the result of a few bad apples in an otherwise good barrel”.He claims that in lot of cases leaders refer to this saying, in order to shake down responsibility. However, based on research, he claims that indeed in lot of situations good people who did bad things, were put in a bad situation originally and could be made capable of doing inhuman things, regardless of their values and norms. What needs to be understood here is what is in the situation that depraves the people in such a way. More important, who are the ones who create and maintain the bad situation? Indeed, people are always part of a certain social environment to which they are exposed to, such as family, friends, school or rather a judiciary, cultural and economic environment.

“In Hungary there are a lot of problems, but the biggest one is concerning the way people think. It is important, not to focus on problems by being pessimistic and skeptical but rather see opportunities, and believe in being able to change things” –says Péter Halácsy.

Heroes Square is supposed to focus on pulling Hungarian people out of this common disinterest, insensitivity and passivity. Zimbardo and Halácsy really believe in the project and are willing to work very hard in order to carry it out. Founders of the program claim that what they want to achieve is a world, in which people dare to stand up and do something for their fellows. Heroes Square ensures a platform for individuals, civil organizations and companies who share these ideas and believe that everyday heroes are needed to inspire our surroundings. They want to inspire people to go from ordinary people to ordinary heroes, by helping each other. The goal is to make people more sensitive, for people to recognize situations which they can change and in which they can help each other in any means.