Having a blast at lake Balaton

After arriving to Budapest just two weeks earlier, many study abroad students from the main campus went on a sightseeing trip around one of Hungary’s most prized possessions: Lake Balaton. This trip was both educational and relaxing. Within a three day weekend, we were scheduled to tour some of the prime locations around the lake.

On day one, we took the M7 motorway until we reached Tác-Gorsium. I, like many other people, sleep on long road trips so when we arrived I was in a complete state of shock. As the bus rolled to a stop, I lifted my head and thought, “Where are we, this is the middle of nowhere!”. Tác-Gorsium is an excavation site on the outskirts of the old Roman Empire’s boarders located a few hours outside of Budapest. Although this land was part of the Roman Empire, it was the equivalent of being exhaled. Romans spent their entire lives here protecting the boarder, but since they were so far from more traditional roman culture, they began to mingle with locals.  The offspring of this mix is now part of what makes up Hungarian culture.  The excavation site in Tác-Gorsium included a Villa of the Governor, a forum cum amphitheater, and even the layout of an old communal church.  From there we set off to reach the Tihany Peninsula. 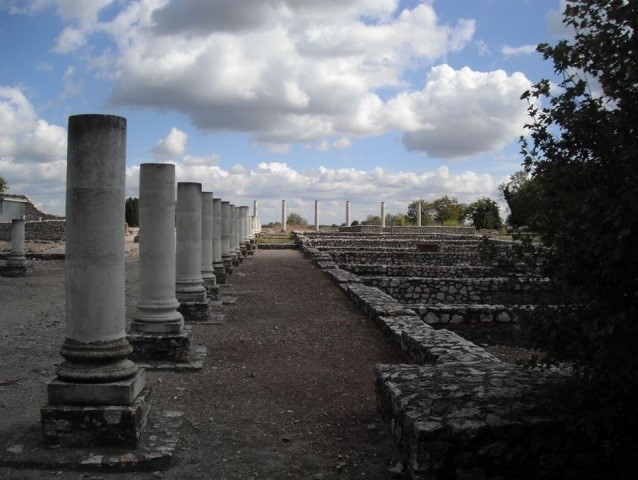 After a half hour bus ride and 20 minute ferry ride across the Balaton, we reached the tiny Peninsula of Tihany. This small Villa like town, featured many hills, stone-houses, and an early Romanesque Church founded by King András I. The Church sits at the top of a hill, giving a panorama view of the Lakes clear water. I was not impressed by the churches beauty from the outside, but once inside I was in complete awe. The church was lined from head to toe in gold and a maroon marble.  On many days, including the day I visited, it’s not unusual to see people parasailing on the lake. Tihany not only uses its peninsula shape, but also high hilly landscape to portray itself as the dream vacation location for many Hungarians. 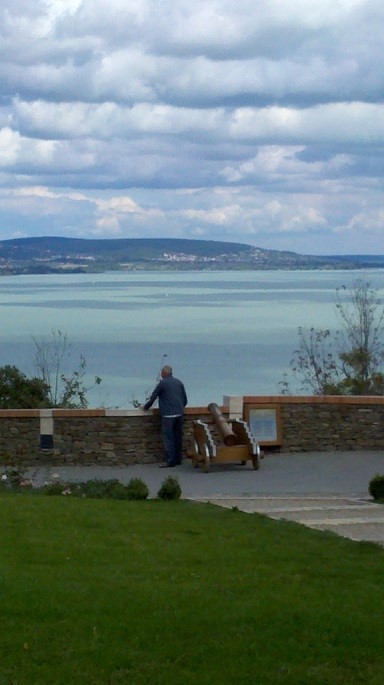 Later that night we checked into our hotel, oddly named, Hotel Park. We took a stroll through downtown Balatonfüred a town with many little shops, a natural mineral water fountain, and small park. Not far from the park there is a small memorial statue in memory of 32 people who died in a shipping accident.  Next I will discuss my favorite part of the trip.

After a night on the town of Balatonfüred, we traveled to the town of Tapolca.  Tapolca is a really old village known for its small vineyards and dormant volcanos. However, we visited a section that featured an underground cave filled with crystal clear waters. I know your probably wondering, just how did they find this place. Tapolcai- Tavasbarlang, the lake cave, was founded by a baker. The baker had owned the property above ground, while trying to establish a well his land he noticed water began to spring up. Later, a conservation group claimed the land to protect it, because the cave contained a breed of fish called Göte pike which can only be found here. 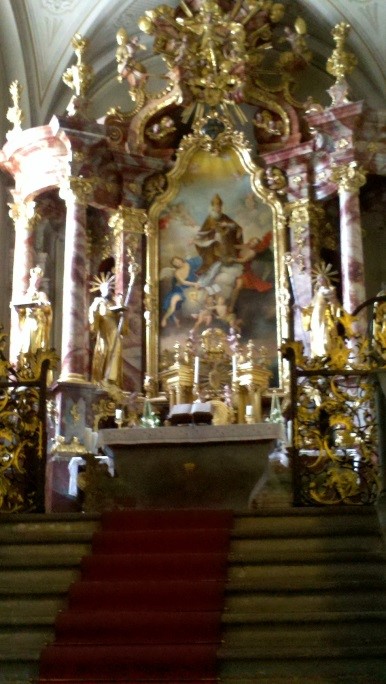 We rounded off our trip at Lake Balaton by going to an 18th-19th century French Chateau, which had been refurbished after the turmoil of World War II. And soon after that we visited the world-famous porcelain factory of Herend. To briefly describe the quality of Herend, I would say. In the car world, there is Bentley Motors, and in the porcelain world there is Herend. 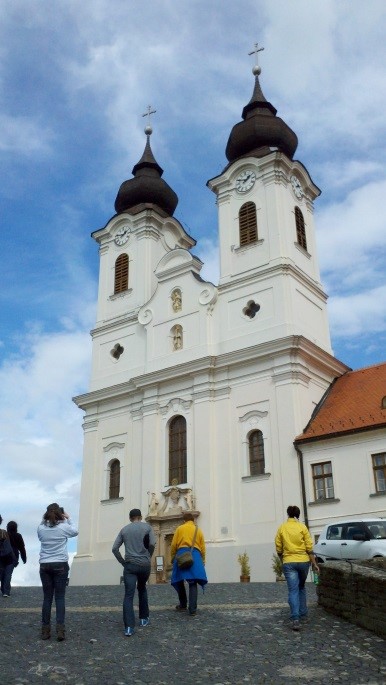