Has Life in Hungary Changed for the Better since 1989?

On March 11 2013, several thousand people gathered in the evening near the offices of Hungarian President Janos Ader, asking him to veto the latest amendments to the constitution approved by lawmakers that day. Among others, the amendment restricts the power of the president and the Constitutional Court by preventing them from reviewing changes to the Fundamental Law other than for procedural errors.

This was the first time since 1989 that Hungarian democracy was seriously questioned in the European press and by EU officials.

Have we turned back on the road to democracy? 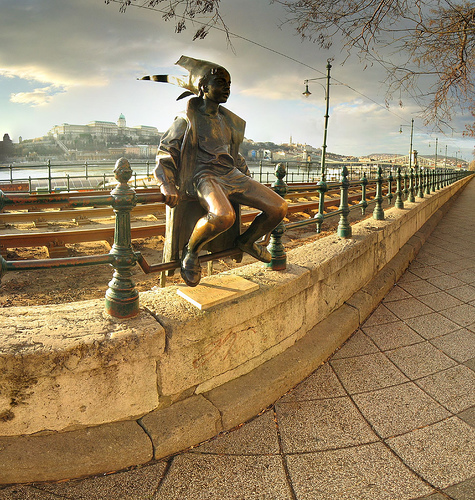 Along with other former Eastern Block countries in 1989-90, Hungary underwent a dual transition from centrally planned economy to market economy and from a socialist authoritarian state to a democratic republic. During the past 24 years there have been social, economic as well as political ups and downs, and the assessment of the changes is controversial.

One of the most obvious changes  was the granting of political freedom, certain civil liberties and human rights such as the right to free elections, the right to protest and freedom of association, freedom of expression, information and the freedom to exercise religion.

The first free parliamentary elections were held on 24th March 1990 with candidates from more than 10 major and several minor parties. Before 1989, there was a one-party system inHungary. Although parliamentary elections were held every four years, there was usually one candidate for each constituency, usually that of the Hungarian Socialist Workers’ Party, which made both the elections and law-making formalized.

In the socialist era, it was illegal and unimaginable to protest against government policies and measures. Now every citizen has the right to express opinions and to assemble in a peaceful manner. There used to be a strict party control and censorship which meant the restriction of the freedom of the press, the review of books, films, theatrical performances and works of art on the basis of party political interests.

Undoubtedly, we can say that people in Hungary have gained much in terms of freedom since 1989.

However, we still have a lot to learn in respect of political culture and democracy.  Subsequent governments and majority parties usually discredit themselves by the end of their four-year election terms. Consequently, in the subsequent elections citizens vote for any other party rather than the governing party irrespective of their suitability. This happened e.g. in 2010, when the conservative FIDESZ party won a two-thirds majority in parliament and has been passing laws without a sufficient say of the opposition parties.

Has a market economy proved to be advantageous for Hungary? Yes and no.

In terms of opportunities, then we can say yes. Some people have had the opportunity to establish their private enterprises and to prove their expertise. People have gained access to a much wider range of goods and services and have been able to enjoy a higher quality of life than before.

In respect to domestic economy, the outcome is not so evident.

In the socialist era, Hungary was the member of COMECOssN (Council for Mutual Economic Assistance), an economic association of the Eastern Bloc countries. When COMECON was disbanded in 1991, Hungary lost the majority of its markets, whole industries became redundant, giant companies were closed down and some smaller ones were privatised. Hungaryhad to find new western markets and focus on the production of higher quality goods rather than low quality mass production. Newly funded large, medium and small enterprises were not able to provide work for those who had lost their jobs due to factory closures. It meant the beginning of massive unemployment which had been unknown before 1989.  The increasing rate of income taxes and contributions imposed a high burden on the employees in 1990-2010, while high corporate taxes made it difficult for enterprises to make profit or survive.

The once flourishing agricultural sector was stagnating for about 20 years due to the privatisation of collectively-owned co-operative farms, which used to provide work for the rural population and food for the domestic and East-European market. Fortunately, it has been slowly reawakening recently.

Although an increasing number of foreigners and expatriates have been choosing to settle down in Hungary, we Hungarian citizens are still dissatisfied with life in our country. It’s much less than we expected from transition. What most of us miss is secure living conditions for everybody, visible economic progress and a cooperative, constructive political atmosphere.