Getting bookish at Lotz Terem – Book Café; a café in a Neo-Renaissance ballroom

Lotz Terem, well known as Alexandra Book café, is one of the most stunning cafes in Europe. Located on Budapest’s luxurious street: Andrassyút, housed inside Hungary’s first modern department store, which was called Párizsi Nagy Áruház (Paris Department Store). The building started off its life as a casino in 1884, under the name of Terézvárosi Kaszinó. The heart of the building is the Lotz Hall, the billiard and ballroom of the casino, which has now been turned into the café.

After walking into the renovated and modern Alexandra bookstore on Andrassy út, the escalators take you to the first floor and direct you to an unexpected hidden place. At first glance, the marvel of a golden room stops you. It is a pot of gold; the astonishing 130-year-old Lotz hall that has survived through its faithful restoration. 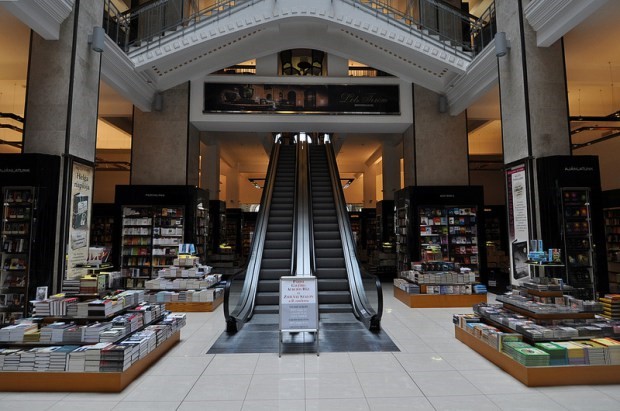 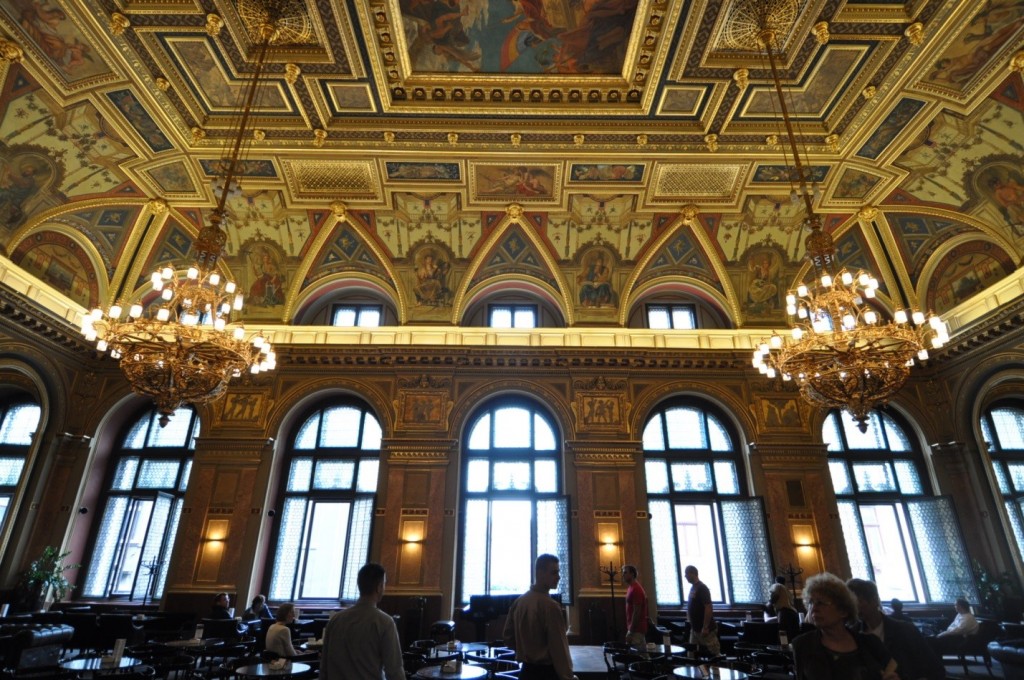 This is where you can find yourself in the heart of a glorious and charming atmosphere, which can rarely be found elsewhere. Freshly baked cakes, coffee, tea, cocktails, Hungarian wines, beer, freshly squeezed juice, etc. accompanied by live music in a majestic hall, creates a proper environment for inviting special or significant guests, dates, and holding important meetings. It is the best choice for the admirers of classical environments and places.
Light meals, salads, and sandwiches also can be ordered in the café for a reasonable price.  Food orders can be taken no later than 9:00 p.m. The café’s opening hours are from Monday to Saturday, 10 a.m. – 10 p.m.
All in all, Book Café, due to its unique and dazzling historical architecture, good quality food and drink, average prices, and friendly environment, has turned into a tourists’ hot spot, and a place for spending pleasant and memorable times.

Here is the detailed menu of the café’s drinks and foods: 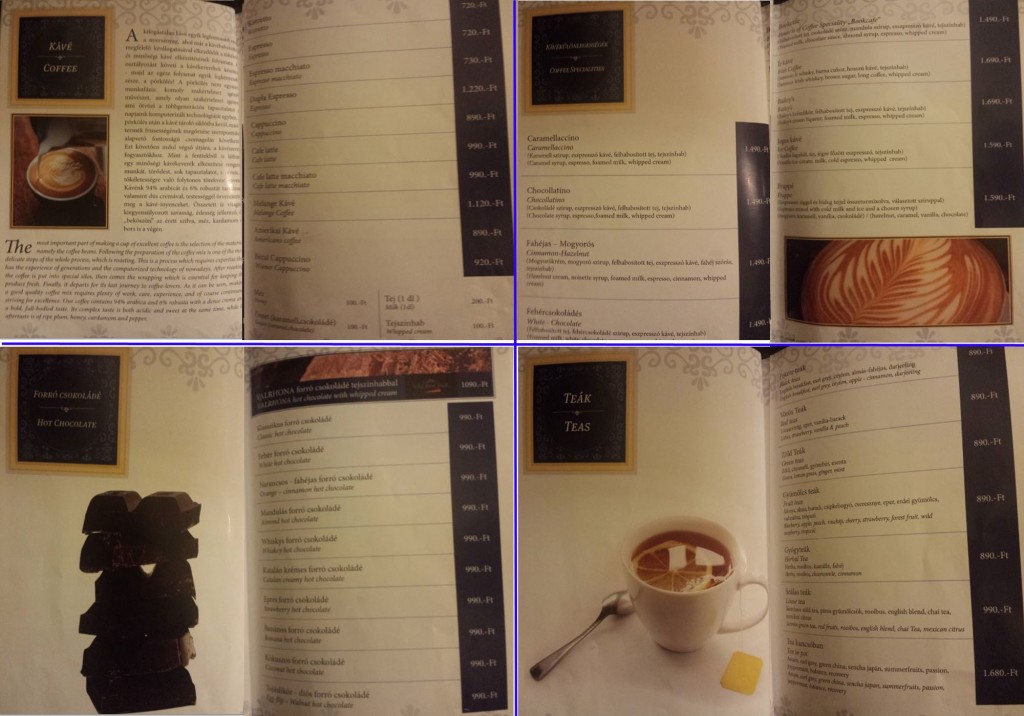 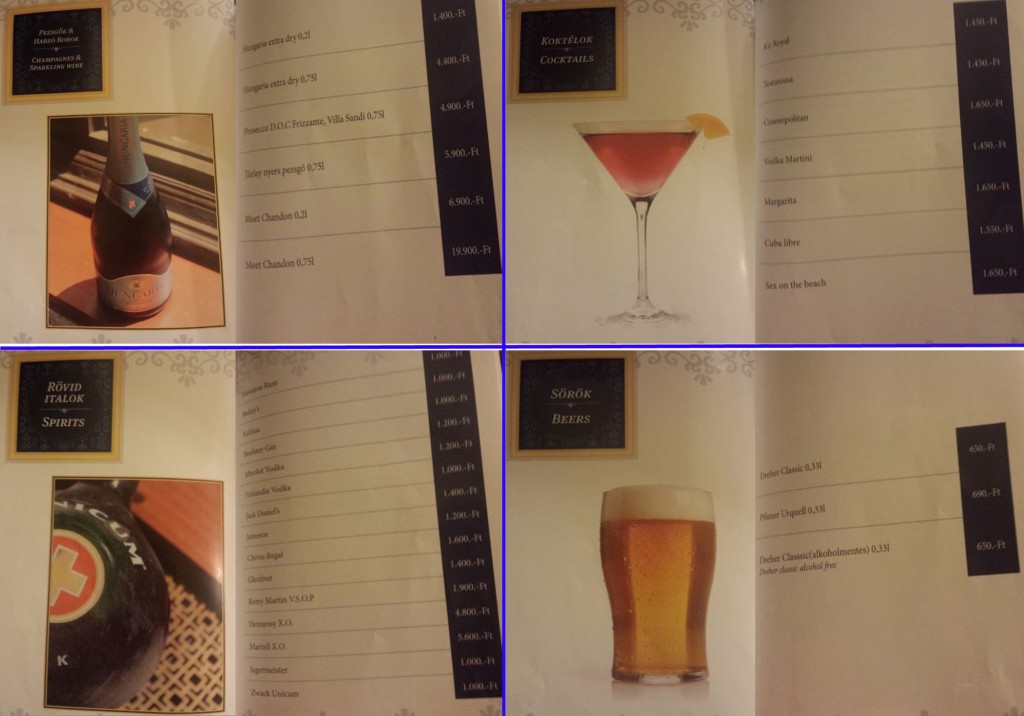 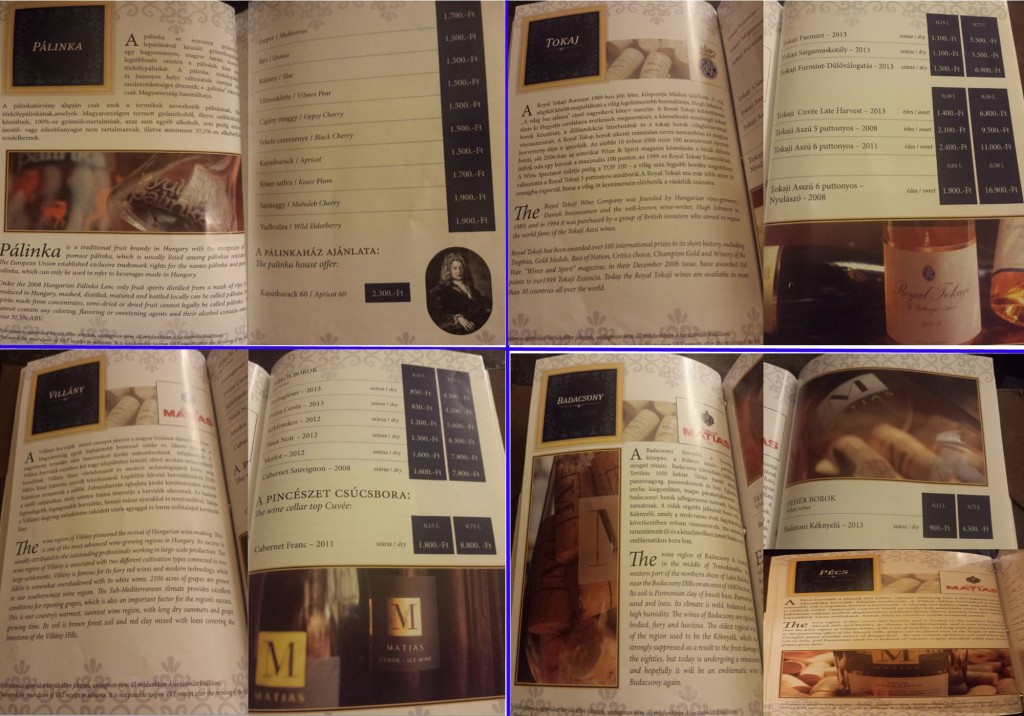 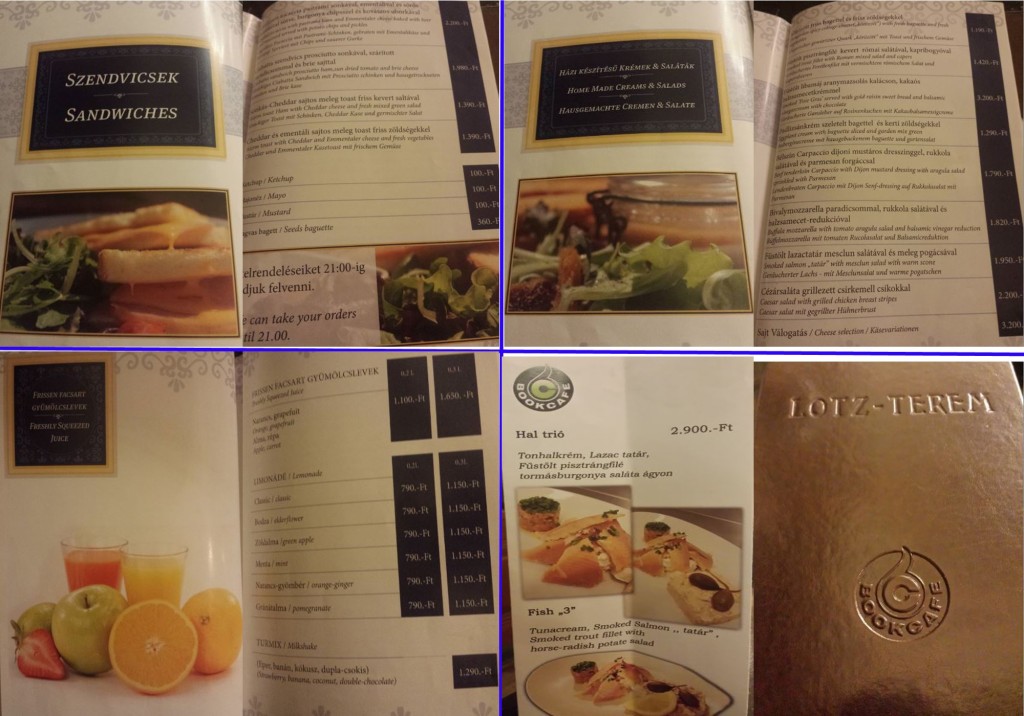 The café’s confectionary makes the cakes, desserts, and sweets, with classical flavors every day. The joy of eating the cakes can be completed with a favorable drink on the comfortable seats of the café. 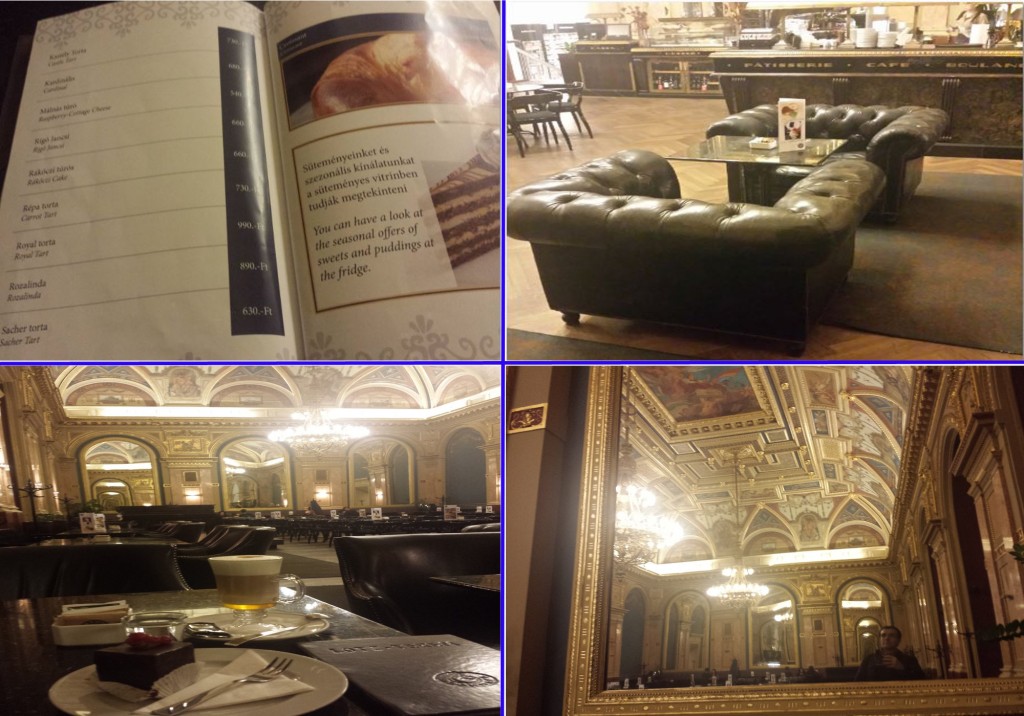 Public Transport: The café is a three-minute walk from the tram 4 & 6 station in Oktogon. The Bookstore/Cafe can also be reached by the Metro Line M1 stations, located between Opera and Oktogon.