Getting Around Town as Budapest Opens Up

With the infection rate of Covid-19 having been on a general downward spiral in Hungary for several weeks, on June 16 the Hungarian parliament terminated the state of emergency that was imposed in March. Many public buildings, such as the National Museum, the Hungarian National Gallery and Museum of Fine Arts, have now been reopened for a couple of weeks. As a result, this poses the question of whether it is safe to move around? What way of getting around is the safest? And also where should you go? 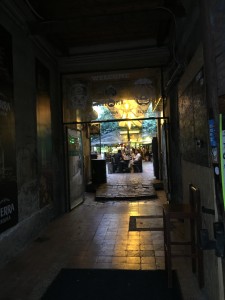 The answer is for the first question is “Yes”, with the state of emergency lifted, this means that traveling domestically is quite safe, as Coronavirus has been more or less contained, so if you want to go to a friend’s place, you can. The chances of getting the virus are very low, and if you follow guidelines provided by health organizations, such as washing your hands frequently and maintaining at least a one-meter distance between yourself and others, you should be fine. 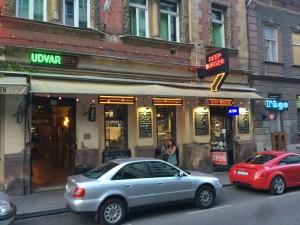 As for the second question, the answer is of course that private vehicles are the safest as you do not have that much interaction with strangers, while the riskiest is public transport, as you are more or less in an enclosed area with people you do not know. This also means that walking is also less risky than taking the bus. It is important to note that if you are using a private vehicle, free parking has been withdrawn and you will need to pay for parking.

For the last question, as mentioned before, public museums and galleries have already reopened and can be visited. Furthermore, many swimming pools, thermal baths (such as the Rudas and Lukács), and spa complexes have reopened, although the iconic Széchenyi thermal bath remains closed until further notice. Cinemas have also reopened but some have restricted schedules, for example Cinema city has shortened its opening times to: Mo-Fri: 14:00-21:30, for VIP: 16:30-21:30; Sat-Sun: 11:00-21:30, for VIP: 14:00-21:30. Moreover, many pubs and clubs have reopened, such as Szimpla and Instant. However, a new law has been passed recently in District 7, restricting opening hours and the operation of restaurants at night more strictly than ever before. It is not clear how this will affect pubs and clubs. If you want to see animals, the zoo has also reopened.

However, if you choose to move around town, there are still a few rules that you should follow. This is because there is a significant chance that Coronavirus has not disappeared yet, even the government is saying that they are preparing for a second wave. 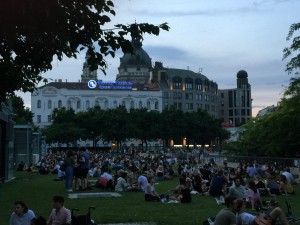 First of all, as many health organizations have mentioned, including the WHO (World Health Organisation) and the American CDC (Centers for Disease Control and Prevention), you should wear a mask at all times in public. However, does this still apply when the state of emergency has been lifted? The answer is “Yes”, as many public places that are planning to reopen or have reopened require the visitors to wear masks, such as museums and art galleries. It is also compulsory to war to wear masks on public transport and in shops as it is very hard to social distance. So, you should always have a mask on you, if possible. 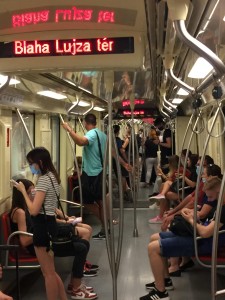 Secondly, if you have symptoms similar to coronavirus symptoms, you should not travel around, even if they are mild, then stay at home and self-isolate if possible. If this is not viable, then be sure to wear a mask to prevent the spread of the infection. 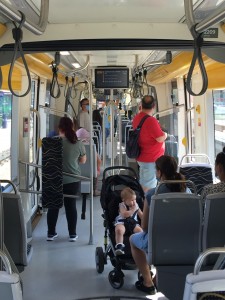 Finally, as Budapest has reopened most of its shops, there could be changes made, so make sure to read the news for more immediate information.