Get to grips with Persian Festivals 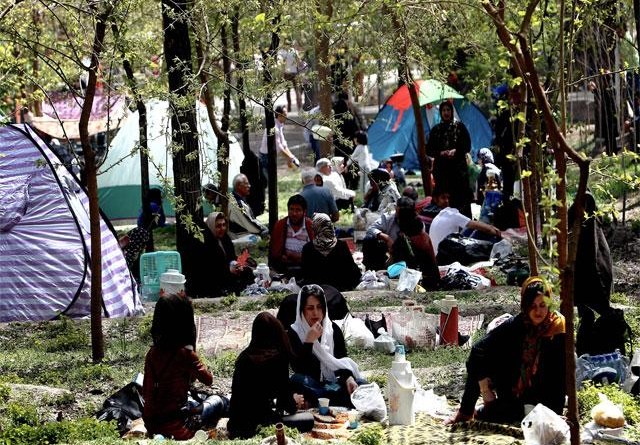 With the Persian New Year now well upon us, Nazanin Azizian gives the lowdown on the rich traditions, what is celebrated and how. The Persian New Year is called Nowrooz and is celebrated on the 21st of March, which is the first day of spring.

Nowrooz means ‘new day’ and is the beginning of a year on the Persian calendar. Nowrooz is a celebration of the Persian origin that dates back to over three thousand years ago. Today more than 300 million Persian people celebrate it.

Traditionally, a couple of days into the New Year, family members make trips to the market or Bazar to buy colorful clothes. In fact, family members not only buy new clothes, but also change certain aspects of their life in order to bring happiness.

Among the traditions to welcome the New Year, a table setting known as ‘Haft Sin’ is set up in the Persian households. This table includes a mirror with a candle, samanoo, wheat germ, apple, and garlic. The Zoroastrian holy book is placed on top of Haft Sin. There is also a collection of colored eggs, rose water, coins, gold, and red fish in water, and a grass called sabzeh, symbolizing birth and spring time.

The Persian people reminisce on old traditions during lunch or dinner on the first day, as the first meal to start the New Year.

Charshanbeh Soori is one of the most important events in Iranian culture, which is celebrated before the Iranian New Year (Nowruz). Also called Festival of Fire, the festival dates back to at least 1700BCE. It is celebrated on the last Wednesday of every year, starting on Tuesday evening and going until Wednesday morning, before the sunrise.

It is called Festival of Fire because it is just that – a fire-jumping festival! The Iranian people celebrate Charshanbeh Soori festival in order to get ready to welcome the coming New Year and the upcoming spring time.

The words Charshanbeh Soori translate to ‘Red Wednesday’, which refers to the redness of the fire. People make bonfires in the street, jumping over the flames while singing the traditional song which reads, “Sorkhi ye to az man; Zardie man az to.” This means: “Your fiery red color is mine, and my sickly yellow paleness is yours.”

People usually like to buy and enjoy different dried nuts, fruits and sweets, as well as a traditional kind of noodle soup, called ash.

In Hungary, Iranians usually have a small party or gathering to celebrate the festival where they simply light candles to jump over, as setting fires in the streets of Budapest might be unwise; regardless, they are content to celebrate this special festival in their own small way.

Sizdeh Bedar is the Persian festival of nature in Iranian culture. It is celebrated on the last day of Nowrooz, Persian New Year, which is the 3rd of April. As Charshanbeh Soori, or Festival of Fire, is part of the traditions to welcome the New Year, Sizdah Bedar is one to escort the celebrations away. Sizdeh means thirteen. It is called this because it is on the thirteenth day of the New Year. On Sizdeh Bedar, people leave their houses and go to the mountains and gardens around the city, believing that the day is malevolent and sinister. This begins before sunrise and continues until midnight.

Girls tie sabzeh, the Persian grass, together and make wishes to get married in the New Year. A ritual is performed at the end of the day and the grass is thrown away from the Haft Sin table. The sabzeh is supposed to have collected all the sickness, pain and ill fate hiding in the path of the family throughout the coming year.