Get results or get sacked 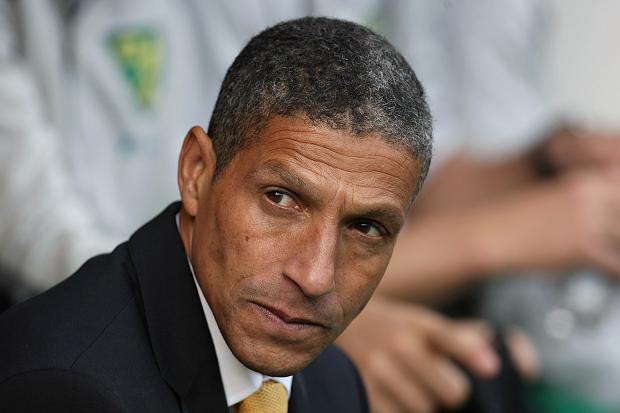 A developing trend in English football has taken a new toll this season as many football managers are being sacked out of their managerial positions.

Football is about getting positive results. As a Football manager, one of your main aims is to get good results that please your fans, the players and Club Officials. In recent months, the English premier league has witnessed the sacking of football manager within very limited amount of time. Former managers like Roberto Di Matteo, Michael Laudrup and Andre Villas Boas are among the few who lost their Jobs as football managers within a short period of time.

At the beginning of the 2013/2014 season, Tottenham FC was considered among the favorites to win the Premier league title. To recap, the London club sold one of its prolific player Gareth Bale for a record transfer fee of £85M to Spanish football giants Real Madrid. Former Spurs coach Andre Villas Boas (AVB) was handed the opportunity to make a difference in the league by signing new players like Roberto Soldado, and Erik Lamela. AVB and his boys could not bring in results for both fans and club officials.

AVB misery started out earlier in October when Tottenham lost at home to West Ham United 0-3. Later on in November, Spurs lost away to Manchester City after a 6-0 thumping from Manuel Pellergrini’s men. Tottenham FC was further humiliated by Liverpool FC after a shocking home defeat of 5-0. The embarrassing defeat to Liverpool FC at home finally saw the Portuguese axed from his managerial position. According to Sky Sports, Villas Boas was in charge of the London club for only about 18 months.

Another recent example was the dismissal of Italian Manager Paulo Di Canio. The 45 years old Italian was appointed manger of Sunderland FC on March 23 2013. However his spell at the English club lasted for only 13 league games as he was later sacked in September 2013. According to BBC sports, Di Canio “won three of his 13 matches when appointed in March last year”. Although the 45 years Old Italian was not only sacked due to poor results. According to the telegraph sports, he was as “an aggressive coach who bitterly criticized his players with abusive words while questioning their professionalism”.

Moving to South West London, Fulham FC recently sacked Rene Maulensteen who was in charge of the club for only 75days. According to daily mail sports, the 49 years Old Dutch manager won 3 Bundesliga titles while managing Bayern Munich and Wolfsburg in Germany. The Dutchman also worked under former united boss Sir Alex Ferguson as a coaching staff. His sacking came due to the fact that Fulham FC sits at the bottom of the league table in 20th position.  Fulham finished 12th on the league table during the previous 2012/2013 season. It no surprise that two coaches have already been sacked this season. Maulensteen, who was appointed earlier in December 2013, has now been replaced by Felix Magath who was also a former manager of Bayern Munich.

Elsewhere in England, new Manchester United boss David Moyes would be hoping to retain his job as his new squad has been playing on a different ball game this season. Manchester united finished on top of the league table last season with the premier league title to back it up. This season however, the red devils have played a total of 27 league games winning 13, losing 8 games and drawing 6 games. Perhaps the biggest upset was the recent loss to Greek football team Olympiakos in the UEFA champions’ league. Debates have been rising up on whether the under fire boss should be given more time or sacked from his job. Although Manchester United hopes of gaining the top four spot this season looks impossible at the moment as the team currently sits in 7th position of the league table.

Other Managers who have been axed from their managerial position this season include Steve Clarke of West Brom Albion, Michael Laudrup who won the capital one cup with Swansea FC last season and Ian Holloway of Crystal palace. The bottom line is that if you can’t handle the heat as a football manager in England, you better leave the pitch before you get sacked!