The fracking truth about the game-changing new gas extraction method 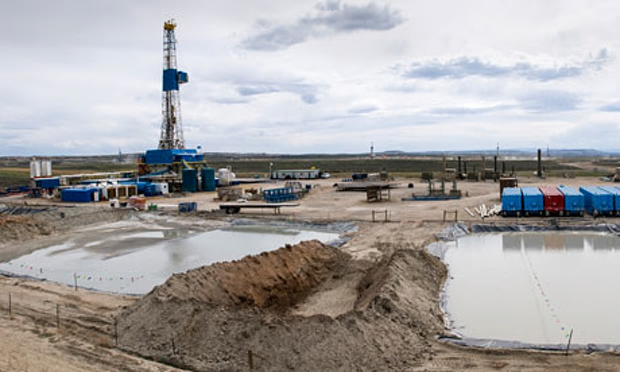 Fracking has become an increasingly popular form of gas production that has revolutionized the US oil and gas industry, allowing it to be no longer reliant on imports. The real term is hydraulic fracturing, but it is more commonly known as fracking. Fracking is the process of drilling into shale rock, then injecting fluid into it at a high pressure to release natural gas. The fluid that is injected is a combination of sand, water and chemicals. This form of oil production proves to be controversial due to the fact that it uses dangerous chemicals to extract the oil. Some of these chemicals include; benzene, toluene, ethylbenzene and xylene. The chemicals though, are not the only problem with fracking, new studies are linking fracking to an increase in seismic activity. The risks of fracking outweigh the benefits and therefore should only be used with strict regulations.

There are approximately 40,000 gallons of water and 600 different chemicals that are used in each well that is being fracked. Some of the chemicals are known carcinogens and contain other toxins. Not all of the chemicals are harvested during the process of fracking, and the remaining chemicals are left in the ground and are not biodegradable. These chemicals are potentially harmful to the people in surrounding areas as well as the ground. There is little to no hope that anything will be able to grow there in the future, so once an area is fracked the land is then wasted.

In the US, 300,000 barrels of natural gas are produced each day by fracking alone. Dave Mica, the executive director of the Florida Petroleum Council said “oil and gas activity creates the quality of life that we have in the United States…We can produce jobs, become less dependent on foreign sources of oil and gas and we can produce energy right here at home.” This proves that though fracking may be somewhat toxic, it provides ample amount of economic stimulation that make it worth it. But, it is not just in the US where you can see the economic benefits that fracking has on the economies. In Nova Scotia, $1 billion a year in capital for 40 years will be the profit from using the process of fracking to extra 800-1,600 jobs. Fracking provides income to the states and countries that do it because oil is such a hot item. Since fracking in the US has begun there has been a tremendous decrease in the prices of both oil and gas (petrol).

During the process of fracking methane gas and other toxic chemicals leak out and contaminate the nearby ground waters. Statistics show that methane concentrations are 17 times higher in drinking water near fracking sites. The contamination in the water has proven to have, in multiple cases, to cause respiratory, sensory and neurological damage. This causes many risks and concerns for those who live around the areas of fracking. One citizen who lives near a creek that has a fracking site near it, Brenot Creek, said to the CBC “You can’t play in it. You can’t fish in it. You can’t drink it. Your stock can’t drink it. Someone has to do something to get our water back.” Because of the risk factors may people are displaced from their homes.

All industrial processes have risks, but what makes this one any different? For example, smelting, disinfection and pyro processing all use chemicals in their processes as well. These are all things that happen daily around the world, yet you never hear of anyone upset with them being used. It may be true, that they do not use as many chemicals as fracking does, but nonetheless they are still used and put into the atmosphere.

One of the other concerns of fracking is that it causes seismic activity. In the UK, in 2011, there were two small earthquakes reported in the Blackpool area in northwest England that were directly related to fracking. Drilling down deep into the earth, then injecting a lot of fluid at a high pressure is not natural therefore causes disturbances from within the ground. These disturbances can cause damage to property and people depending on how severe they are.

Though fracking has a benefit on the economies of those countries that use it, the risks that it carries with it do not add up. Fracking pollutes the air and water near it causing potential harm to anyone in the area. An increase in seismic activity is not only harmful to the earth, but also to those in the surrounding areas. Fracking can be beneficial in some economic ways, but should only be used under strict regulations in low populated areas.