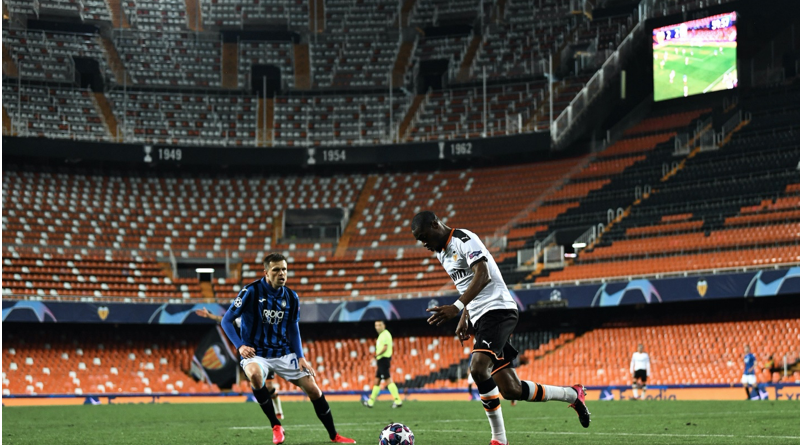 It seems very strange for players and fans alike but containing the spread of coronavirus is more important than money.After the Covid-19 pandemic and the spread of the virus to the whole world, football suddenly saw itself in a great danger. Either fans attending matches have to sit with social distancing (less common) which means decreased amount of ticket sales, or all the tickets had to be refunded as a whole with empty stadiums. Players were getting infected, fans were too afraid to go the stadium and etc. The football community was and is facing one of its biggest challenges ever since the sport was invented back in 19th century.

Because of the players being at risk, all the games had to be postponed or cancelled, so in addition to no tickets being sold, no one can even watch it at home and that means no TV rights money either. Without any revenue how can a football team survive? They had to either cut salaries or fire people from the staff, something which a lot of teams did. Liverpool were even sued for firing too many people.

Every major league was facing very serious conditions. For example, players were told the Premier League faces a financial penalty of more than £750m if the season does not resume and broadcasters demand refunds on games that are not played. They proposed 30% salary deduction over a 12-month period that equates to over £500m in wage reductions and a loss in tax contributions of over £200m to the government.

In France, the football authorities decided to announce the current leading team (Paris Saint-German) as the champions and end the current season. Spain’s LaLiga resumed after three months absence with the Seville derby played behind closed doors at the Ramon Sanchez Piz Juan. Despite fans being banned to attend, around 200 supporters, almost all masked against the virus, still gathered around the stadium, in the center of the city. There were 600 police on horseback to greet them. “It’s very bizarre, it’s different. This derby behind closed doors makes us sad, but despite that it will still be intense.” 23-year-old Laura Marin, a Sevilla supporter told The Guardian.

Another Sevilla fan, Jose Luis Meana, said he would follow the game on the radio. He added: “We don’t know what form the players will be in. We also hope that there will be no new wave (of the virus) with people gathering.”.

We’re getting used to seeing games played in empty stadiums, and as the coronavirus continues to be a threat across Europe, it seems there’s going to be a lot more of it – assuming games are played at all, in best case scenario. For players who are used to selling out every stadium they play in, and fans used to be there to see them, this is all very absurd. A full ground definitely makes a game feel more special. Perhaps players will find the absence of people tendency and noise distracting for a while. That special match day atmosphere is not there, and the energy they get from the fans, the buzz that can give them a few extra per cent during a game, is missing.

In this ranking, the best fans, the most devoted, are the ones who travel home and away with their team, spending hours and days on buses and trains, sacrificing everything for the love of their colors. Just behind them are those who go to home games, the ones who make the commitment to build their weekends around their teams, who make football the centerpiece of their lives. Occasional match-goers get some kudos; those who turn up only for the big occasions. Nonetheless, Football is highly dependent on the crowd and the fans, so this situation cannot go on for long. Let me put it this way: they are the soul and spirit of this sport and without their love and commitment football would not be this global phenomenon.