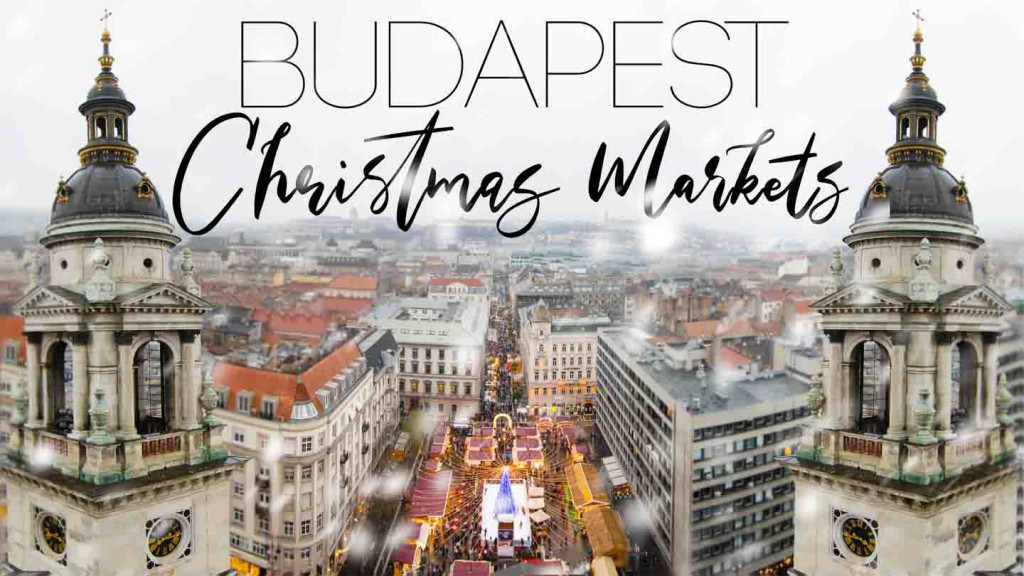 Just like many other European cities in December, Hungary’s capital, Budapest, takes a shower in Christmas lights and snowflakes to transform itself into a highly operational Christmas market hot spot.

Starting from mid-November, usually up to New Year’s Day, the Christmas markets of Budapest colour our monotonous city lives.

Old outdoor cottage-style wooden stalls spread all over the city in its most visited parts. During this Christmas market season, even the neighbouring streets have that well known Christmas market ‘scent’, a mixture of gingerbread, mulled wine and cinnamon, in the air – simply dragging people by their noses to the market.

The oldest and best known Christmas market from the endless list is at Vörösmarty tér. It has been attracting people to enjoy its unique atmosphere since 1998. Just at the heart of Hungary’s capital, at the end of Váci utca, the Budapest Christmas Fair and Winter Festival at Vörösmarty Tér introduces everyone to a real European Christmas market. 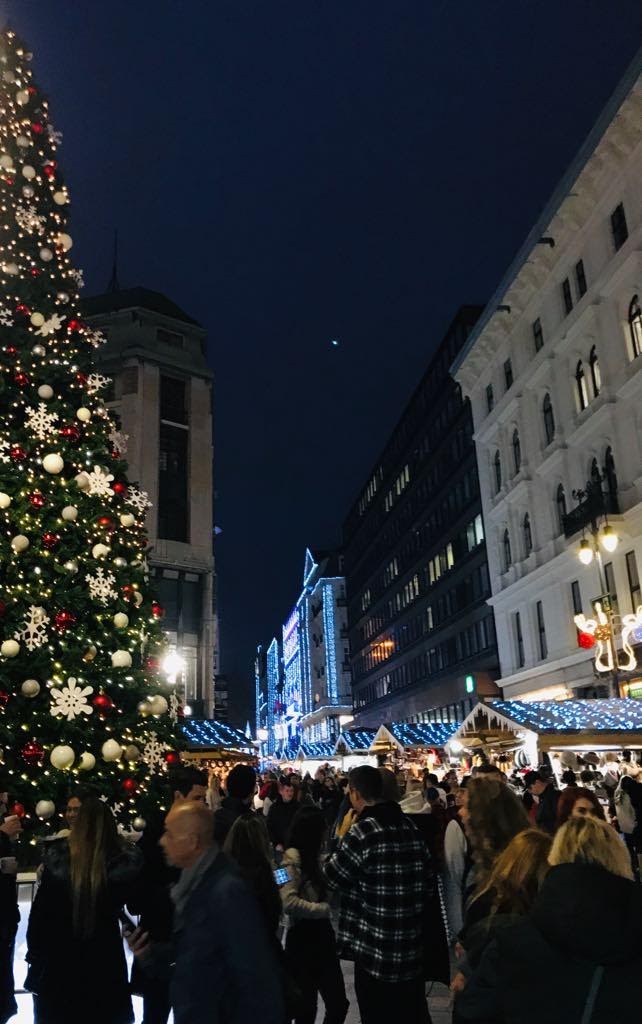 Besides the well-known dishes and local specialities, such as kürtös kalács, rétes or flódni, traditional Hungarian Christmas dishes are available for the bravest ones to truly become acquainted with the most unique tastes. Starting from stuffed cabbage, roasted goose legs, roasted pork knuckles, all the way to grilled sausages and many more meat dishes can be tasted and enjoyed. For the most open-minded, Hungarian culture lovers, there’s a speciality that must be experienced. That unmissable, one and only speciality, a stew made out of rooster testicles (kakashere pörkölt), is definitely one of the most controversial dishes of all. It makes some locals almost throw up just by thinking of it, while others see it as the dish of heaven and are more than happy to have it any time of the day.

The list of Hungarian specialities that you could try at a Christmas market continues on and you also have the chance to try a bit of fisherman’s soup (halászlé) and potato cake (tócsni). Those of you who didn’t get excited by reading the listing of local speciality dishes, don’t worry! At the Vörösmarty fair, you have the opportunity to taste the specialities of neighbouring nations as well.

However, the Budapest Christmas Fair and Winter Festival at Vörösmarty tér offers more than just gourmet tastes. While wandering around the square crowded with cottage-style wooden stalls, you have the chance to get handmade decorations, candles, winter clothing accessories and basically everything you can imagine that is related to winter or Christmas in any possible way.

The atmosphere at Vörösmarty tér is topped off with live music and special programs including the lighting of the candles on the advent wreath, which brings Budapestians and tourists together. The candles of the wreath on the main square are lit on Sundays at 4 pm.

The second biggest and second most visited Christmas fair, lying not so far from Vörösmarty is The Christmas Market and Advent Feast by the Basilica of Budapest. It actually has one of the more special atmospheres than any of the others in the country. With one of the most prestigious churches of Hungary being the artistic background of the venue at Szent István tér, it is a genuine wonderland. 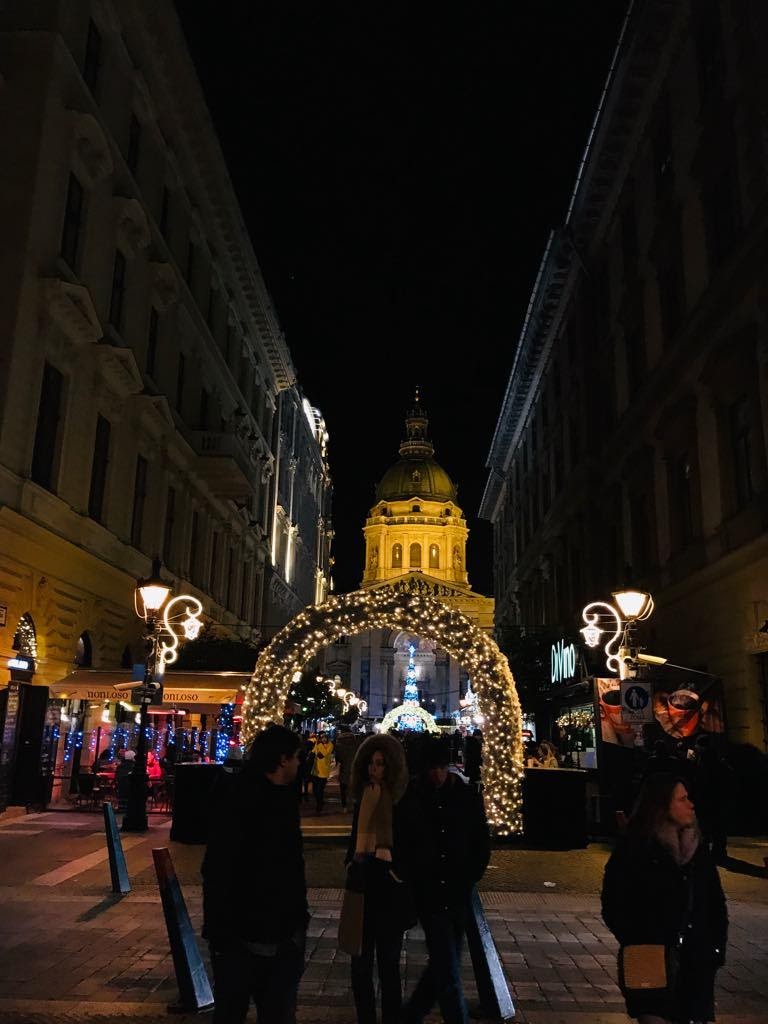 Usually opening its gates in the second half of November, the Bazilika Christmas Fair has nothing extra to offer other than what you could get, see or taste in the stalls of the Vörösmarty market.

At the Bazilika Christmas Fair, its more the atmosphere and programs that differentiate it from the other Christmas markets, looking almost identical, except the location.

Just at the heart of the fair, an ice rink is waiting for those who haven’t felt like its winter already. Ice skating is free of charge under the age of 14, which unfortunately does not include us as college students, however, many places offer discounts for students.

Other programs include live music, folk show, 3D light paintings on the building of Bazilika after sunset, bringing religious and holiday scenes back to life.

Nevertheless, all the markets in the capital of Hungary are worth at least one visit. you might get along better in the atmosphere of one market than the other, but until you check it out, you will never know what a dazzling Christmas wonderland feels like. When you get cold from wandering around the stalls, you can warm yourself up with some hot mulled wine, tea/coffee and even with local specialities such as pálinka or the Hungarian Unicum. Enjoy!