Some of the best dressed stars at the 2022 Oscars

What else is a better stage than the red-carpet fashion scene? The 94th Academy Awards kicked off on March 28 evening at the Dolby Theatre and nominees were dazzling before the show. In the past two years, the red-carpet glamour has disappeared due to COVID 19. Fittingly, 2022â€™s guests explored modern movie star glamour with outfits that nodded to the past while keeping in step with current concerns.

The red carpet was no stranger to bold political statements. From stars donning the colors of the Ukrainian flag to the vocal condemnation of Floridaâ€™s â€śDonâ€™t Say Gayâ€ť bill, the year has been rife with protests both on and off the carpet. This yearâ€™s red carpet was about storytelling, values, and personal choices of what to wear.
It is hopefully the end of the worst-dressed lists, or at the very least, the end of the strapless mermaid-fishtail dress that is overused. The celebrity style root, with its firm standards of beauty and glamor, was challenged by confident women who want to express a sense of themselves through clothes. Taking a risk was finally encouraged, especially as these people dictate fashion nowadays.

One thing people had an issue with was the lack of social distancing or mask-wearing, they were mad that the celebs were acting as if Covid-19 was not a serious thing anymore. There are many horrible things happening right now in the world and if one thing Hollywood is good at it is escapism. 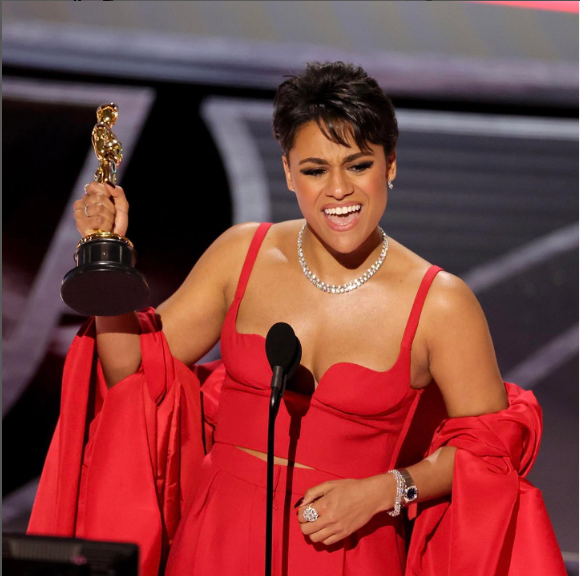 One of my favorite outfits must be Ariana DeBose, winner of best-supporting actress for her role in West Side Story as Anita, wearing Valentino Haute Couture. She told her stylists â€śI donâ€™t want to be a princess I want to be a queen.â€ť However, she did not want to wear a full gown or what is usually expected of women to wear on the red carpet, but her outfit still perfectly represented what she wanted. DeBose wanted to eccentricate both her masculine and feminine sides. They were able to make a combination of a gown and a tuxedo in all red. This is all thanks to the stylists who have helped to join fashion and Hollywood, they did not just help these celebrities to negotiate major deals but helped them, and the audience, to really show themselves via their outfits, even though it does not exactly make them mundane, but it shows their own character as people. 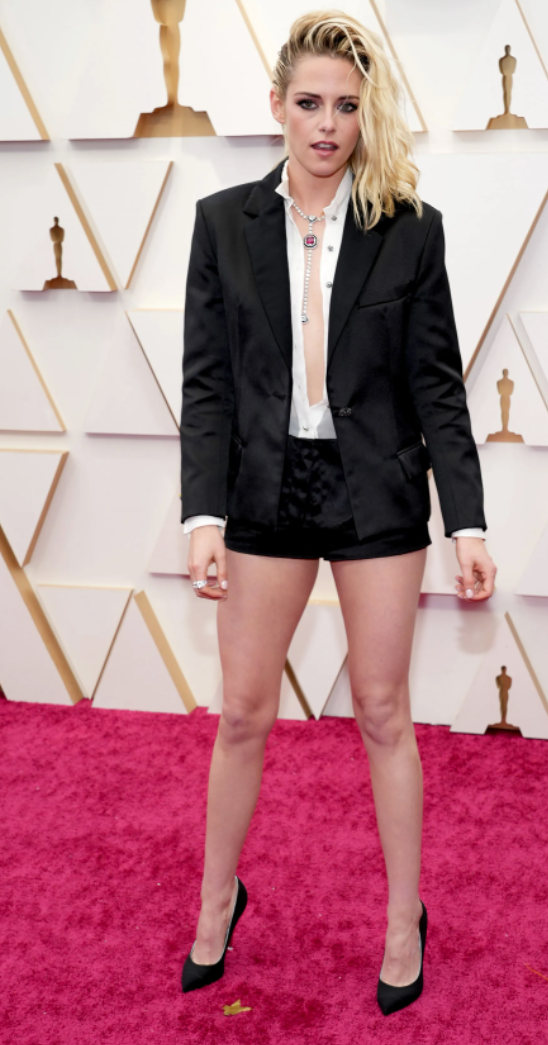 Another celebrity who caught everybodyâ€™s eyes was Spencerâ€™s star Kristen Stewart, who wore a Chanel tuxedo with short shorts. She posed on the carpet with her fiancĂ©e Dylan Meyer during their first-ever Oscars together. They wore matching suits. 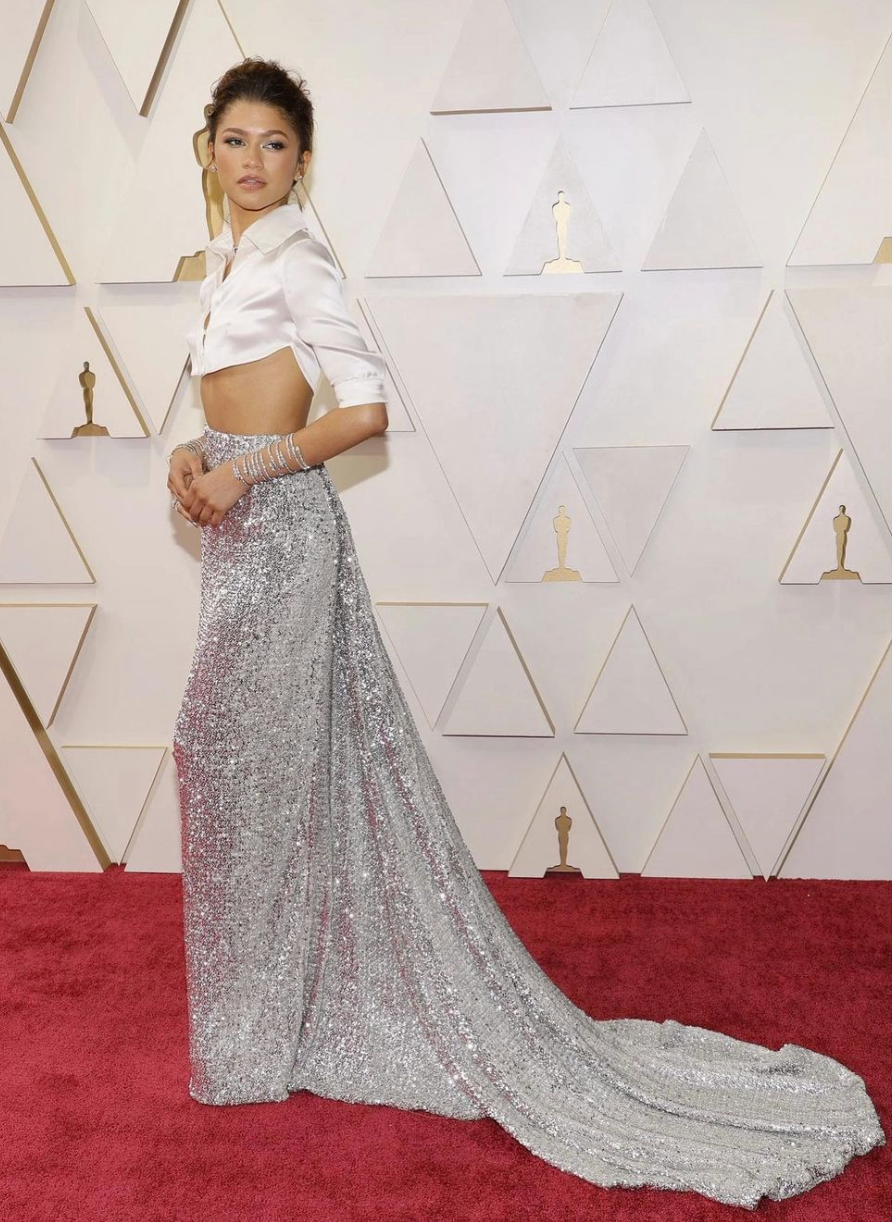 A surprise was Zendaya, who decided to not wear a gown but wear a white cropped button-up and a long gown skirt which was custom designed by Valentino. Zendaya, who supported Best Picture nominee Dune, wore stacks and stacks of Bulgari Serpenti Viper bangles in white-gold all-pave (in single-coil and double-coil) on both arms and wrists. There was also the marching Viper necklace in white gold and pave diamonds which was a jewelry secret revealed – the collection did not debut until May.

TimothĂ©e Chalamet has never disappointed us with his red-carpet outfits. He went shirtless and just wore a Louis Vuitton blazer which was a remarkably similar outfit to Kristen Stewartâ€™s. According to CNN it was Louis Vuittonâ€™s womenswear spring/summer 2022, showing another actor breaking gender norms. 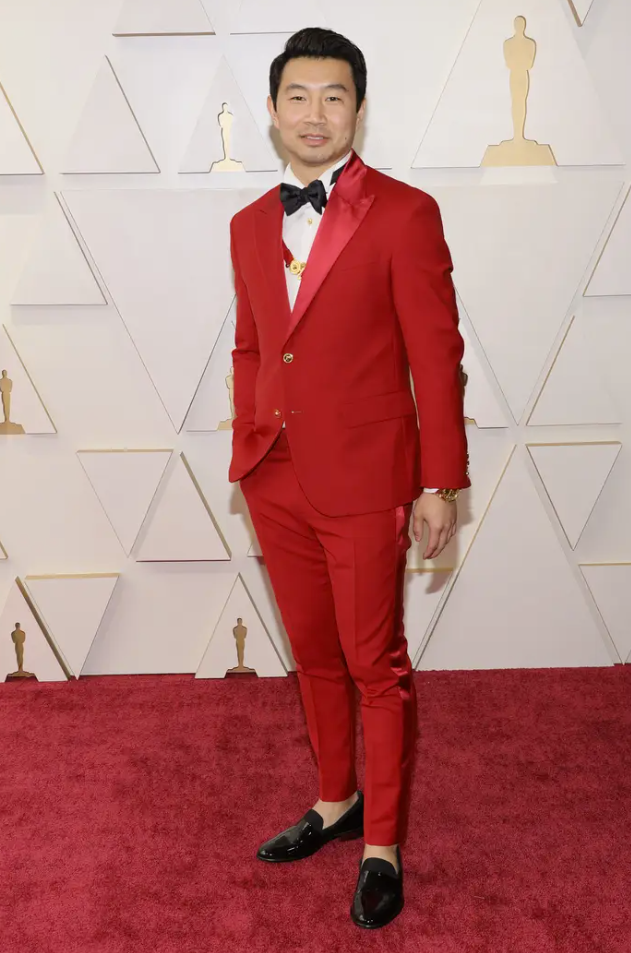 Red was a popular color to wear on Oscarâ€™s red carpet. Marvel star Simu Liu, who presented the award for best international feature film, put his own twist on the trend by wearing Versace in a bold cherry red suit complete with a black bow tie.
Overall, this was a very pleasing red-carpet outfit showing. This yearâ€™s theme could be called as breaking rules and showing your true self. After COVID 19 started we did not have red carpets to see expressionism in fashion. I hope to see what kind of fashion trends will come up in the next years on the red carpet.