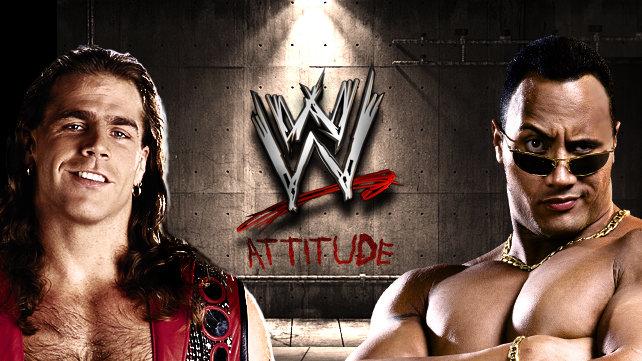 Today’s World’s Wrestling Entertainment (WWE) is a mishmash of lackluster matches, programs and poor interviews. All with the intent of making us long for the days of DX, The Nation of Domination and the smell of what The Rock is cooking according to Sportskeeda.

The Attitude Era was a period in Professional wrestling that saw a clash of egos between various wrestlers in the World Wrestling Federation. As per Sportskeeda, “it’s an era that will never live another day in WWE or any other major wrestling promotion. Part of the agony we all feel is the reason we watch night after night – hoping the past will recreate itself. We want Vince McMahon to rehash these types of storylines, give us a “thrill” and make us tell everyone we have two words for them” – Forget It!

Here we take a look at the top 5 entertainers during the attitude era. 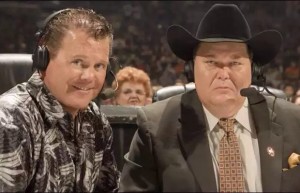 Most people often associate the attitude era with amazing wrestlers and incredible storylines. However what people don’t seem to remember was the voice at the commentary position. Lawler and JR had a very good chemistry between them that just made WWE more interesting to watch. Their ability to narrate the events that occurred both on and off the wrestling ring made them incredible characters during the attitude era. According to What Culture, no one can ever forget the attitude era match between the Undertaker and Mick Foley in Hell in a Cell where Ross exclaimed “With god as my witness, he is broken in half!” Both JR and Lawler had an incredible voice that revolutionized the WWE Universe. 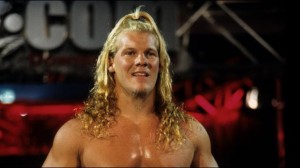 Chris Jericho a.k.a Y2J was always ready to break walls down whenever he came on the ring. His flashy shirt and pants made him one of the favorite characters during the attitude era. Jericho was the only wrestler who could match up with The Rock in terms of mic skills. As stated on the WWE website, Jericho’s ability to get under just about anyone’s skin made him stand out in an era defined by microphone masters, with Jericho laying waste to his opponents with the acidic insults more than a decade before CM Punk dropped his first “pipe bomb.” While Jericho was amazing on the mic, he was also capable of inflicting pain on his opponent in the ring. Y2J was the first-ever undisputed Champion at Vengeance 2001 when he defeated both Stone Cold and The Rock in a single night. 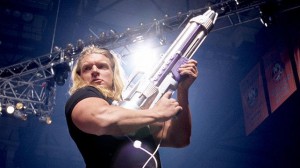 The Cerebral assassin was one of the main characters that shook the attitude era. Triple H embracing his inner rebel, joined up with his “kliq” cohort Shawn Michaels to form D-Generation X—- perhaps the most controversial faction in sports entertainment history as per the WWE. Triple H did not have the best mic skills like Chris Jericho or The Rock however, he was a very great entertainer both on and off the Ring. His rebellious character during the attitude era saw him assume a high position in the WWE universe. One of his biggest highlights during the attitude era was the fact that he organized a car crash that saw Stone Cold Steve Austin out of action for about a year. Triple H is currently the Chief Operation Officer for the WWE Universe. 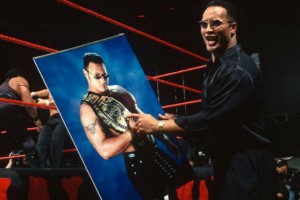 Known as the most electrifying man in sports entertainment, The Rock was a force to reckon with back in the attitude era. As reported by the WWE, the smiling, tassel-wearing Rocky Maivia attracted a deal of attention at Survivor Series 1996 where he was the sole survivor of his squad, and was applauded for his Intercontinental Championship victory over Triple H the following year. His ability to wow the crowd with his mic skills both in the ring and at the locker rooms made him the “People’s Champ.” The Rock was a very agile wrestler in the ring and also very outspoken when he had to be. The Brahma Bull was capable of driving any Jabroni down the boulevard of pain by simply checking them in his famous smack down hotel. He was indeed the people’s Champ and the fans could always smell what he was cooking! 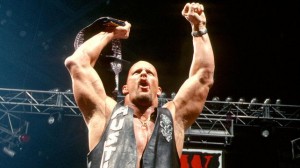 Stone cold Steve Austin was the perfect embodiment used to describe the attitude era. As reported by the WWE, when the sound of breaking glass heralded the arrival of “Stone Cold,” the WWE universe knew that, as Jim Ross would say, “business was about to pick up” Furthermore, WWE adds that Austin himself, whose clashes with the authority and take-no-prisoners approach to, well, everything inspired an entire generation of superstars to speak their minds and take charge—the very essence of the attitude era. Stone Cold was not afraid to face anyone off and on the ring and this act of shear boldness made him the best personality during the attitude era.