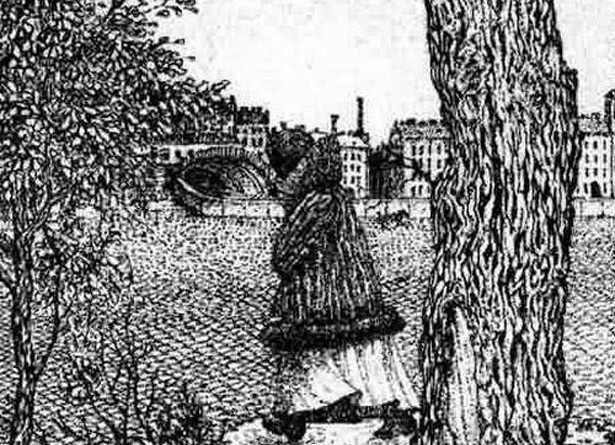 On Wednesday December 4th, The Art and Psychology departments joined efforts, to put together an Art and Cognition exhibition. The exhibition displayed works of art from three courses: Perceptual Drawing, Watercolors, and Digital Photography.  It also premiered a graduating seniors Senior Seminar art work and presentation. 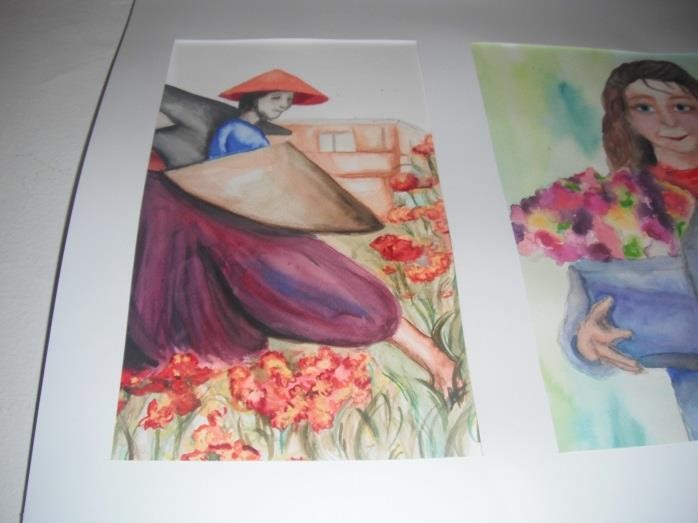 Although many people like to say all art and creativity is relative some have no clue that our perceptions have a lot to do with psychology. Dr. Arnal, the visiting psychology professor from main campus, made a educational presentation about cognition and art. He incorporated many findings from previous psychology experiments. Some looked at the theory of photographic memory, perception, and memory recall details. 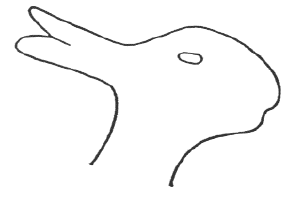 The beginning of his presentation used this image to help demonstrate that perception can be skewed due to personal experiences. Some people saw this drawing and thought it looked like a duck, others saw it as a rabbit. When they were asked to reproduce the drawing, those who saw it as a duck, drew it without the hump that forms the rabbit’s features.  Others drew it as a rabbit by making the rabbit features more profound.  The same kind of test applied to this image as well.

When the image above was presented, the word dumbbell or eyeglasses was written along with them. Although this image just looks like two circles linked with a line, when people were told to draw the image from memory they often drew it with more pronounced features in favor of the word on their original copy. I question what it means if I drew it exactly the same as my first image, because my drawing didn’t favor either. 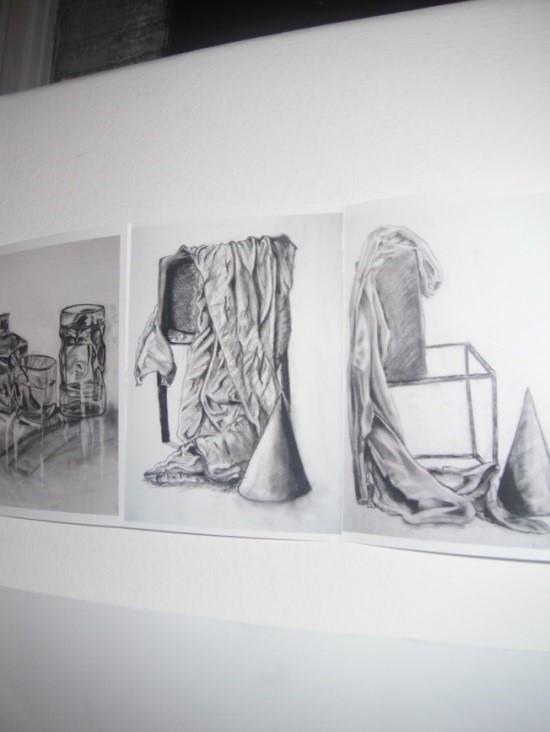 Later the program resumed with the presentation of Nazanin Azizian’s senior seminar works. Her artwork was unique. Although nothing was drawn by hand, she used software to create an awesome presentation by mixing Farsi with English words. Some images were spelled out in Farsi then she manipulated the software to transform them into the English equivalent words. She even spelled out painting in Farsi but used the software to turn the word into a portrait of a large black Swan on a contrasting white background. But if that was creative enough, her last efforts left the room impressed. Her best piece incorporated a famous Iranian poet, his poem, and a portrait. By manipulating the software, she was able to take the poem and turn it into a portrait of the man’s face with fine detail. I’m upset I could not get a picture of it before leaving, but the art can still be seen in Budapest campus, at the Bethlen Café across the street from the campus.