The good news is that an exceptional Egon Schiele exhibition is being held at the Museum of Fine Arts (Szépművészeti Múzeum) in Heroes Square, but the bad news is that it finishes on September 29.

Egon Schiele was an Austrian painter who was directly influenced by his teacher/master Gustav Klimt. Schiele mostly painted self-portraits and portraits that horrified most people at the beginning of the 20th century. He painted people in a twisted way; magnifying people’s flaws, adding odd elements and making people less appealing than they were. Nowadays, many admire the creativity and respect the work of an artist who struggled for recognition and to be understood when he was alive.

Schiele actually notched up a few hundred paintings in his tragically short life, which only lasted 28 years. But his legacy is there to remind us of what a great artist he really was.

I was completely blown away by the stunning collection of his work and it shows how much he progressed throughout his adolescence and youth. I was particularly intrigued by a few paintings that carried so many emotions that I felt overwhelmed in a moment. Kneeling Female in Orange-red Dress from 1910 was so interesting, simply because of the inscrutable expression on the face of the featured lady. 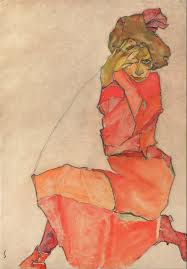 I believe that it is a great example of his earlier work. Also, there is one that was painted towards the end of Schiele’s life and that is, perhaps the most famous one, Mother with two children II, which was inspired by the painter’s sister’s life that was very hard. His sister, Gertrude Schiele, got married and had a baby but both her and painter husband, struggled. This was a theme that Egon Schiele repeated quite a few times. He usually portrayed a mother and her children being closely connected but the mother would have that sad, deathly look in her eyes, knowing that she cannot provide a good standard of living for her children. The first painting of a mother and a child had a cheerful character and was given to Gertrude as a gift when her baby was born. However, this paining is lost and the only one that we have, at least similar, is the Mother with two children II. 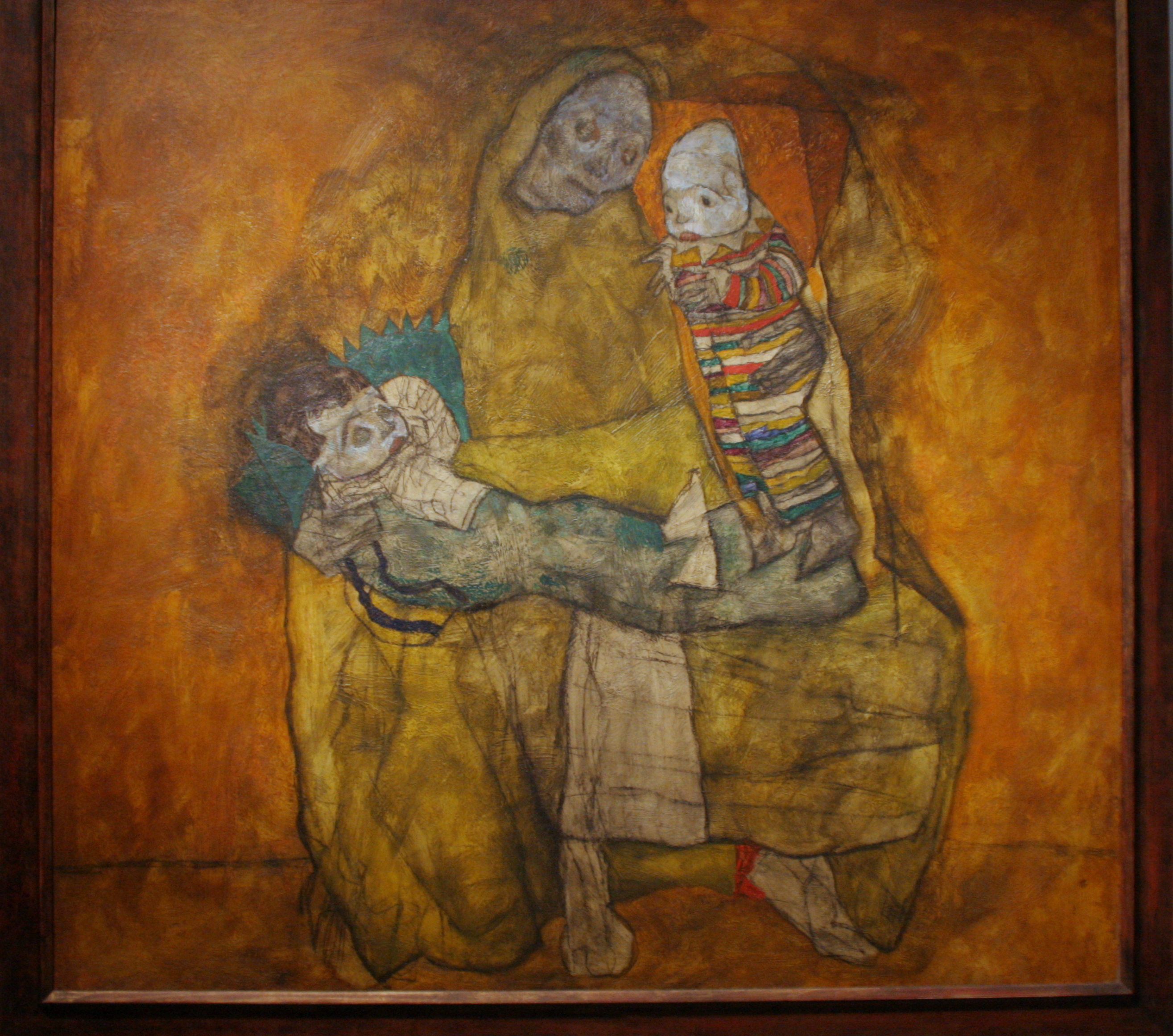 Don’t hesitate to get down and see the unique artist’s work while it’s being exhibited in this fine city of ours.