Every 15th day of eight many Chinese people celebrate 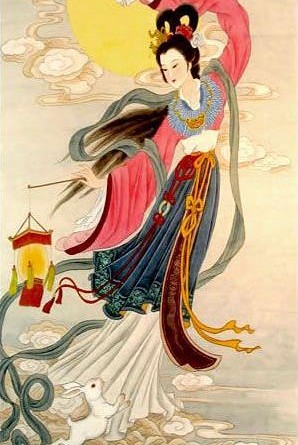 In Chinese tradition, the Mid-Autumn festival, which is held on the 15th day of the eight lunar month, is a day of family reunion when Chinese people celebrate the full moon. This year the festival fell on September 27th.

Mid-Autumn has a long history, dating back to the Tang dynasty (618-907) when people worshiped the moon in mid-autumn to express their emotions and is still going strong today. This day is a national holiday. People make moon cakes and admire the full moon in Mid-Autumn. Also, we have lot of legends about mid-autumn, such as Goddess Chang’er’s flight to the moon.

According to the legend, a hero named HouYi had a pretty wife called Chang’er. One day, he met the Queen of the West. He begged the Queen of the West for the elixir which could make him and his wife immortal. The Queen gave him the elixir and said: “if you drink this, you will be powerful and you will fly to heaven to become immortal. However there is only one of it.” HouYi took the elixir and went home. He gave it to Chang’er and asked her to hide it. He told her that he would find a way to get another elixir.

A few days later, after HouYi went hunting, his friend named Fengmeng went to his home and threatened Chang’er to give him the elixir. Chang’er feared Fengmeng would take the elixir, so she drank the elixir and flew away and finally landed on the moon.

When Houyi returned he could not find Chang’er and heard what happened. He was very angry and killed Fengmeng. Chang’er could not go back home, so she lived on the moon with only a rabbit for company. People heard that Chang’er had become the Goddess of the moon. They began to prepare a sacrificial altar and prayed for Chang’er’s protection. From then on, people have worshiped the full moon and eaten moon cakes, which represent reunion and blessing. 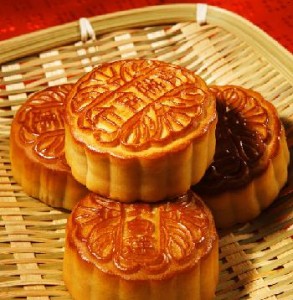 Now, people still keep some traditional customs, for example, on this day they will send moon cakes to friends and eat them. However worshiping the full moon is mainly kept in HongKong. Some southern cities of China have a lantern show where people can guess lantern riddles.

Even though many Chinese emigrants are not able to reunite with their families, they still eat moon cakes at Mid-Autumn to place their missing emotion in it.