End of an era: goodbye to Becketts Irish Bar

In the last 20 years Becketts Irish Bar has represented a local institution for expats, locals, and international students alike. Since 1994, Becketts Irish bar has been the heart and soul of nightlife in the 5th district and much more. Sadly now, due to legal problems, it closed down this Monday. 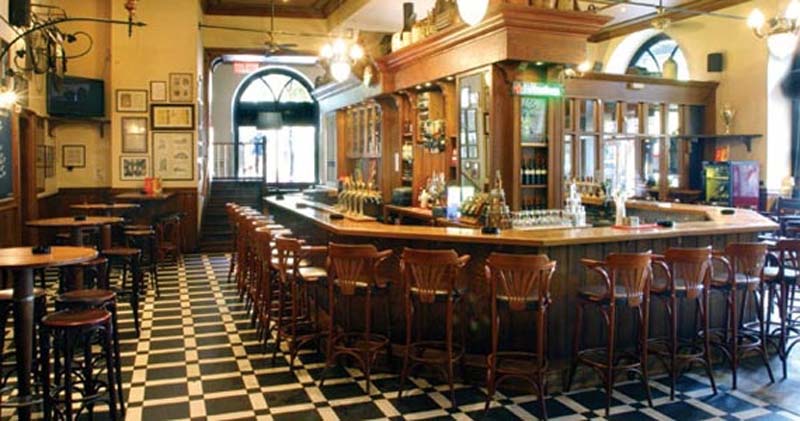 The legal troubles started in 2010. After 17 years the local government decided to take the contract off the lease owner [due to Hungarian regulations the lease owner of a bar has to be Hungarian], who later went to court to fight this decision. Becketts Irish bar only found out about this in 2011, once they got the notification of the unfavourable court decision. Despite two legal appeals (in 2012 and in 2013), which were both lost, there was nothing that could be done. It must be mentioned that Becketts asked for a new lease contract in 2009, before all the problems started, and that was denied. Now 20 years after the first contract, theoretically Becketts Irish Bar should be allowed to renew the lease contract and continue its amazing work in the heart of the city.

On Monday, February 3, Becketts Irish Bar officially closed, leaving a huge gap in the city. An important institution in the expat community will no longer exist, leaving its regulars without a place to call a “second home”.  Becketts Irish Bar during the years was much more than a simple bar or a hangout spot: it was a cultural point, a place where the expat community could gather, a place where charity events were hosted, a second home for the ANSA association, and so much more. As of February 3, Budapest has lost one of its institutions, a “sacred” place dear to many and loved by many more. Becketts Irish Bar is a piece of history of this city and it will be truly missed.

This article was first published on the Daily.hu