A Város Mindenkié (AVM) (The City for All) organized a march in Budapest on September 27 to grab the attention of Hungarian authorities and the public to demand empty apartments to be opened and renovated so that homeless people can have a place to live. AVM is an organization fighting for homeless rights and against homelessness in Hungary. 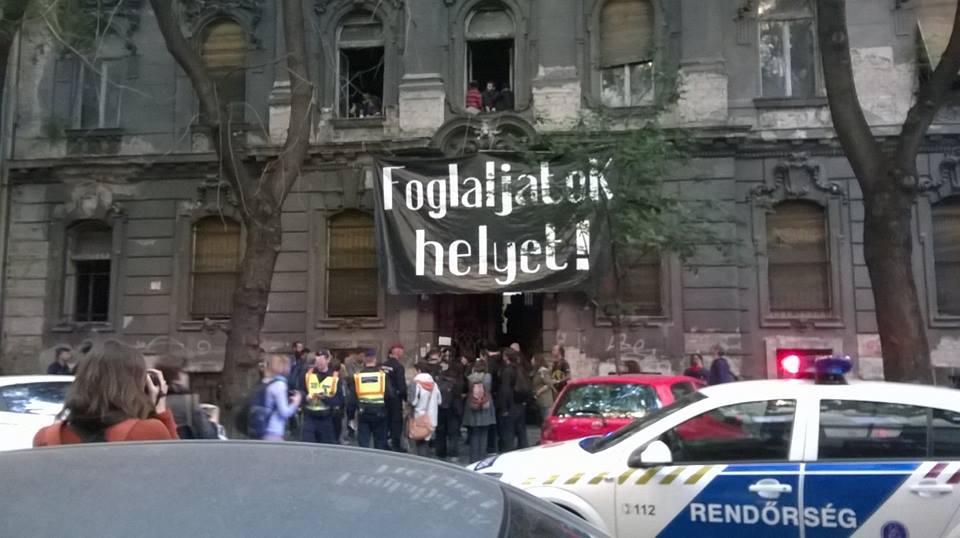 All the main streets of Budapest were full of activists and people who care about the increasingly desperate situation in Hungary regarding homelessness. The peaceful protest started from II. János Pál pápa tér (Pope John Paul II Square) at 2pm, continued on Blaha Lujza Square, Rakoczi Street, Király Street and many other prominent places and finished at 8:30pm in front of the City Hall.

The policemen were everywhere, the media, of course, who couldn’t miss this event and also some opposition politicians joined the march before the upcoming local elections. Old and young, people were happy to march and sing to demand flats and adequate housing. The main question was: How can thousands of people be forced to live on the streets when thousands of empty flats “are waiting” to be renovated and made available for people?

Homeless people were making speeches, other activists wrote with chalk on the streets big messages for the authorities. 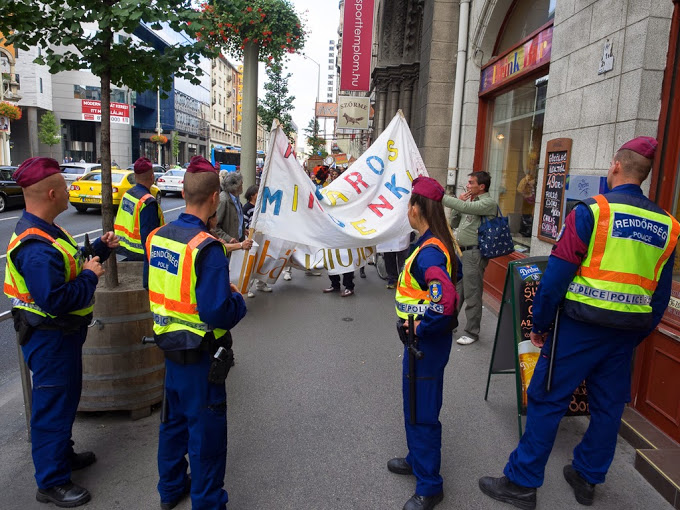 Migráns Szolidaritás Csoport / Migrant Solidarity Group of Hungary (MigSzol) is an organization fighting for migrants’ and refugees’ rights in the “anti-immigration” country, Hungary. MigSzol supported the protest and AVM in their statements and demands. Homelessness is an issue that Migszol also deals with; many refugees are homeless because of the indifference and recklessness of the Hungarian government. The Hungarian State often fails in its duties, especially when it comes to migrants, refugees and Hungarian homeless people; there is not much help from the authorities to “integrate” these people into society. The fact is that many refugees are directly sent from the “integration camps” of Bicske to Homeless shelters in Budapest. Migszol joined the march in solidarity with the cause. 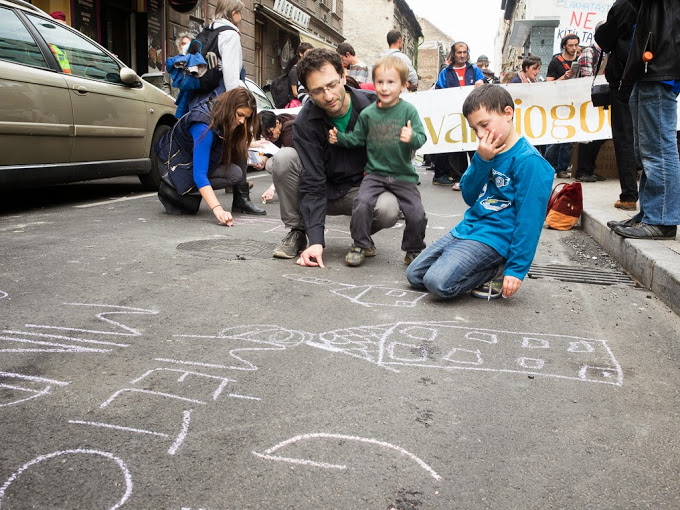 Dignified housing is one of the main goals that MigSzol has and AVM has supported the group since the beginning. AVM asks from the next mayor of Budapest to have housing as a priority, to prevent homelessness and to give access for housing to every citizen in need. Housing is a basic human right, seeking asylum is a human right and these rights must be respected by the authorities.

Towards the end of the protest, some activists occupied an empty building on Benczúr utca 4 in the 6th district — this was a secret plan and activity. Inside, people got together to discuss about different human rights issues. People also gathered to sing together, expressing topic related thoughts and claims. After almost one hour, police and media arrived. Police couldn’t get in and couldn’t ask for people to leave, because they didn’t have a document showing that the building was dangerous and that people were not allowed to be inside. Eventually the Fire Department arrived, they entered the location; their answer was that the building itself is not dangerous to live in, just some parts of it are – which were previously blocked off by AVM to prevent dangers to the occupants. 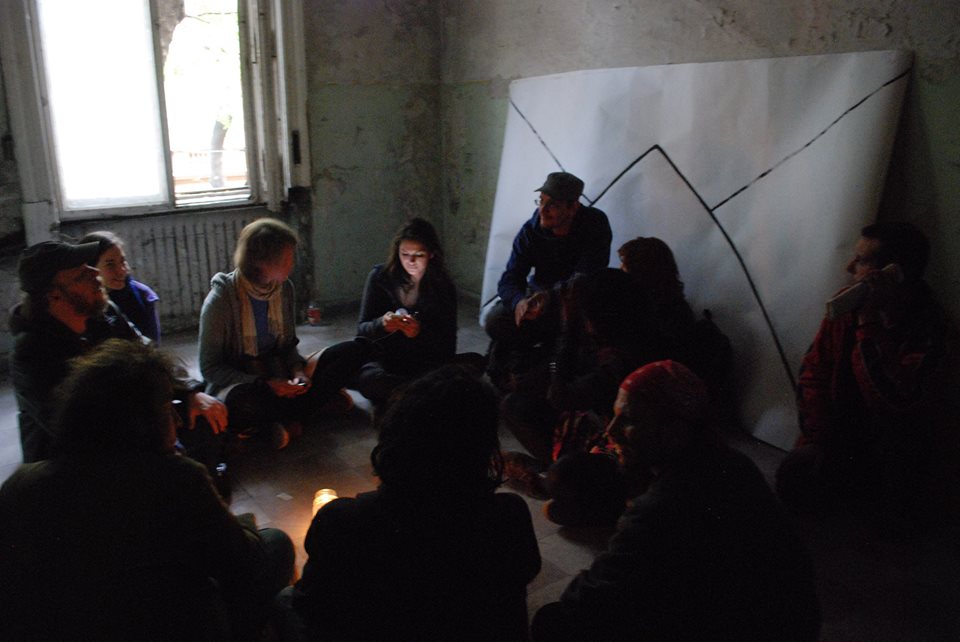 After the occupation, the activists left the building carrying candles, banners and singing while marching towards the Budapest City Hall. Walking on the streets without being afraid of the traffic, people were hopeful and full of optimism.