A year and a half after the successful ouster ofEgypt’s former president, Hosni Mubarak, the country is facing its first “free” presidential elections. As one voter put it, “This is the first time we will choose our leader in 7,000 years.”

Since the revolution last year, the country has seen instability, rioting and an ever weakening economy. People are hoping that a new democratically elected president will be able to bring some stability back to the country.

There are a total of 13 candidates on the ballot for president, though only four are presumed to have a chance at winning:

Counting is already under way, and the results are going to be released on Tuesday. If no candidate wins a 50% majority, then a run-off will be carried out sometime in June between the top two finishers.

Though there are many different candidates—socialists, secularists and revolutionaries—it seems that in the end, the country will have to choose between members of the old regime or members of the Muslim brotherhood. It’s a matter of choosing between stability and control versus new, untested and highly controversial Islamic candidates

For all the hopes and fears attached to this presidential election, voting has gone smoothly. For the first time, Egyptians are voting without Mubarak’s thugs intimidating them and there have been no reported fraud at the polling stations. Whichever way this election turns out, at least for the first time in history, Egyptians will be choosing the person who will lead them and their country. 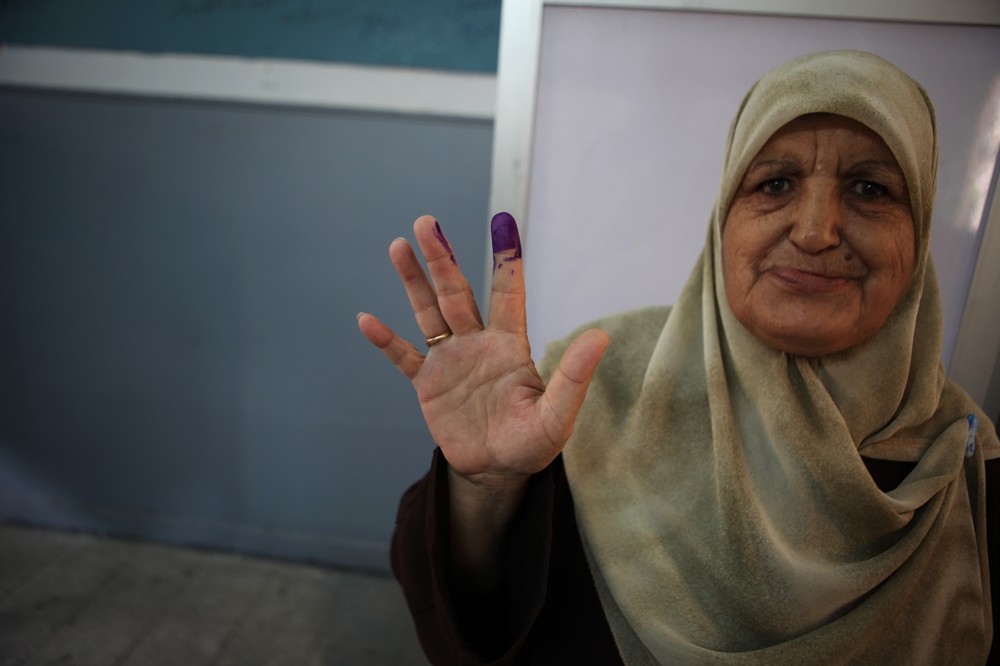