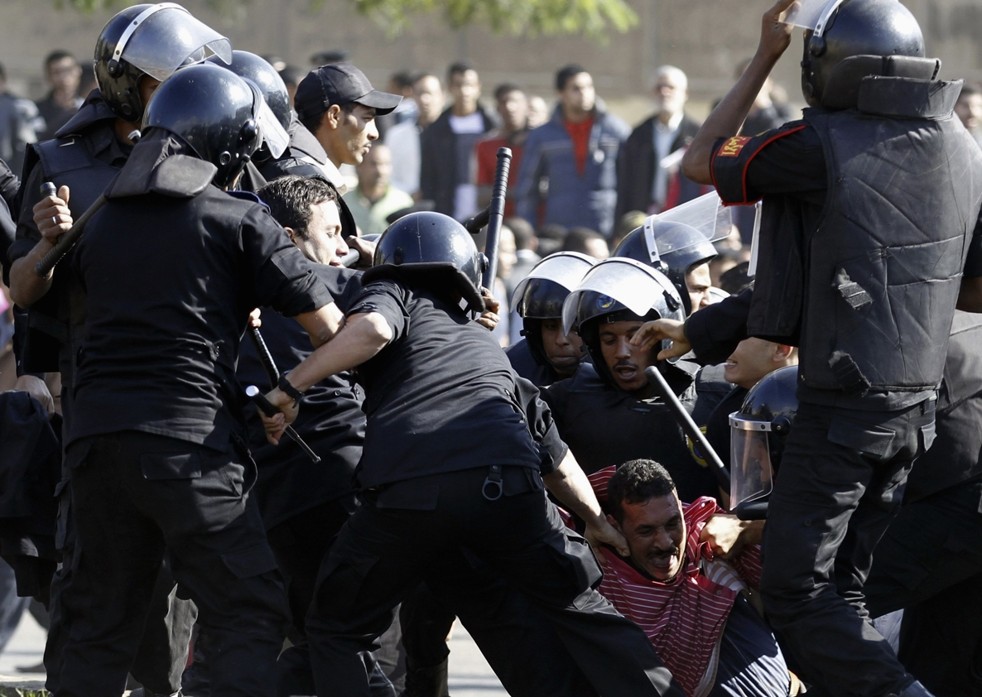 It seems a long time ago now when the world awoke on February 11 for the most part in blissful shock and amazement, as the announcement was made on Egyptian television that Mubarak’s despotic regime of nearly 30 years war was brought to an end by peaceful protests. Many were optimistic and hopeful for a democratic Arab future, including myself, but as the effects of the adrenaline rush starts to fade, many are starting to have doubts about the viability of these hopes, including myself.

On January 25, on a national holiday to celebrate the country’s police force, protests against the 30 years of absolute rule of Hosni Mubarak in Egypt erupted. The revolutionaries who began the protest movement where mostly educated liberal youths, who were later joined by every demographic in the country, all united under one objective and slogan; “The People Demand the fall of the system” and “The people demand the removal of the president”.

These revolutionaries had been patiently preparing themselves for the eventuality of an opening to present itself for them to revolt against the corrupt government. That opening came after the Tunisian people successfully deposed their president of over 20 years, Ben Ali, who fled to seek refuge in the Kingdom of Saudi Arabia. This gave the protestors heart and thus the revolution began.

After several months of violent crackdown and repression by the regime, hundreds killed and thousands wounded and arrested, Mubarak capitulated and resigned from his post as President. This was a victory which gave Egyptians a new sense of hope and pride, but sadly this was not to last for too long. As long as Egyptians had a single unifying objective the protests were large and coherent, but after the initial victory the Egyptian people began to differ and disagree over what the next steps of the revolution should be. Suddenly and sadly the democratic movement which began with a bang began to lose momentum and ended in a whimper.

After Mubarak’s deposition, the country was given over to “temporary” military rule by the Supreme Council of the Armed Forces (SCAF) headed by Mohammed Tantawi who was the Minister of Defence under Mubarak, meaning that he is now simultaneously the Minister of Defence and the de facto ruler of the country. This is nothing new for Egypt since the country’s recent history has been dominated by military leaders since the revolution of 1952 which disposed of the then Monarch Farouq. Each president since has come from the military including Mubarak himself who was an air force pilot who served in the 1973 war against Israel and was considered a war hero.

Also protests are being violently crushed by the SCAF in the exact same way that Mubarak did, such as the violent attacks by the military and by thugs on Christian protestors on October 9 when the protestors were angry at the demolition of a church, which was claimed by the government to have been built without a permit. Dozens were killed. These kind of attacks are eerily similar to Mubarak’s attacks on the protestors during the revolution.

To add insult to injury, the SCAF has been arresting bloggers, activists and protestors who criticize the SCAF, they have been trying these activists in military courts, in much the same way as Mubarak’s regime dealt with dissidents. This is in no way what the revolutionaries had in mind when they went into the streets to brave the country’s national security forces demanding reform.

It seems like the Egyptian people have cut off the head of the beast, but they also should have burned the corpse, because like the mythical Hydra, the beast has regenerated a  new head and is back with renewed vigor, lending credibility to the pessimistic idea that the “Arab Spring” is actually an “Arab winter”.