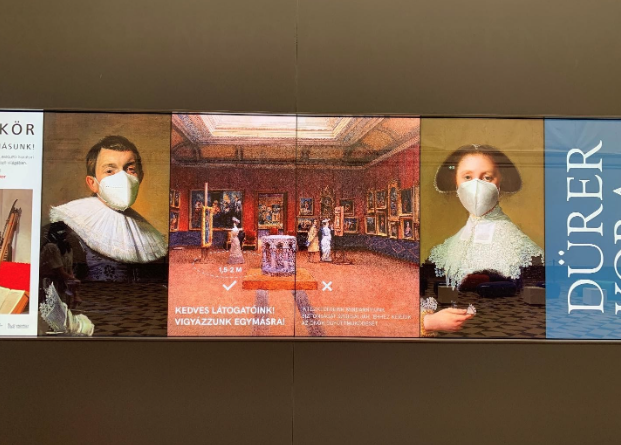 It has been a couple of weeks since three major museums – The Fine Arts, the National Gallery, and the National Museum reopened – much to the relief of art addicts, although there are a number of Covid-related requirements to bear in mind when planning your visits.

The Fine Arts Museum has also debuted an exciting temporary exhibition called The Age of Dürer– featuring the engravings and woodcuts of German Renaissance man Albrecht Dürer, who actually has a strong connection to Hungary – he was half Hungarian. 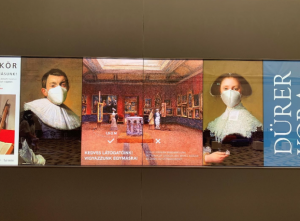 There are some changes to your typical museum outing. The museum recommends paying an online ticket with a chosen visit time. The card is the only accepted payment at the ticket desks. Unfortunately, the audio guides are no longer offered. A mask must always be worn inside the museum and they sell masks if you forget yours. Placed at the entrance of the museum and at the entrance of the museum shop were sanitizers.  If you are a citizen of the EUA, you can get a free ticket at the desk if still available. Also, one must stand at least 1.5-2 meters away from other people. 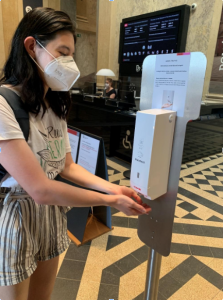 I found the restrictions did not affect the viewing experience at the Fine Arts Museum and in some ways enhance it. The museum was relatively quiet for a weekend, and with still not many tourists around it gives one the opportunity to see these pieces without feeling rushed. I would like to see these restrictions in a busier museum and see if it would be more uncomfortable. 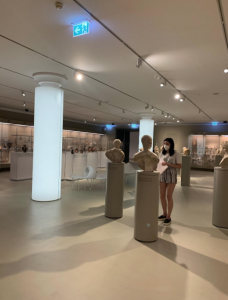 Going into the Durer exhibit there were no brochures offered and I can only assume as they wanted to limit tactile objects that guests would touch. The exhibit is accidentally timely as we become part of a Renaissance Europe dealing with similar problems of recent days. Dürer’s etching “Knight, Death and The Devil” shows of a Knight on his travels while death looms with an hourglass in his hand and the devil trailing behind. Here, it depicts the feeling of constant fear of death, an inevitable outcome. There are also pieces by contemporaries of Durer’s. The exhibit is somewhat small but is definitely worth visiting especially since the ticket for the temporary exhibit includes the main exhibitions as well. Prices for a ticket with the temporary exhibit is Ft 3,400 (US$10.86).

Most of the pieces were obtained in Hungary through Hungarian artists and collectors. The exhibition, which also features drawing and prints of Dürer’s contemporarieswill be on until October 18. It has been over a half century since these German drawings and prints were exhibited in the Fine Arts Museum. The core of these items comes from the Esterházy collection.

Albrecht Dürer, was half-Hungarian, half-German and was born in Nuremberg in 1471, Bavaria. His father’s name was originally Albrecht Ajtósi, who was a goldsmith from the Hungarian village of Ajtós, near Gyula – it used to be typical to take the name of the village and add an ‘i’ to denote where the person originated from. Albrecht the Elder changed his name on moving to Bavaria to Türer, which means doormaker (as does ajtós in Hungarian). Albrecht the Younger then changed his name to fit the Nuremberg dialect.