“The decline of France” 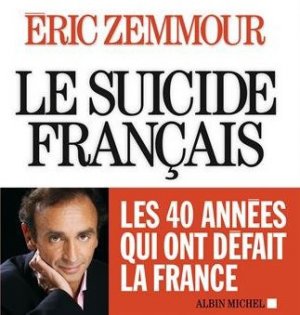 When you walk the streets of Paris, two smells fill your lungs almost more than clear oxygen: the mouthwatering smell of amazing French viennoiserie and crepes and the delicate neuron- stimulating smell of books. Around every corner, at least downtown, you might find a library that offers not only books but several cultural activities. However, abundance doesn’t mean necessarily high quality and sadly, the brain doesn’t have a defence mechanism that includes purging in the case of rotten ideas. What I want to say here is that the French are keeping their high standards when it comes to their pastries but not when it comes to their reading.

Before I explain further, I may suggest to you, dear reader, to try to google these two words “France” and “déclin” (French for decline) next to each other and see what you will find. I am proposing a search in French because when it comes to auto-criticizing, not one beats the French and even if you are not a French speaker the simple fact of finding many articles about the “Decline of France” will help me get to my point: everyone is talking about a decline of the republic on so many levels and they seem convinced of it. What am I doing here then if much has been said already about this? Well, I am writing this piece actually to express my disappointment to see that, in a time of crisis, the top bestsellers in the homeland of Montaigne and Voltaire have recently included the likes of a book that translates as “The Perfect Woman Is a Motherf*****”. My disappointment turned into shock when I saw that the 6th bestseller a while ago was a book about the social part of the crisis, written by Eric Zemmour under the title of “The French Suicide”. In an attempt to not make this article about what I think of this writer, I will content myself with saying that he is arguing what cannot be argued and that should be the past. After watching his intervention about the book in a talk show, I learned that his book is more about pouring buckets of salt into the wound by talking about the most superficial side of the problem and giving radical solutions for it such as killing the immigrants’ identities to construct a stronger “French” one. For him, a butcher with the sign “Halal” on his door, especially when written in Arabic, is one of the signs of the French identity crisis.

How sad it is to look at what was written during the 19th century as a response to the strong social changes that the French society was witnessing, such as Emile Zola’s “La Bête Humaine”, and during the 20th century postwar period, such us Gabriel Marcel’s “Le Mystère de l’être”, and compare it to what is written now: Defending the people’s right of auto-determination and independence, inviting them to think deeper about what is happening in the most human of ways… is replaced now by pamphlets making fun of the current president and other shallow things.

For what it is worth, such writings might serve this cause by hitting the readers in the head and making them realize what is really wrong, starting by having such words under their eyes, but I will still be disappointed to remember seeing Patrick Modiano in the 12th rank on the bestsellers’ list.