CURTIZ, the pleasant surprise I did not expect.

By Mária Fiala
The winter has finally come to an end. If each and every one of us had to honestly say how many movies we’ve watched, I would argue that even an exaggerated estimate would be well short of the mark. There’s no reason to blame yourself, however. This was the year to stay inside and watch movies. This got me thinking, how do we choose what we watch? Are we looking for a flick that will make us cry or laugh or rather a movie that will leave us inspired and deep in thought?

If you love to interpret and analyze every picture, Curtiz, produced by Tamás Yvan Topolánszky and Claudia Sümeghy, will leave you in deep thought for days. By that, I do not mean the Lynchian type, just a pleasant peaceful state of thought. This movie is not just for fans of Casablanca – it helps if you have seen it before however – Curtiz is completely enjoyable even without the contextual knowledge. 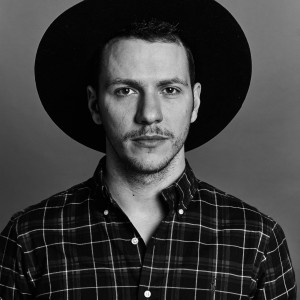 “Michael Curtiz was undoubtedly the most successful Hungarian filmmaker in the world. He made 178 feature films and Casablanca was the one that wrote his name down in history. I wanted to make a statement movie and because I have always been inspired by Hollywood movies, a biopic about Curtiz – a ‘national hero’ who is internationally known as the perfect topic,” the director, screenwriter, and producer Tamás Yvan Topolánszky told me over a pleasant zoom call.

You may wonder how can one handle so many responsibilities, especially since this is his first feature-length film. What made the movie be of such good quality? “We, my wife and I are beginner producers ourselves. We don’t know any people in the industry. So, we decided to work with first-time filmmakers, composers, cinematographers, screenwriters… We knew that this energy of wanting to prove oneself will benefit the whole movie.”

There are three main subjects that I could narrow down in this movie, aside from the obvious topic being Michael Curtiz as a director. Those being: family, migration, and something I would like to call the evanescence of smoke. However, let us first discuss the center of attention in this movie – the director of Casablanca. “He was never really a father but more of a director,” asserted Topolánszky. This is very well represented in the movie by his extreme involvement in the shooting of Casablanca to the point of ignoring his visiting daughter, Kitty, or rather mistaking her the first time he sees her for one of his nightly company keepers.

He was a passionate director; he did not care for actors whatsoever – it was his job to shoot the best picture and he knew exactly how it had to be done. The word compromise was one that he did not like. This mean the old man is played by Ferenc Lengyel and I’m not the only one to say that he was made for this part. “I saw him in the theatre many times and when I started working in the movie industry, I was an everything boy in one project. One day, I was his driver, we talked a little and seven years later I was approaching him with this role for my movie. I told him that he has the grumpy man prerequisite and looks quite like Curtiz himself. When I showed him a picture, he thought that it was himself, and not Curtiz,” recalled Topolánszky. 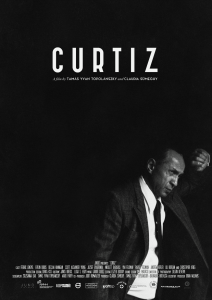 The photos are courtesy of Tamás Yvan Topolánszky.

The main plot is of course the making of Casablanca, but rather than learning about the process and the historical background, I found the father-daughter storyline of greater importance. The story aligns perfectly with the making of Casablanca: there are two ways to go and many decisions to make. Nevertheless, some parts are fiction. “I would say that about 85% is reality and the rest is fiction. Many of the stories have happened however not during the shooting of Casablanca,” said Topolánszky. This makes the movie a well-researched creative masterpiece. “The screenwriting was more than two and a half years with most time spent on researching the era and Curtiz himself. My fellow screenwriter Zsuzsanna Bak and I were working on it daily. It was also important for me to know how to instruct the actors. I wanted them to act naturally (of course), although in the same way as people would back in those times, thus, it may have seemed as overacting.”

“Make America great again!” a sentence you would not expect to hear in a movie about Casablanca, though this is not the only hint about the issue of migration and the connection to the year the movie was actually made – that being 2018. Curtiz being a migrant as so many others were, he is one representation of people that contributed to the American culture greatly, whilst not being American. There are instances in the movie where something that is far may feel terrifying and dangerous but the closer it comes the more acquainted we become and realize that we are not that different. “It was all intentional. There is so much in common with the two eras. However, I don’t want to make a movie that is over-politicized. For example, I never wanted to make the Jewish topic visible. At that moment there were no Jewish laws yet. The characters had no clue about what was happening in Europe. Meanwhile, we all know what happened,” Topolánszky added.

Shade, light, and the evanescence of smoke. Hats off to the director and cinematographer for making each second of the movie aesthetically pleasing to the eye. Shot in a similar style as Curtiz shot his films, this movie is further proof of the fact that movies do not need to be in color in order to be exciting. Shooting a black and white movie leaves more space for creativity and I must say that Topolánszky saw this space and used it to the fullest. Perhaps to the point where one feels encouraged to see meanings in anything and everything even if there is none. I, for one, kept thinking how the smoke of a cigarette represents the whole premise of the movie (and life in this case): all must end. Curtiz will find an ending to Casablanca, Kitty will find an end to her internal struggles. If I were to watch the movie again, I am certain that I will find different symbolism and interpret is as well. “Everybody should see something else in it. A book read a thousand different times is a thousand different books,” declared Topolánszky.

Do yourself a favor and watch Curtiz. It is available on Netflix, so you really have no excuse. For a movie that was filmed on a tight budget in an old airport that has been reconstructed by the film crew to fit the image of a Hollywood studio – this is a masterpiece that deserves more recognition. I would personally like to thank the director, Tamás Yvan Topolánszky for answering some of my questions and say that I am rather excited for the future projects that he holds in hand.