Created by the Poor, Stolen by the Rich.

Mr. Perez, who has also been elected president of the Super League by the leaders of the 12 richest European football clubs, called the aim of the competition “saving football”. “Everything we do is to save football,” the 74-year old Spanish manager said of the formation of the Super League.
The Super League is not just for the rich clubs, it just wants to save football. “If the current system in football continues, football will disappear and will be dead by 2024.” The president of Real Madrid also claimed that young people from age 16 to 24 are no longer interested in football and that the sport must adapt to generational change.
But before we get into the technical points of the tournament there are some points that Perez mentioned that we should not forget. First of all, this is just war about each party’s share of the money, no one is worried about football’s soul. Second, the big famous clubs in Europe are under bankruptcy pressure and they are not able to solve their financial situation. 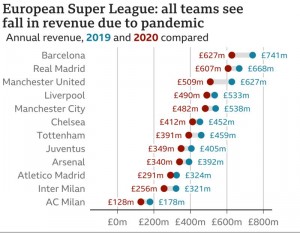 Financial Issues
For example, Barcelona is having an enormous problem with paying their best player Lionel Messi, Or Real Madrid, which also has the same problem with their captain, Sergio Ramos, or to buy rising stars like Mbappe or Halland. Florentina Perez mentioned that as an example, Real Madrid might not be able to extend the contract with Ramos due to their financial problems caused by the covid-19 Pandemic. On the other hand, some clubs are circling these problems by lobbying with UEFA, for example, PSG, and City are good examples of how a club is supported by sponsorship and Uefa. Millions of euros of Oil money have been injected into the clubs. That is totally against the Fairplay rule made by FIFA and UEFA that says every club should have a limited budget for transferring and purchasing new players. While old teams like Everton struggle to even qualify for the UCL.

Aleksander Čeferin, a hypocrite?
“GENTLEMEN, YOU MADE A HUGE MISTAKE. SOME WILL SAY IT IS GREED, OTHERS DISDAIN, ARROGANCE, FLIPPANCY OR COMPLETE IGNORANCE OF ENGLAND’S FOOTBALL CULTURE.” – Čeferin.

UEFA’s president, Čeferin is always talking about football’s soul, but he doesn’t seem too worried that old and big teams like Milan, Inter, Manchester United, Barcelona, Arsenal and etc have been very unsuccessful in the champions league because of their financial issues and now Chelsea, Manchester City, and Paris Saint-Germain which owe their success to only and only Oil Money are in the semifinals. “To the English clubs, mainly, come to your senses, not out of love for football, because I imagine some of you don’t have much of that. But out of respect for those who bleed themselves dry so that they can go to the stadium to support their team and want the dream to be kept alive.” And then he involved prime minister Boris Johnson, to pressure English teams out of the Super League. 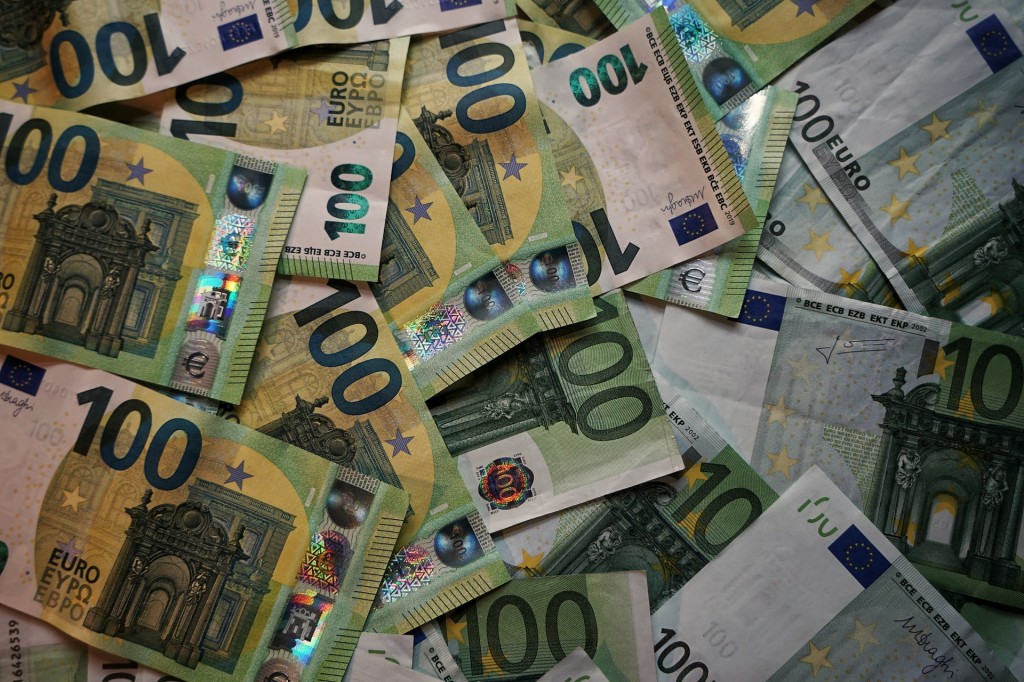 “we are struggling with the payment of our players, meanwhile president of UEFA has increased his salary by over 400,000 euros”. – Perez

What’s the real problem?
The point is that UEFA is acting as an intermediary, and “the middleman always benefits the most”, like a bank in transferring money. UEFA has made a monopoly for itself and all the money that is earned during the UCL tournament is mostly brought back to UEFA. Only 80 million is going to be given to the winner. Also, a huge percentage of the money that is earned during the UCL such as TV income, Coefficient income, shirt sales, and so on goes to UEFA.
Florentino Perez mentioned, “we are struggling with the payment of our players in order to extend their contract, meanwhile the president of UEFA has increased his salary by over 400,000 euros”. And there is no transparency in the UEFA financial system. “Why aren’t UEFA and La Liga salaries public? Why haven’t salaries been reduced like everyone else during the pandemic? We need more transparency. We know the salary of LeBron James but we don’t know the salary of the UEFA president.”

Technical Stuff
According to data released from the conference, this new tournament wants to replace the Champions League and Europa League. It is supposed to have 20 teams each year and the teams will compete in two groups of 10 teams. 15 teams will be stable and will not fall under any circumstances. The other five teams will be disqualified from competing next year due to the points they earn, and other teams that get good results in their domestic leagues can compete next year. The top three teams in each group advance to the knockout stages. The fourth and fifth teams of the two groups will compete with each other to determine the seventh and eighth teams in the quarterfinals. The matches will be eliminated in the quarterfinals and semi-finals. The winning teams will advance to the final and play the final game. In addition, The Super League could help small clubs in a financial matter, if the famous clubs would not be able to buy new players from smaller clubs, then the most pressure will be on small teams. As he mentioned huge clubs are having financial issues and it is visibly connected to small clubs in the future.

Our opinion
In our opinion, this is just a war about money, no one at UEFA or FIFA is worried about football’s soul. The fact that all these big clubs are facing financial difficulties makes the idea of super league understandable, and to be honest they are not breaking any rules, except making money out of their own fans. Some people might argue that a super league can have a huge impact on small clubs because they would lose the chance to participate in the tournament. But I believe the idea of the super league was quite similar to the champions league and every team had quite a good chance to enter the tournament. (according to Florentino Perez each year the participating teams would be changed). Actually, the new format announced by Uefa looks hilariously similar to the Super League’s format. So not only that smaller clubs wouldn’t be left out of the competitions, but it would have brought much more money into the club’s pocket and not the UEFA’s.