Community and Image: an interview with Guest Professor Robert Trader 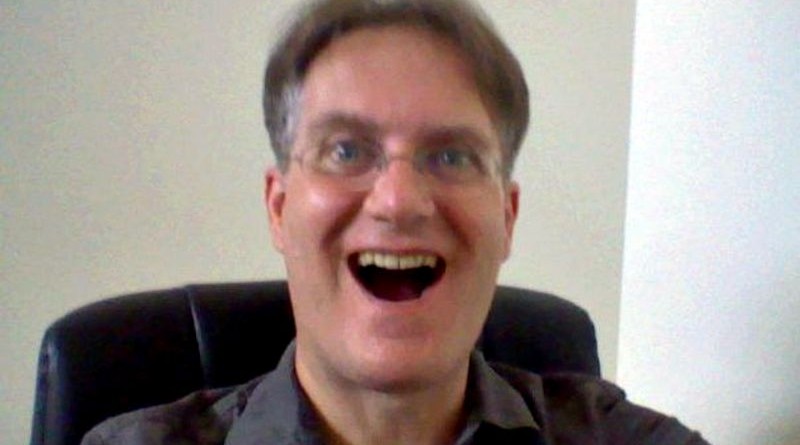 I recently sat down with Dr. Robert J. Trader (Communication guest professor from the main campus) for what was supposed to be a 15 minute interview. We talked about his upcoming open forum and his overall impressions and experiences since he has arrived in Budapest. In fact, without either of us noticing it, the interview lasted for almost an hour; only the beginning of his next class interrupted our conversation.

Wednesday, May 8, 2012, there will be two open forums: the first will be student presentations from Dr. Trader’s Visual Communication course focusing on the question “What does community mean on this campus?” Dr. Trader describes the Budapest campus community as being “very complex” in relation to its relatively small size. According to him a community needs three things: people, spaces, and a common purpose. Inevitably, the questions turn to the matter of the representation of such a community.

Based on this definition of community and seeing as how he has previous experience as a web designer, he proceeded to give the campus website as an example, which he says was the first thing he noticed. The website according to him shows pictures of the building, the staircase, etc. That covers the “place” of the community. Dr. Trader notes that “There are images of students and events, but they are a little hidden.” The first impression of the college from the website is of the place and not the people.

When asked to explain further his impressions of the campus, looking out at the window from the top floor towards the trees that are visible, he said with a smile, “I feel like I’m in a tree house.” In Dr. Trader’s opinion, “The most unique aspect of the campus is the international flavour” which he believes needs to be better represented.

The second presentation is on Dr. Trader’s experiences here in Budapest. He said that he will show how he has used technology in his courses here to teach his students.

Why the Budapest campus?

When I asked him about the reasons why he chose to come to the Budapest campus, he informed me that he has previously lived in Mexico and Japan, and that coming to Budapest seemed like an “excellent opportunity to explore a new part of the world”, since he had never been to Europe before.

One of the strange things to him was that he “feels like a foreigner here more than anywhere else”. He believes the reason for this is that in both Japan and Mexico his appearance sets him apart: he is obviously a foreigner. In Hungary this is not true, and “people expect me to be Hungarian. I walk down the street, and since I do not look very different from your average Budapester, everyone expects me to speak Hungarian and to understand Hungarian culture”, which made the fact that he was an outsider feel even more palpable.

First impressions of the city?

Other than a few complaints regarding the fact that there is a lack of English media in the city, that some streets are neglected and covered in dust and dirt, Dr Trader has had an overall pleasant experience in Budapest. In particular, Dr. Trader has enjoyed the food here, which he describes as “simple, tasty, and nourishing.”

He also added that Hungary is the first country he has ever lived in where he didn’t speak the language. Also he is slightly disappointed that he didn’t fully experience Hungarian culture, adding “I regret not being able to make connections with Hungarians, but I feel like I made some really good connections with the faculty and students.”

His last comment was about something we have all complained about, the immigration office. Even the taxi couldn’t find the place to pick him and his family up, but on the bright side “Japan was really bad too, so it was ok.”

I also asked him about his favourite locations in the city. He said that he loves the building that he lives in, as it was designed in art nouveau style, which is his favourite style.

He also likes the West End mall because “I like shopping”, as well as Varosliget (city park), Margaret Island, and the central market at Vam tér. Dr. Trader had wonderful experiences at the zoo, the planetarium, the Gellert hot springs, crossing the river on the many bridges, wandering around downtown, and visiting museums, restaurants, and cafes. There are so many small shops here, which have virtually disappeared from the United States. These small shops make Budapest feel homey and welcoming.