When it comes to action movies, Hollywood jumps or springs to mind. We may mock Bollywood’s thrill flicks and joke about Nigerian Nollywood’s superhero films, but the true new challenger comes from the land of Jackie Chan.

Since its early days, Hollywood has been using its status as a renowned and glamorous movie set for the spread of pro-American ideology. America is always saving the world, crushing evil dictatorships, fending off hordes of alien invasions, fighting against black market operations, and the list just goes on. Rarely do any other countries help out, if anything they stand in the way because they are the cause of the world problems that Uncle Sam ends up cleaning up.

However, nowadays China has stepped up to the plate to become the new voice of movie propaganda, enforcing the notion that China is not what people think of it and that it is much better than reality portrays it. This years’ “Wolf Warrior II” (“Zhan Lang II” original title) was released in July and initially slipped under the radar of us regular film-goers. This comes as no surprise considering western critics have given average reviews at best. Also, no promotional activity has been seen because the movie’s marketing team did not bother to go global about their new movie, and who would with a domestic audience of more than a billion people? 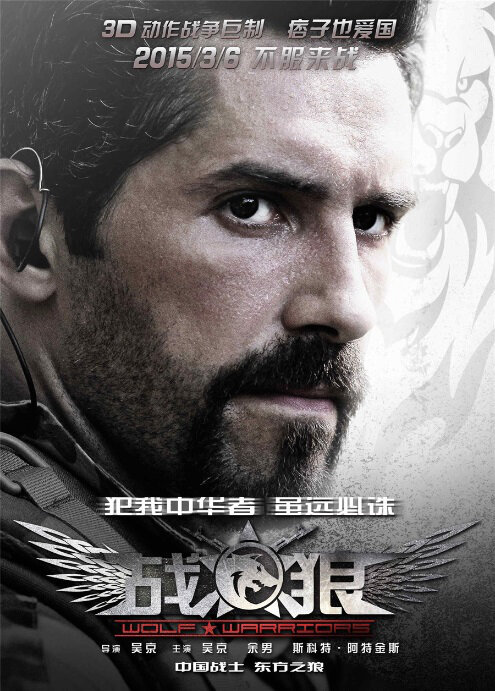 The movie has several production companies and institutions backing it up: “International Media”, “China Film Group”, “Bona Films”, and “Beijing Culture”. Wu Jing, star of “The Mummy: Tomb of the Dragon Emperor”, is the backbone of this movie and one of the 10 producers and the director. In the movie he plays Chinese soldier Leng Feng, who is a loose cannon and takes on special missions around the world. In this sequel, he finds himself in an African country protecting medical aid workers from local rebels and vicious arms dealers. Does that sound familiar? How about most Hollywood movies with Africa as a main setting?

There are a few interesting facts about this movie. The first is that when it comes to Hollywood, the ones causing trouble are usually Russians, Eastern Europeans, Middle Eastern and sometimes Japanese/Chinese, with a pinch of North Korea for good measure. In this movie, they clearly target the western world as the cause of misfortune for these people in Africa, and who better to play the role than a proper US born actor, Frank Grillo (“Purge: Anarchy”, “Warrior”, “Captain America”). Grillo is not a stranger to playing the role of the villain, and here he does a decent job, too.

The second interesting factor is in the setting itself. China has contributed US$100 billion in infrastructure investment in Africa in the last few years, connecting the whole continent by roads, railways and air. It is the perfect place to start your own country’s promotion, somewhere where people already appreciate the help you have given them beforehand. A third and most interesting fact, a possible personal theory, Wolf Warrior II…. Sound familiar? As in… World War II? Since the end of that war, in each movie about it (video-games as well) there has been a heavy accent on Americans winning it for everyone. Almost as if they were the only ones in it, out of all possible names for movies, and the specific way the number two was written, in roman numerals, it is as if they had intended to indirectly state “we are coming for you!”

The movie had gone unnoticed until they unexpectedly managed to break box office records, for the number of screenings, views and profits; gathering up to US$870.3 million from an initial investment of just US$ 30.1 million… talk about a good investment! The movie was shot in China and Africa from June to November 2016. There is a tank battle in the movie which was filmed in Zhaochuan Ironworks, Zhaochuan Town of Xuanhua District, Zhangjiakou city, in Hebei province; while for the film’s African scenes, they were mostly shot on location in Soweto and Alexandria, South Africa.

After this huge success, we will see as time goes how the Chinese will carry on in the movie industry. Will they continue to attack the western world and counter their propaganda with some of their own, or will they return to their previous Chinese market oriented movies? Judging by the numbers, it is safe to say that this was not the last we have seen of China’s Liberation Army… liberating.