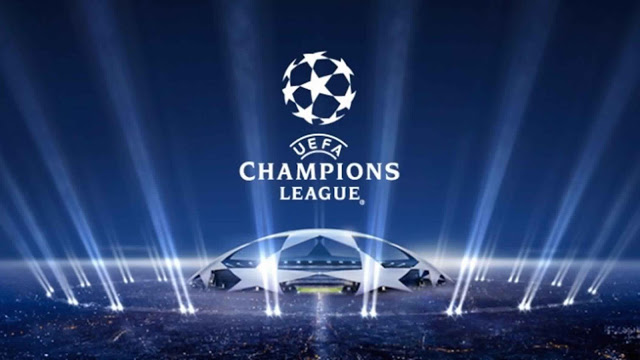 The second matchday of the group stages of the Champions League does not involve as many big names as the first one, although it promises to be no less exciting and potentially full of goals. The central event of the day would of course be the Borussia Dortmund against Real Madrid game. Both teams are in great shape, even considering Real Madrid’s draws in Spain’s La Liga. Most of the players are fit and ready to show their best. As for the rest, CSKA vs. Tottenham Hotspur will be a great opportunity for Russian team to perform better on international arena, to gain confidence in their own championship, and continue on their path to the first place in the table. Spurs boss Mauricio Pochettino, on the other hand, is looking forward to show what he has taught his wards, which helped his team finish confidently near the top of the table last season. To have a better idea of what to expect from the teams on Tuesday, down below is the overview of the first Champion’s League matchday that took place two weeks ago.
In one of the major confrontations of the first matchday week PSG welcomed Arsenal on September 13. The duel between these teams evolved in a fascinating way and we can only regret that it ended with the score 1: 1, because if you looked at the highlights – the Gunners surely should have lost to a big score. Arsenal conceded a goal after 42 seconds from the head of Edinson Cavani, who was to then be continually frustrated in futile pursuit of a second. If at the start of the fight the Uragauan striker managed to score a header after the cross from Serge Aurier, then later the new main sniper of the team missed four or five real scoring opportunities. Arsenal’s hapless defence provided encouragement for Edinson, and only David Ospina who surprisingly replaced Petr Chech in goal repeatedly rescued the team.

After the game, Cavani took the blame on himself, admitting that he should have scored more goals, but the coach of PSG Unai Emery was satisfied with the way his wards performed. The new coach believes that over time, the realization will come. However Arsene Wenger was not impressed by the actions his players in the first half, but praised them for the second time, when Alexis Sanchez was able to score the goal of salvation.
In the duel with Celtic, where Barcelona swept aside Scotland’s Celtic, another landmark was achieved by Lionel Messi. The Argentinian has scored three goals of the seven scored by his team, and this hat-trick was the sixth in the Champions League for him, which is an absolute record. Second place in this chart stays with Cristiano Ronaldo (five hat-tricks). At the post-match press conference, the head coach of the Catalans, Luis Enrique, said that Messi does not have a clearly defined position on the field, which brings enormous benefit for total dominationd. Another interesting stat is that Lionel has scored in 12 consecutive Champions League campaigns, but in front of the Argentine are still Raul Gonzalez (15 seasons) and Ryan Giggs (16 seasons).
Modest Italian coach Maurizio Sarri for a long time was pursuing two main purposes in life: coaching in Serie A and in the Champions League. For 24 years long this coach faced both successes and failures, but he continued to work hard, realizing ideas and striving for the better. As a result, two years ago, he was a part of Empoli and managed to realize the first dream that led to raise in Napoli, which now has implemented the second goal, the debut in the Champions League that turned out successful. In an away match against Dynamo Kiev, the Neapolitans were able to get a strong-willed victory thanks to the double of Arkadiusz Milik, and chalked up their first three points.

Initially, the match between Manchester City and Borussia Moenchengladbach was supposed to take place on the Tuesday, but a huge downpour prevented it. The whole day in Manchester was still hot, and in the evening there was heavy rain, which completely ruined the pitch before the match. Referee Bjorn Kuipers did not agree for the match to go ahead, while the UEFA delegate, after consulting with the leadership of both clubs, decided to postpone the match till the next day. On the second day the wards of Josep Guardiola (by the way, Pep became the first coach in the history of Manchester City, who got seven straight wins to start a career in the club) were able to easily defeat the opponent, scoring four unanswered goals.
I will not talk about the miracle of the last year, because everyone already knows about it. The fantastic foxes of Leicester, the Premier League first-time Champions, are competiting in the Champions League for the first time in their history. Manager Claudio Ranieri’s first opponent was the Belgian club Brugge and the first goal was scored by Marc Albrighton after the uncoordinated actions of the defense opponent’s goalkeeper. A first double was written down by Ryad Mahrez, who scored with a free-kick and a penalty. With regard to what Leicester did, anything you try to report on Leicester, it will be the first time – the debutant got a good victory and look forward to the future.

Real Madrid in its match with Sporting had to be fidgety for the final result. The Lisbon team headed by Jorge Jesus arrived at the Santiago Bernabéu clearly to compete for the points, although no one was expecting this for them. At the beginning of the first half, the visitors managed to take the lead after a mistake in the defence from Sergio Ramos, and then till almost the end kept the lead. Real predictably fell on the opponent’s goal and was able to break it’s rich defense only at the very end. Cristiano Ronaldo leveled the score with a crisp free-kick (it was a 550th of his career), and in added time, then Alvaro Morata’s header locked onto the cross from James Rodriguez. The match against Sporting turned out to be the most difficult of the season so far for the Merengues, but the team was able to prove that the fighting sprirt is still there.