Is Carbon capture coming along?

Recycling is for all of us, hopefully, part of a routine. You have your papers, your plastics, your glass, and maybe if you have a small garden – your compost bin. While you are doing a great job for our planet, unfortunately, we have come to the point where recycling, although essential, is not enough for salvaging what is left of our immensely polluted environment, and according to the Intergovernmental Panel on Climate Change (IPCC), without swift action, global temperatures will rise by 1.5 °C by 2030 and 2 °C by 2050 – and will continue to climb beyond then.

In an attempt to understand how we, as individuals, can do more, I have stumbled upon a world of sciences related to sustainability. Elon Musk has always been at the forefront of these sciences. Tesla, the company he founded, produces electric cars and we all know that electric cars are better for the environment than your average gas car. Yet, we cannot say that the company itself is sustainable or that electric cars are harmless to the environment. What we can say is that he is donating US$100 million to fund carbon capture technology. 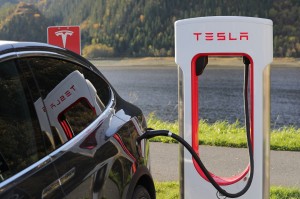 What is carbon capture? Carbon capture sounds like something we definitely need. Since the beginning of the industrial age, until now, there has been a 47% increase in carbon dioxide in our atmosphere and the numbers keep rising. Having machines capture the carbon emitted by the big industries will help us reduce the Co2 released and potentially use it more efficiently, or get rid of it in a way that doesn’t disrupt our planet.

While this technology exists and is implemented on some level in a lot of countries, carbon capture is still very costly and, in some cases, if not properly monitored and maintained, very dangerous. What is it that Elon Musk is actively looking to fund then? Carbon capture technology captures about 0.1% of global emissions, which is not at all enough to aid our planet and is very much heavy-industry-centric. What Musk is envisaging is a “carbon negative” world by filtering ambient carbon. These technologies are also known as “negative emissions technologies” NET and according to Stephen Pacala, a professor in Ecology and Evolutionary Biology at Princeton University, emission cuts and NETs “are two tools in the same toolbox.” 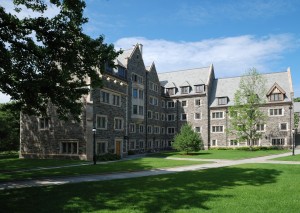 according to Stephen Pacala, a professor in Ecology and Evolutionary Biology at Princeton University, emission cuts and NETs “are two tools in the same toolbox.”

Luckily for us, the biggest example of filtering ambient carbon is around the corner, in the form of trees and forests. One hardwood tree can absorb up to 48 pounds of carbon dioxide per year. Through photosynthesis, trees take in carbon dioxide and release oxygen. If we start planting 40 billion trees every year, it is only in 40 years that the trees that we plant this year would cancel out today’s increased Co2 levels. These studies are still being refuted and some researchers claim that other researchers had overestimated the Co2 trees could store – by a factor of five. This is why investment in carbon capture is so important. While specialists are going back and forth over how useful trees are on the carbon capture level, Elon Musk will continue to invest in carbon capture technology to capture the carbon that his company is most probably emitting.
Spread the love