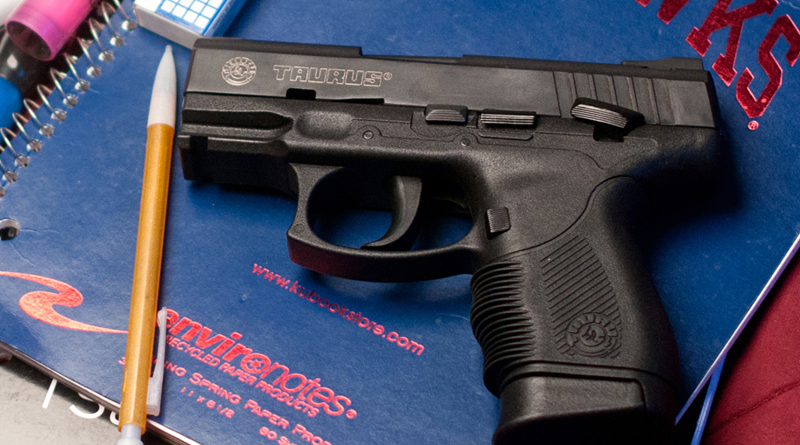 In the wake of several school shootings, states are now considering legislation about whether or not to permit guns on college campuses. While some schools point to a need to ease existing firearms and allow concealed weapons on campus, others see the solution in making the restrictions to keep guns off campus more strict.

In 2013, at least 19 states introduced legislation to allow concealed weapons to be carried on campus. And by the year 2014, 14 states had already introduced a similar legislation. Two of the bills that were proposed in 2013 were passed. The one in Arkansas allows faculty to carry guns and in Kansas the bill creates an agreement that colleges and universities cannot prohibit concealed carry unless a building has adequate security measures.In 2014, Idaho became the most recent state to allow concealed carry weapons on college campuses.

The problem is more guns on campus increase the potential for unauthorized access to guns by the wrong people. It is not a good idea to hand concealed weapons to teachers and staff members who are not trained to handle gun combat in a dynamic environment. Where police officers have ongoing training in the law, policy and procedure, this is not the case with civilians. The competence of a police officer is often judged by their ability to know when not to shoot, not just when they should pull the trigger. Renowned psychologist Abaham Maslow gave a statement about the idea of guns on campus: “If the only tool you have is a hammer, you begin to look at all problems as nails.”Guns can breed overconfidence, where deadly force becomes the first rather than the last option. Instead of reporting a suspicious person, a good guy with a gun may take direct action.

The express goal of the NRA and other pro-gun groups is to promote the concealed carrying of firearms on college campuses. As the NRA states, “Colleges rely on colorful ‘no gun’ signs, foolishly expecting compliance from psychopaths.” To this end, the NRA and state legislators are pushing guns at every level of schooling. The lobby backed a new Indiana law that allows guns on school property, as long as they are contained within parked cars. “Teachers have to leave their 2nd Amendment rights at the front door when they go to work,” said Indiana Senator Brent Steele, explaining why he supported the measure, in spite of the fact that the courts have never wavered on the constitutionality of gun bans on school property. The way of thinking is that if students and teachers are armed, or at least protected by armed guards, shootings such as those at Columbine High School in 1999, Virginia Tech in 2007, Sandy Hook Elementary School in 2012, UCSB, and, Seattle Pacific University, either will not occur or will be less deadly. However, that is not the case.

One of the most recent studies on gun violence in America concludes that widespread gun ownership is the force behind violence. The study compiles data from all fifty states between 1981 and 2010 to examine the relationship between gun ownership and homicide. After analyzing national trends in violent crime as the study concludes, “For each percentage point increase in gun ownership the firearm homicide rate increased by 0.9%.” This research is consistent with evidence showing that more guns mean more violence.

Given excessive consumption of drugs and alcohol on campus, the best a college can do is take precautionary measures to minimize the chance of impulsivity that will become lethal in the presence of a firearm. The only way to do this is to prohibit or at least strictly control guns on campus. It is simply not possible for campus police to monitor every party to ensure that those possessing guns are sober enough to do so. And even without the presence of alcohol, accidents happen much more often than gun advocates would like to admit. And when accidents happen with guns, they are often deadly. Individuals in households with firearms, for example, are four times more likely to die of accidental death than those in households without firearms.

The evidence is clear, where guns are carefully controlled; there is less gun violence. And where young people are more open to drugs, alcohol abuse, accidents, theft, poor judgment, and impulsive behavior, more guns will not mean less crime but more chaos.