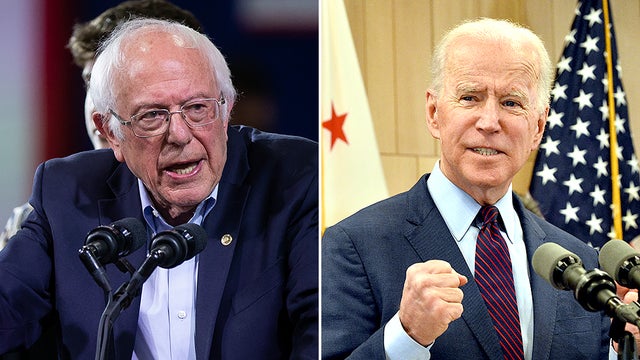 American television channels declared Bernie Sander’s victory on the basis of projections and preliminary results. Giving him a very large advantage over the trio composed of former vice-president Joe Biden, moderate Pete Buttigieg, who last minute dropped out of the race, and senator Elizabeth Warren.

He is becoming the favorite day by day to challenge Donald Trump for the presidential election. Bernie Sanders largely won, on Saturday, February 22, the Democratic primary organized in Nevada. According to the results relating to 50% of the polling stations, the 78-year-old senator, had a very large advantage, with 46% of the votes. Former Vice President Joe Biden ranked second (23%) and far ahead of the moderate Pete Buttigieg (13%).

This third round of the Democratic primaries placed Bernie Sanders in a very favorable position before the avalanche of “Super Tuesday” on March 3, when fourteen states voted. 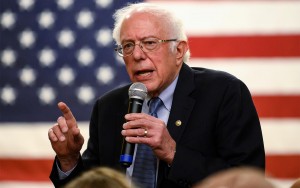 1357 delegates are allocated during the “Super Tuesday”. In comparison, only 155 had been distributed so far.

However, on March 3, “ The Super Tuesday”, The former vice president reaped a series of victories during which several million Americans voted to nominate their preferred democratic candidate to face Donald Trump.

Mr. Biden, 77, has so far won in eight of the 14 states participating in the “Super Tuesday”, mostly in the south of the country where he is very popular with the black Democratic electorate. 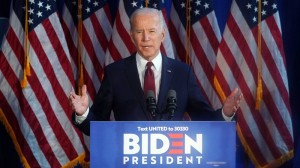 Independent senator, Bernie Sanders, takes the lead by winning three victories in his stronghold in Vermont, Colorado and Utah. He is the favorite in Texas and California. 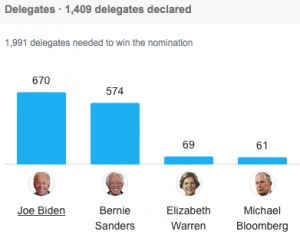 These two states are bringing the largest number of delegates to the convention which will appoint Donald Trump’s opponent for the presidential election on November 3, this summer.