Berlin: reflections of a city through exhibitions

A portrait of the German capital through exhibitions that present two pillars of the city: classical arts, and modern culture. 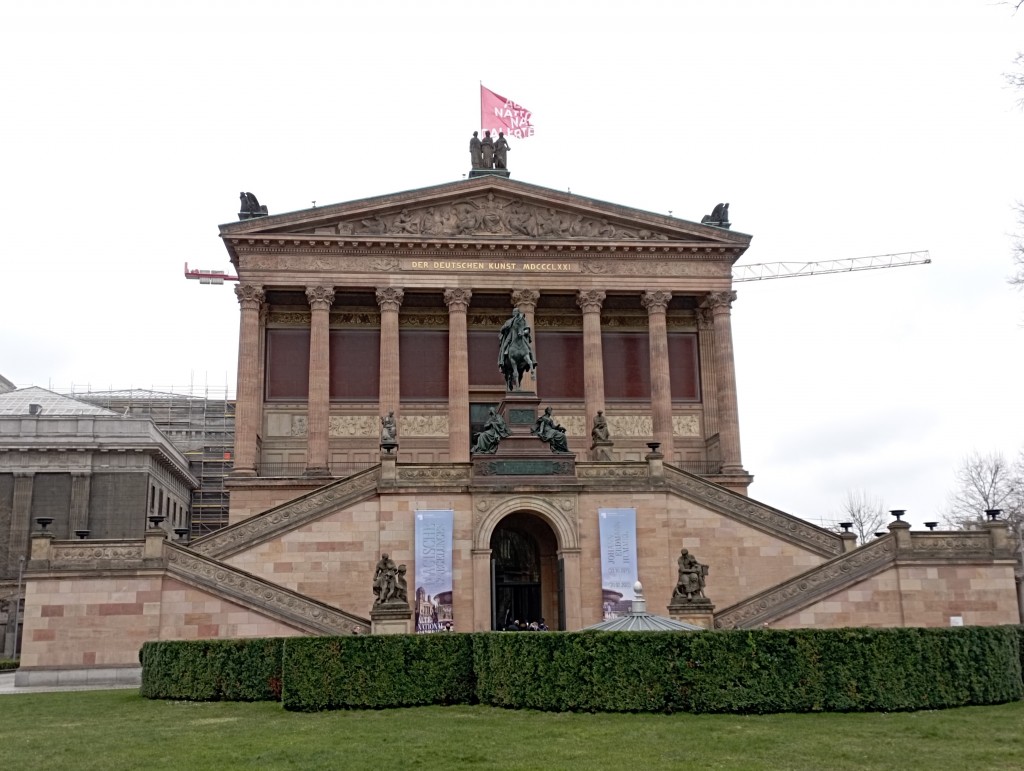 Visiting exhibitions is necessary when someone travels to Berlin, and two institutions, the Alte Nationalgalerie, and the Akademie der Künste should be on the top of your bucket list.

There were two special exhibitions in the city in February that gave back the whole Berlin feeling from completely different perspectives: one was a journey back in time to the Berlin of a century ago; the second was a mix of the scenery of today’s modern world and the still unknown future. 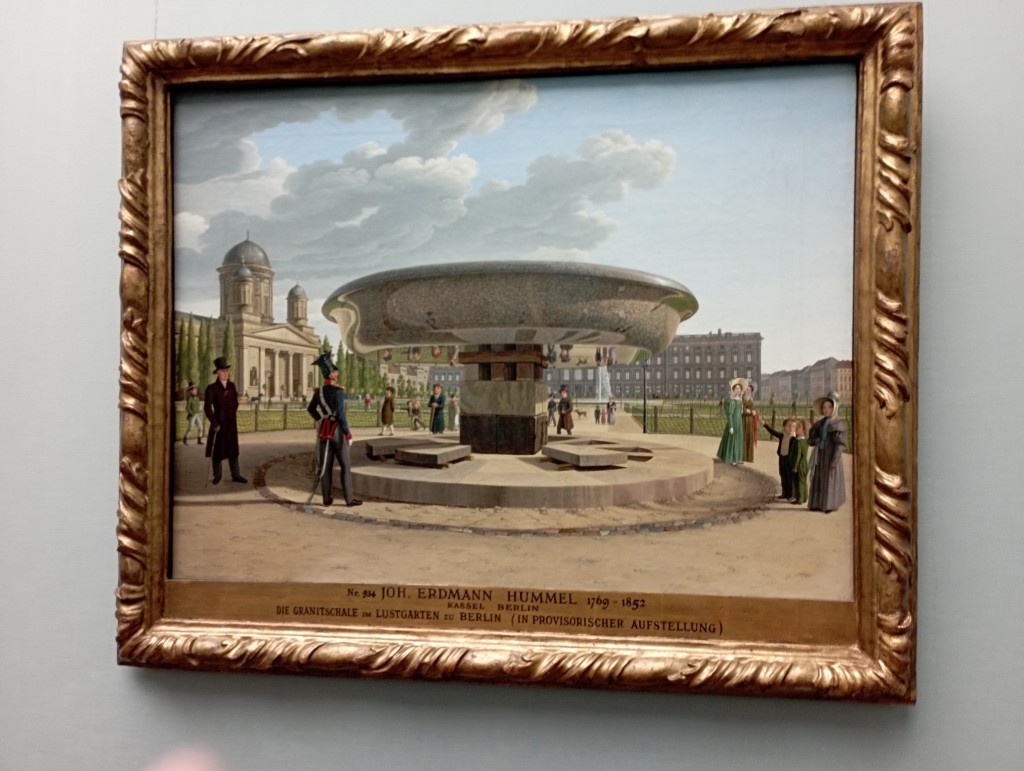 The Granite Basin in the Berlin Lustgarten by Johann Erdmann Hummel

The Old National Gallery shows works of art from the 19th and early 20th centuries. It is a temple, the “Freistätte für Kunst und Wissenschaft” (Free Palace for Art and Science), ordered to be built by Frederick William IV. On 22 March 1876, the birthday of Emperor William I, the National Gallery was ceremoniously opened as the third museum on Spree Island. Since that day, it has been considered, especially today, as the center of tranquility, where time stands still and the soul can bathe in the enchanting colors and shapes, for once to be able to rest and enjoy itself.

‘Magical Reflections’ re-introduced the talented painter Johann Erdmann Hummel (1786-1822). As the Alte Nationalgalerie summarized “inventive reflections, nested spatial constructions and refined uses of light” make his pictures extremely realistic. Looking at the Granite Basin in the Berlin Lustgarten, his most famous painting, one can get lost in the golden time of Prussia. His other masterpieces — his landscapes, and portraits — are also hyper realistic-seeming compositions that are leading the spectators to the roots of arts. This exhibition showed that Berlin did not lose its classical vibes, and will always welcome those who are seeking to discover things that are not constantly changing in a rapid way. 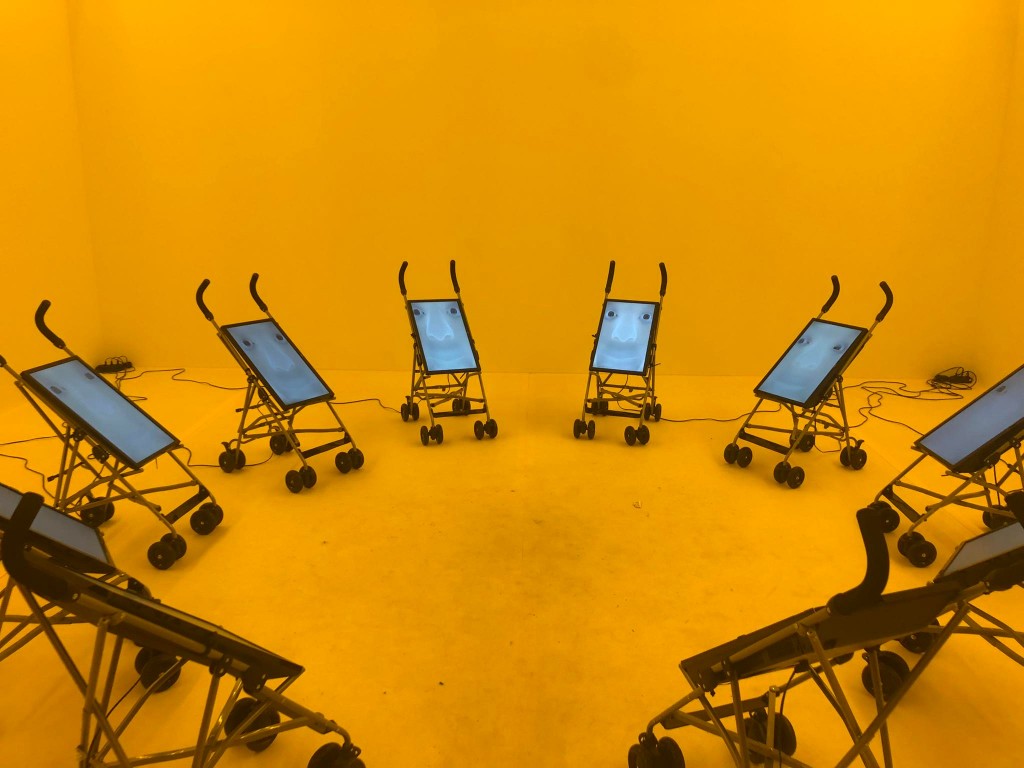 The Akademie der Künste has grown into a cultural hub of modernity. Since its foundation in 1696, it has been constantly evolving, just like Berlin, and the fast-paced world. Today, it is best known for the Berlinale, but an essential part of its role is to provide a venue for contemporary artists who bring people closer not only to culture but also to key social issues. It is the place to be if you are looking for self-expression. The Academy is a real-life demonstration of how free-spirited and accepting Berlin is. There is no weirdness, no taboos, just freedom.

‘abandon all hope ye who enter here’ is one of the most innovative exhibitions I have ever seen. Every single piece on display was an important part of something digital and electronic, like monitors, wall-sized displays, flashing lights that matched the ominous music, or a tangle of cables and heat cameras that made up a server room. The Academy has built the works around this central question: “From the generation of planetary heat to the tokenization of everyday life to unachievable utopian fantasies of democracy or immortality; how can the technological hellscapes we are producing — and the futures they are making — be refused or rejected?” The answer is everyone’s own interpretation and must be searched for across the city. Finally, please let me add that the title of the exhibition and the little intertextuality with Dante’s Divine Comedy should not mislead us — if one goes to Berlin, one does not end up in hell, and if one learns from positive examples, hope does remain.

Alongside the classy buildings, Berlin’s fast-paced, ever-changing modernity is its main characteristic.

Unfortunately, the two exhibitions are now closed, but you can find out more about Hummel here, and take a digital tour of the Academy here.