Gdansk is a beautiful city located on the Baltic Sea, but its beauty has been desired for hundreds of years, thus Gdansk has been bouncing back and forth between Germany (where it was called Danzing), and Poland. 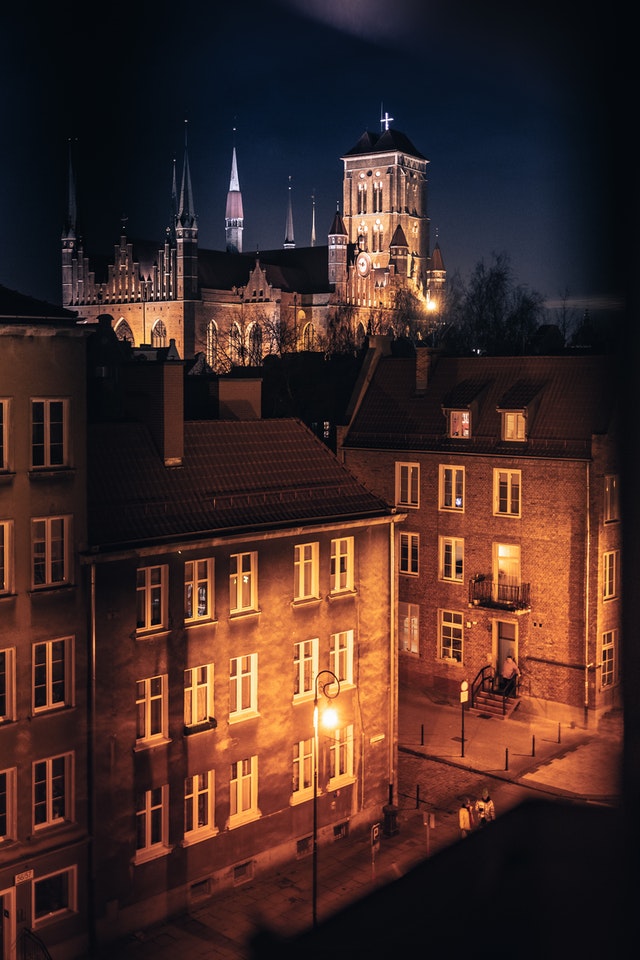 In Gdansk, there are charming shopping streets, buzzing restaurants, cool cafés, and a lively beach scene. But the biggest draw is the gorgeous old city center, packed with monuments from the days when Gdansk was one of the richest Hanseatic cities on the Baltic Sea. It is one of the most beautiful towns in Poland. Some buildings date back to the 16th and 17th centuries. The architecture well reflects the town’s history as a trade and commercial center. Walking through its streets you might see Dutch and Scottish influences. Some of the architectural styles are Gothic, Renaissance and Baroque. There are some breathtaking Gothic churches, such as St. Mary’s Church (Bazylika Mariacka), which is one of the largest brick churches in the world. 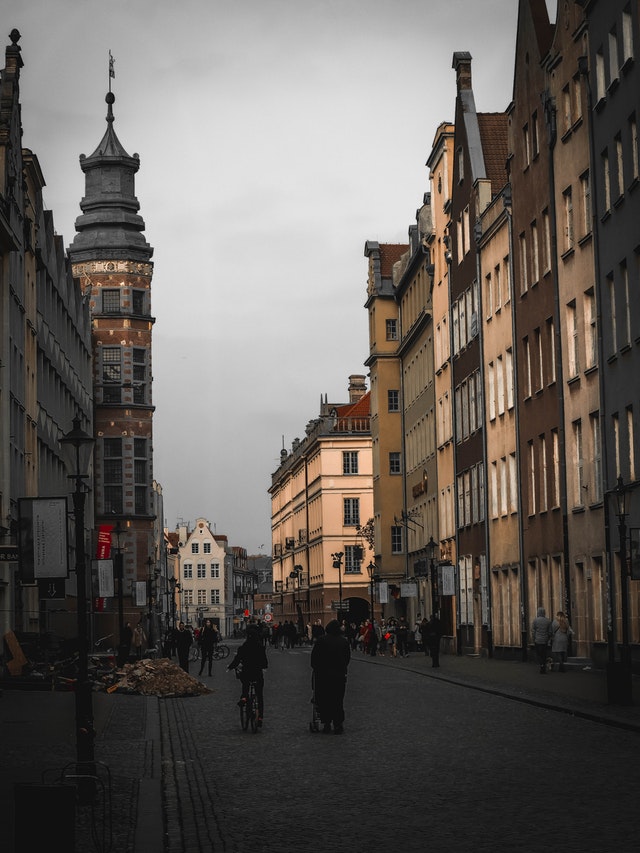 Some of the main attractions, the Long Market (Długi Targ) and the Long Street (Ułica Długa) make up something called  “The Royal Way”, the main pedestrian street in the town. It is 500 meters long, so it is about a 10-minute walk and there are different things to stop and look at for the best experience. There are shops and restaurants, and cafes lining up to the Town Hall tower which you have to climb to witness the best view of the town. This area is usually very crowded, however, during the night or early morning you can cherish the peaceful atmosphere on your own. 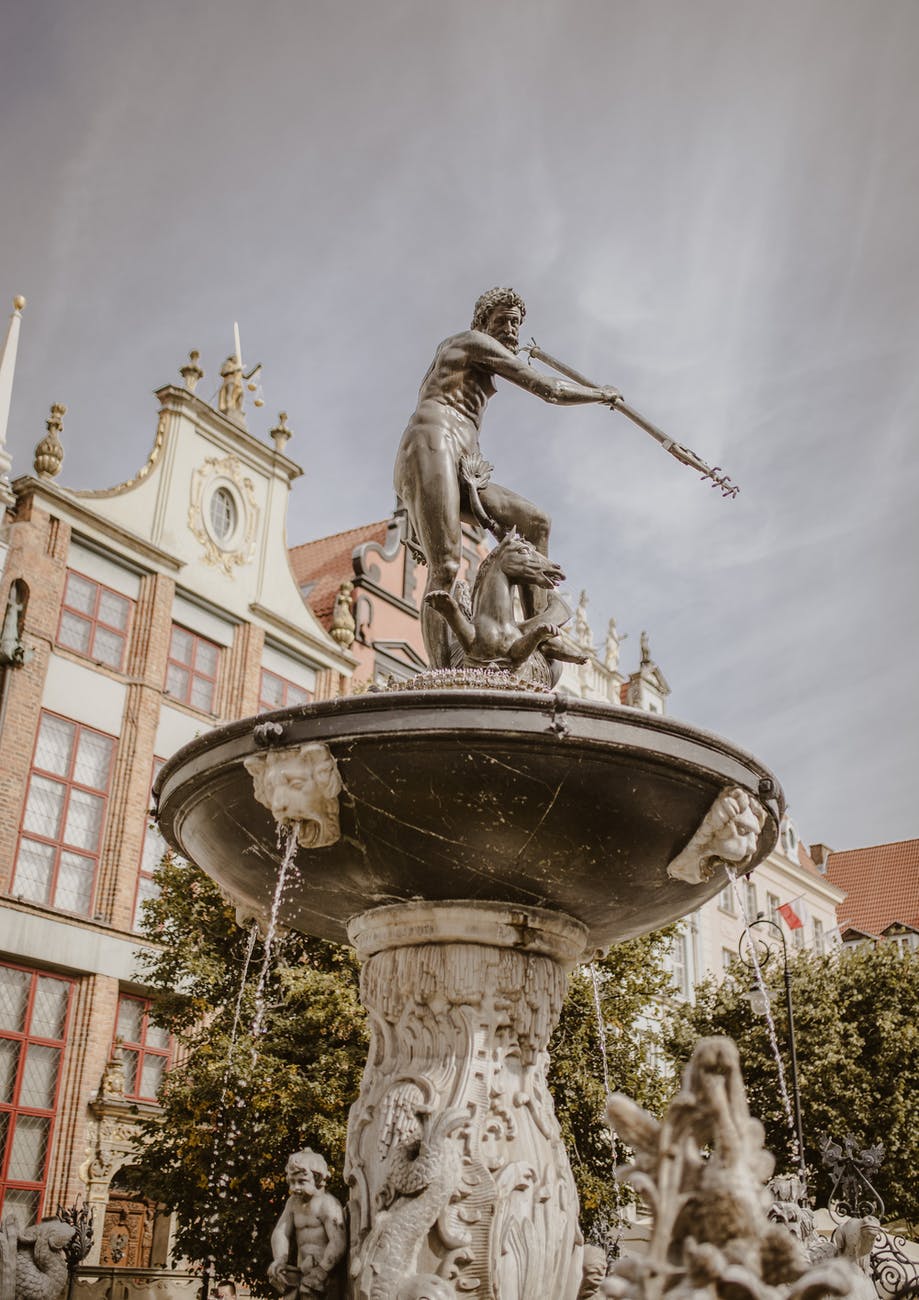 Milk bars (bar mleczny) were very famous in Poland. These were cafeterias during the Communist era that provided government-subsidized traditional Polish cuisine. Now they are rare, but still can be found in some parts of the city. A famous place where people love to take pictures is Neptune’s fountain, which is a Renaissance-style statue. I would say one of the most romantic streets is Mariacka,in which while walking down the cobblestones you will see hip cafes and jewelry shops that specialize in amber jewelry.

Some of the best dressed stars at the 2022 Oscars