The Beautiful Architecture of Barcelona’s Heart 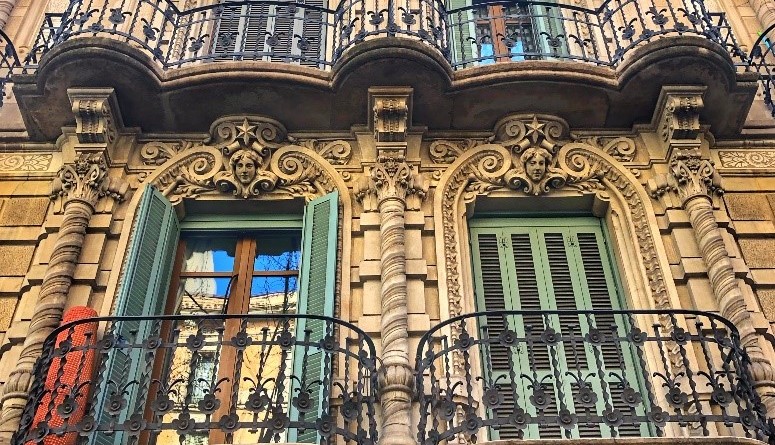 There are few places in Europe as captivating as Spain, and there few places in Spain itself that could compete with the regal majesty of Barcelona. Sandwiched between the blue panorama of the Balearic Sea and the almost pastel greens of the rolling hills West and North, Barcelona rises from the earth in a mix of styles that reflect the influence on and of the demi-nation of Catalunya and its capital. Four great styles of architecture grace the city – Romanesque, Gothic, Modernisme (‘modern’), and Contemporary. The four forms of building come together throughout the city, blending into and with each other in a streamlined balance that allows for the densely populated city to be airy, light and welcoming.

Spending three days in Barcelona (this time), let me wander the neighborhoods of Eixample and Ciutat Vella (Old City) as if I lived there, walking up and down as many streets as I could, just taking in the raw beauty of these areas. Eixample, a neighborhood designed with the esthetics of Modernisme, featured wide, open streets with multi-faced intersections, allowing for light and traffic. Designed by the Master Urban Planner Ildefonso Cerda y Suner (1815 – 1876), Eixample is based on a grid pattern, so you have to work pretty hard to get lost; making it one of the most tourist friendly places to wander that I’ve ever come across. No matter which street you go up or down, the smells of fish and olives, cheese and meets fill the air as tapas restaurants open their windows to let in the Spring breeze; bakeries warm the air with the smell of sugary yeast, and young adults marched for equal and protective rights for Women (at least while I was there) in the tens of thousands. 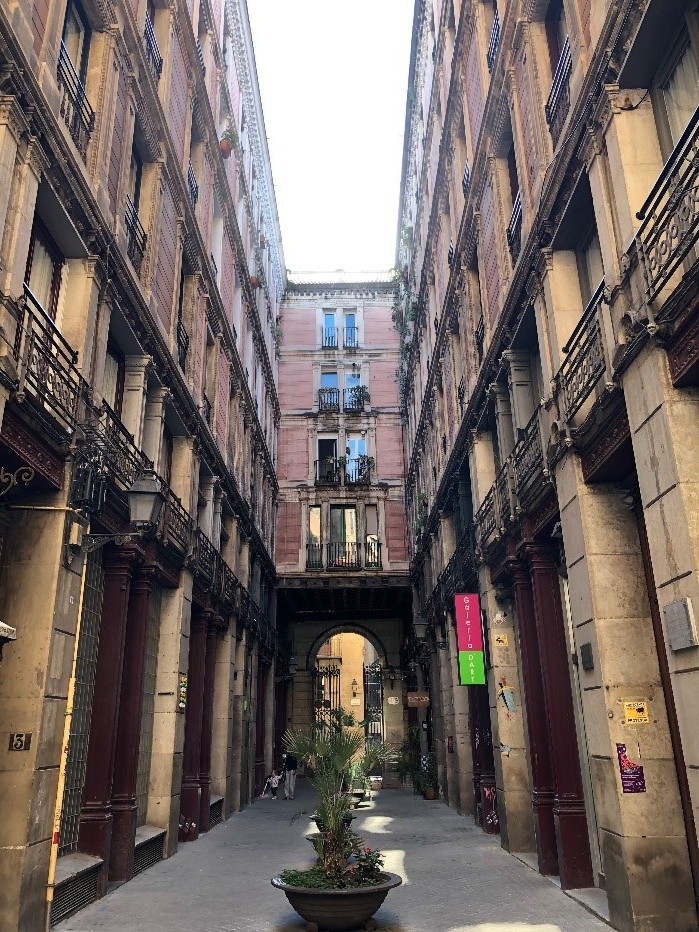 The beauty of the Modernisme edifices in Eixample reminds one of the fantasy stories where elven kingdoms are described; the Casa Mila, by famed architect Antonin Gaudi, sits on the wide, beautiful boulevard of Passeig de Gracia, and has become a world treasure. Originally hated by many, it was given a nickname, disparagingly, of La Pedredra, or the rock quarry. Today, however, the fluid stone building is a hallmark of this exotic architectural style.

In comparison, Ciutat Vella is old, with narrow streets and windows mere meters away, but its intensity spears the sky in short little bursts as you make your way down tiny little alleys and walks. Spending my time between El Raval and El Barrio Gotico was easy, as the two neighborhoods are separated by Las Ramblas de Catalunya, huge stripes of promenade walkways with restaurants, kiosks, and places to sit and enjoy yourself; it only gets livelier as the day progresses and night comes on. El Raval, today Barcelona’s Chinatown, has tons of great ethnic eateries and small shops, and one is constantly assaulted by the intense greens of plants on balconies and the wavering flags for Catalan independence. 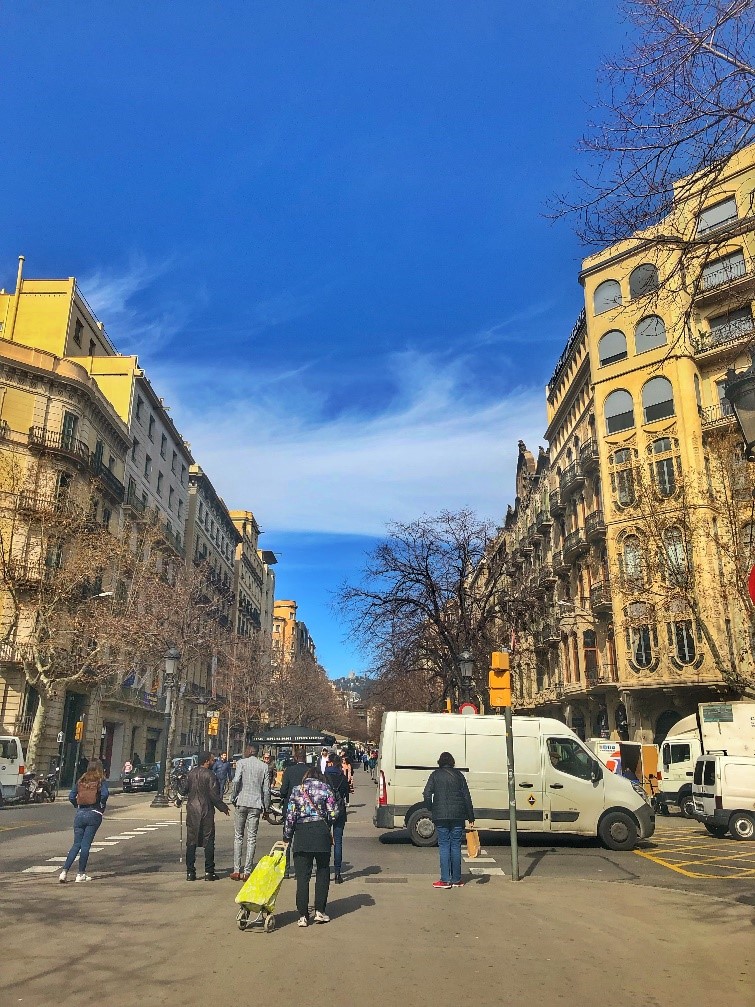 El Barrio Gotico, on the other hand, is the most twisting of the areas in the old town, and you should make sure to download your maps before you head out. Also full of interesting shops, one see’s many more Indian and South East Asians here (which means really good food, too!); with the added benefit of tons of halal butcheries and fresh produce markets, with prices much better than those found at the Mercado de la Boqueria.

All in all, everyone does the tourist stuff – but in Barcelona, you can have a much better time just wandering. Every way off the beaten path offers its own beauty, you just have to get out there and find it.