Welcome to the second of two tours that between them offer a comprehensive picture of Art Nouveau, or Szecesszió as it is known locally, in Budapest – a city teeming with sumptuous Art Nouveau treasures. The attractions featured on the second tour can all be seen on foot following the root suggested. 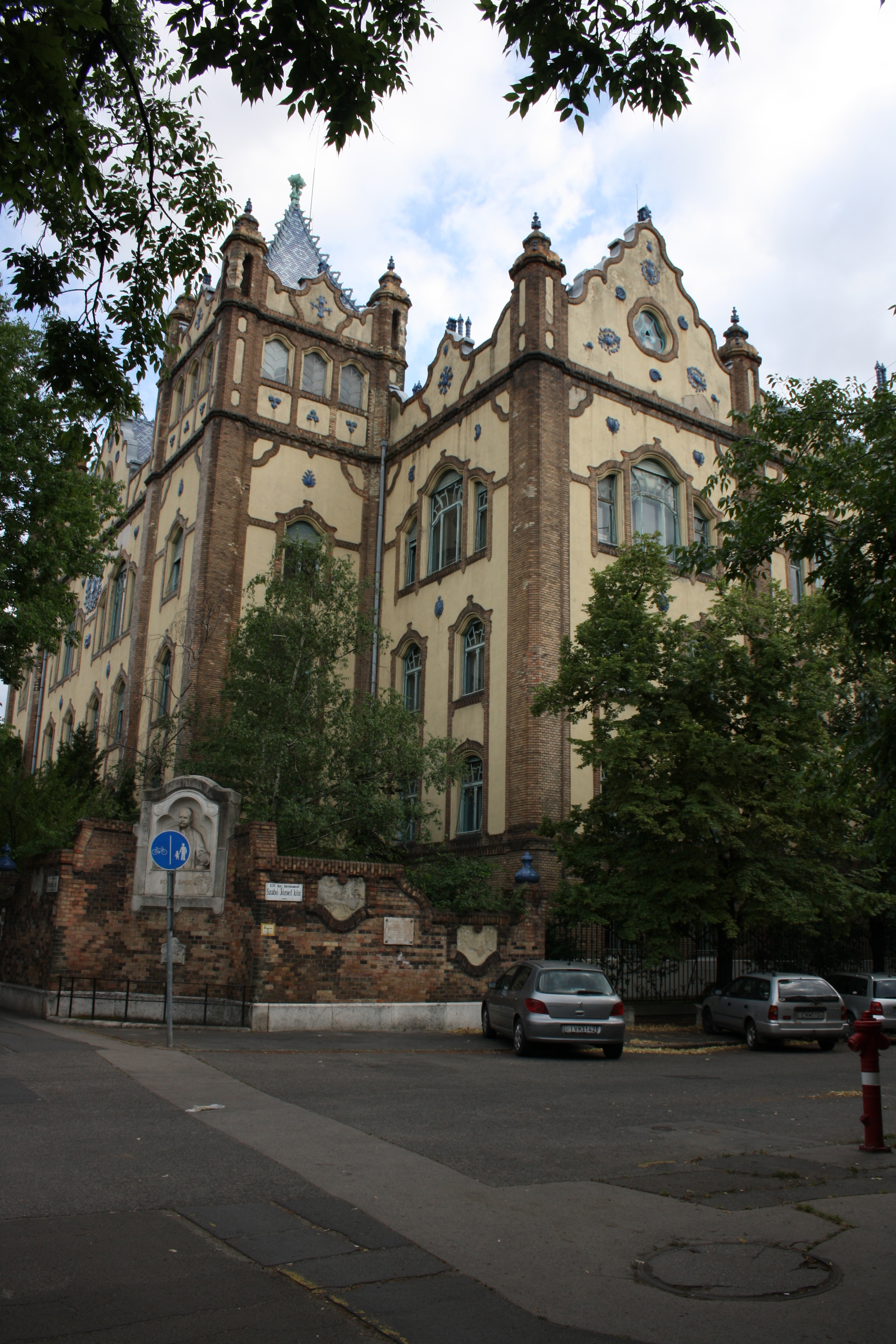 The building of the Geological Institute of Hungary, design by Szeszeció supremo Ödön Lechner, makes Stefánia utca 14 unforgetable. The fasciniting yellow and blue facade has so much to offer of Hungarian folk art patterns. The blue roof may represent the sky on top of the yellow walls which in turn may symbolize the earth. On the highest point of the main roof, there’s a sculpture of the earth held aloft by several men, which could reflect the function of the building and man’s relationship with the earth.

It has a beautiful blue door that opens to an impressive entrance, which is in absolute harmony with the exterior of the building.

A short walk from the Geological Institute at Stefánia 111, a beautifully designed house with various sculptures and motifs of human figures draws our attention. This is the Zala Villa, which today serves as the Libyan embassy and is without doubt another outstanding piece of architecture on Stefánia street. 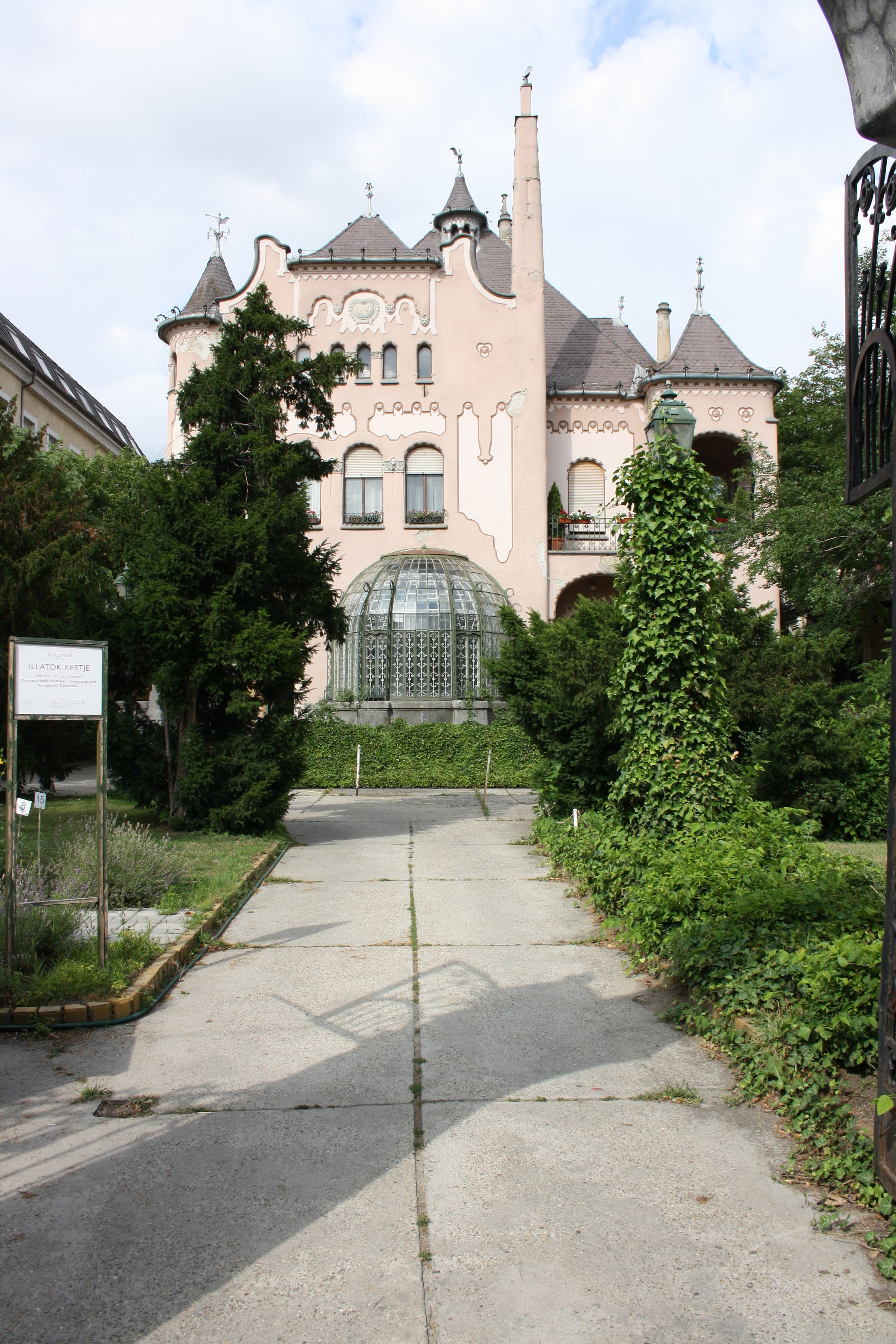 Close to the Zala Villa there is another  delightful building designed by Ödön Lechner. This eye catching house, called Balas Villa at Hermina út 47, is a pleasant combination of classical and modern art, which creates a small Art Nouveau Castle. The unique entrance made of iron and glass beside the elaborate brownish design of the facade and the mixture of modernity with nature makes the building  similar to Gaudi’s designs. 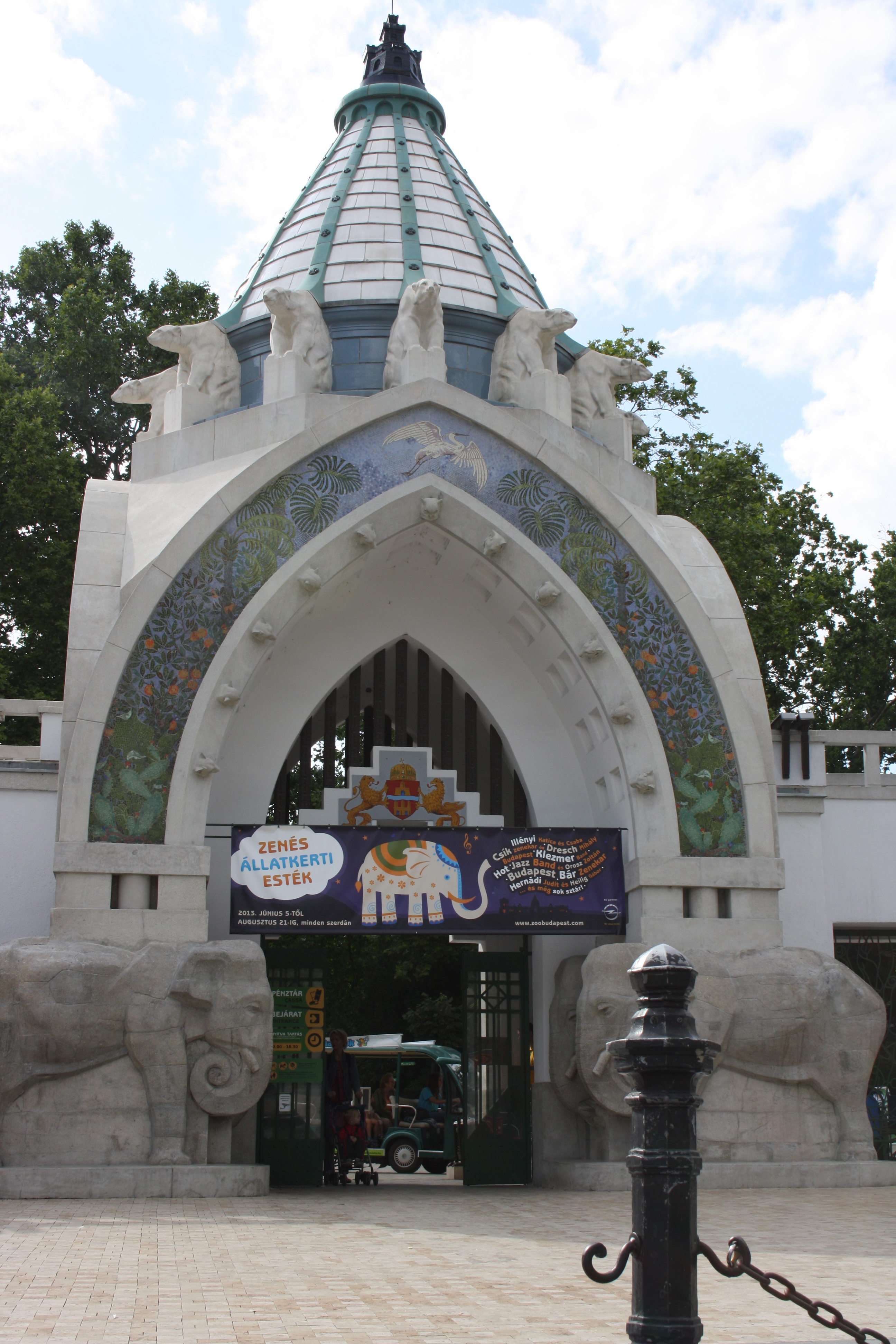 Just a few minutes walk from Balas villa, next to the city park, the elaborate entrance of the Zoo is an interesting place to stop by architecturaly speaking. It is the best example of the impact of Eastern Art on Hungarian Art Nouveau. The Islamic arch and two huge elephants beside the entrance, in addition to the colorful ceramics that portray a beautiful garden make the whole structure Indian, which is a source of inspiration in Hungarian Art Nouveau. 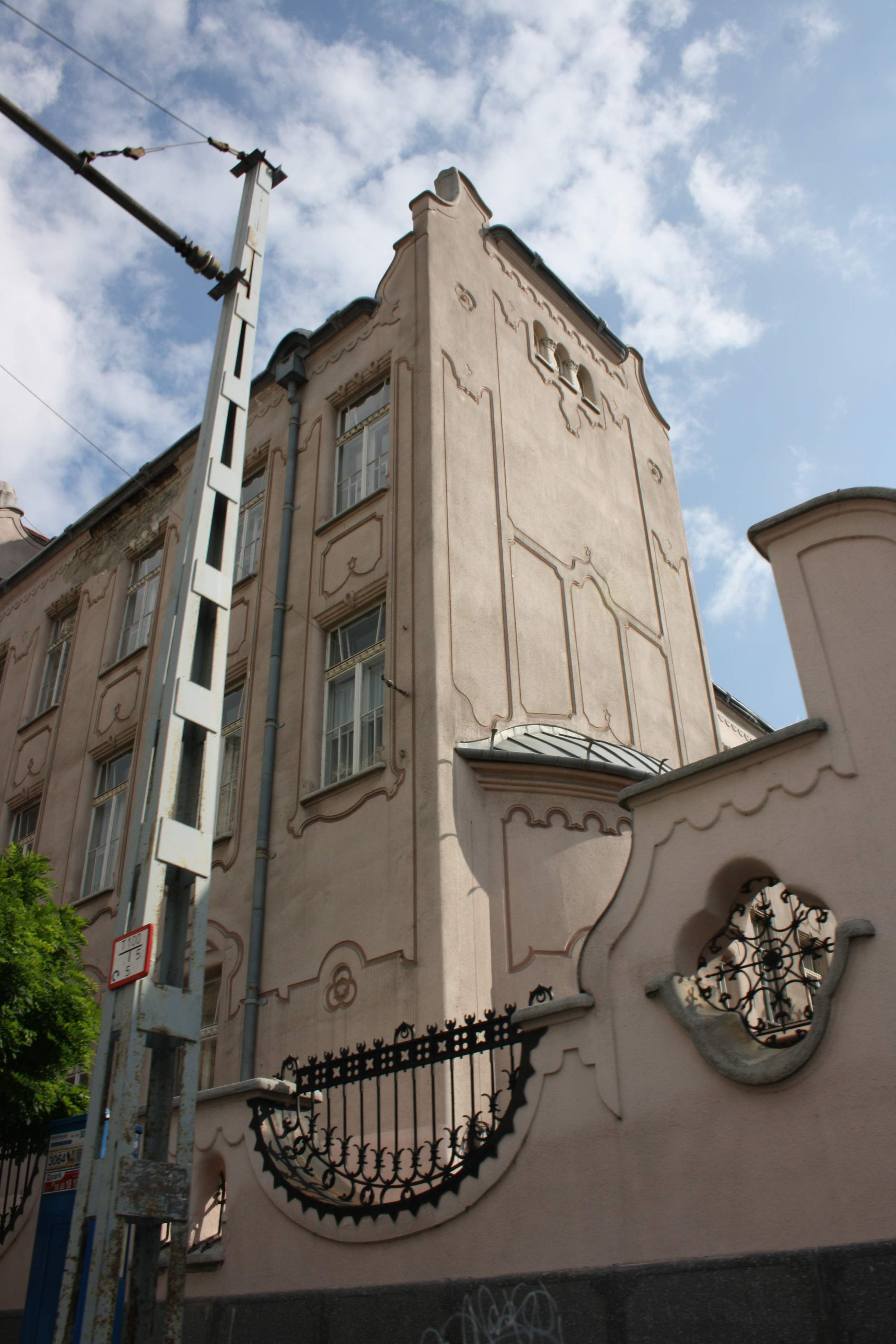 A few minutes walk from the Zoo at Munkácsy Mihály utca 26, there is a unique building very similar to the Balas Villa. This structure which is a school has a totally different design than a typical school. It is very simply decorated, although it has so much to offer.

The seventh district is one of the oldest neighborhoods in Budapest. Walking in this part of the city, especially on Király and Rózsa utca is the best experience of Art Nouveau in people’s everyday lives. There are eye catching facades with beautifully designed entrances, which can not be seen in any art museums.

Dob utca is a street parallel to Király, which has some architectural treasures. To be more specific there is an outstanding school at Dob utca 85, which after Kölcsey Ferenc Gimnázium, is the second school that made me envy its students. It has a different and creative design and cannot be ignored.