The Art of Making the Famous Pálinka at Home 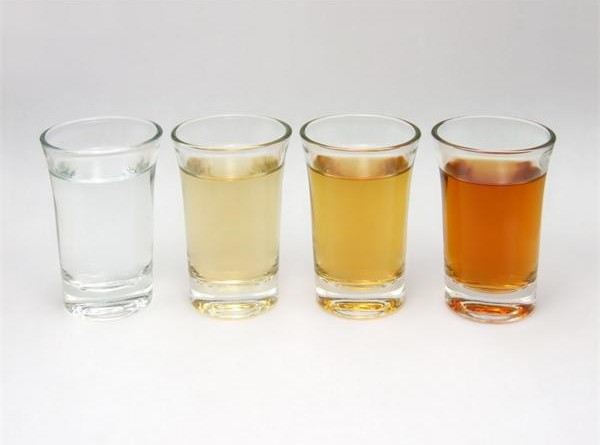 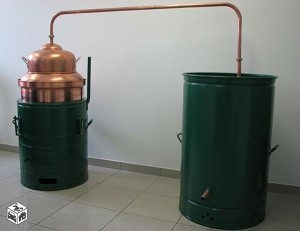 Pálinka is the Hungarian national drink, and is much loved by them or indeed anyone who have ever tasted it. Just hang around some Hungarians, and pálinka will probably be offered to you within a few minutes.

To clarify things pálinka is not vodka, whiskey, or “Hungarian fruit brandy”. It can be made from any kind of fruit. Some eccentric people even make it from vegetables (like asparagus).

What is needed to make pálinka? A lot of fruit, a specific set of equipment, and patience. The end product’s strength can range anywhere from 40%-80% depending on how it has been produced (the best is about 52-58%).

The first step in making pálinka is the most work: preparing the fruit. For one liter of pálinka, you need around forty kilograms fruit. The most common fruits to use are plums, apricots, pears or cherries.  Some types of fruit need to be peeled (like oranges), but most of them are ready after the pit is extracted.

Now, as in the case of every alcoholic drink, the key factor is fermentation. You should fill the fermentation buckets, but don’t fill them completely as during fermentation the squashed fruits expand. Always put them in an open recipient. Four to six weeks should be about right to fully ferment the fruit. What is really important is stirring the mix every day. The fruit will sink to the bottom of the bucket and clear fruit wine will be on the top. Some people add sugar to the fruit mash before fermentation, but be aware of that this will increase the strength!

The next step is distilling the pálinka. You need a distillation device that you can buy or borrow from your neighbor (if you live in the countryside, there is a higher chance that your neighbor owns one). The distillation device, called a“kisüsti,” carries out distillation that is based on evaporation and condensation. The mash is poured into it, and has to be heated to 78 degrees Celsius, which is the boiling point of ethanol. During this process, toxic elements dissolve in the steam. The gas travels through the pipe, where it cools and condenses. After about a good hour, the first drops of pálinka should appear at the end of the spiral pipeline. But this is still not the desired pálinka. We still need to double distill it.

Wait until the last drop comes out; dispose the leftovers from the cauldron and wash it out. Then put in the initial brew (Hungarians calls it “otka”) and the second distillation begins. Be careful when you want to taste it, as it is going to be even stronger than the product of the first distillation.

It is very important to discard the initial droplets that come out during the second distillation (they are very strong, approx. 65-70%, can contain methanol, and have a bluish color.)

This process takes hours, so be aware of that the strength could make taste testing alone quite difficult.

The product after the second distillation is ready to drink, but if you want to add more flavor to it you can put it into barrels (different barrels gives different flavour) and keep it there for approximately seven months. Then you can put it in glass bottles and keep it at room temperature (never put it in the fridge!) and it’ll be the best medicine through the winter!