A world without war – workshop with Professor Weiss 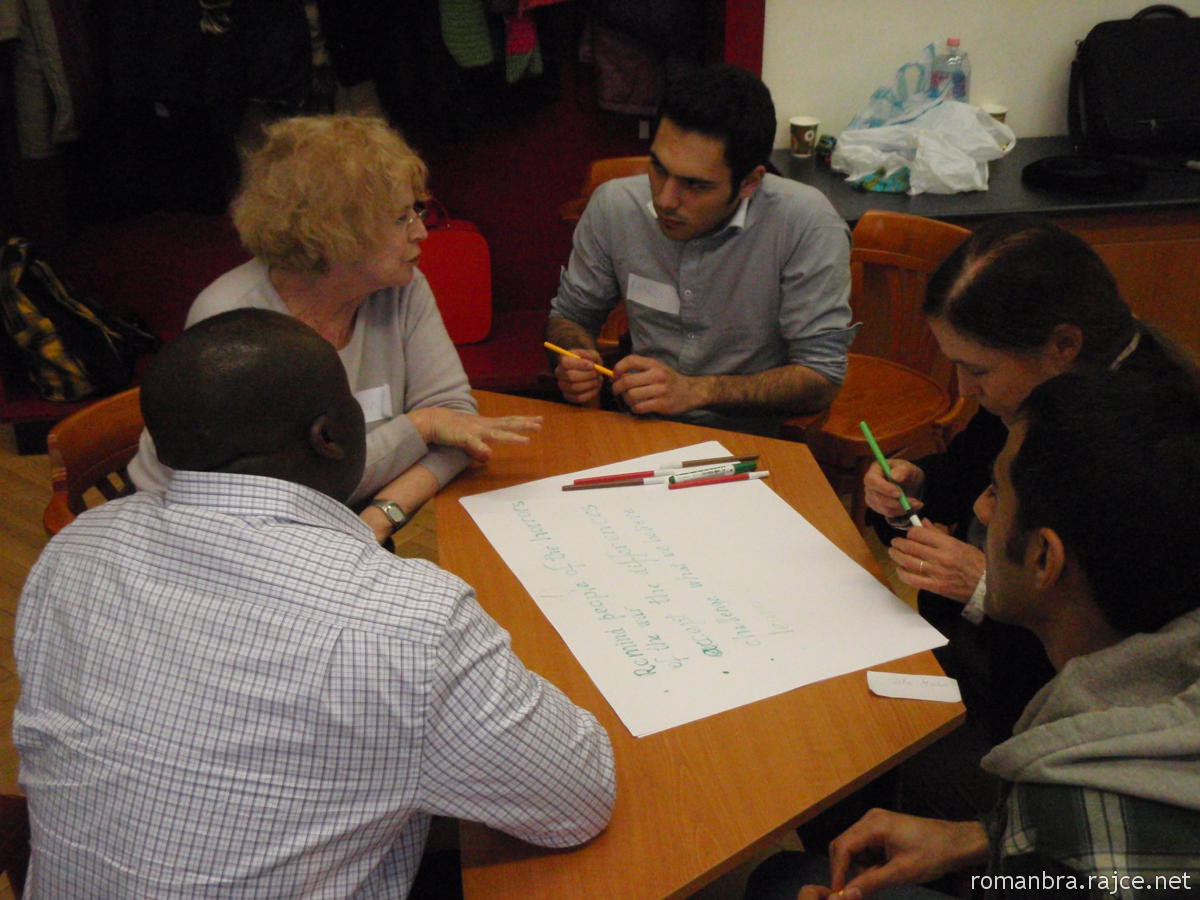 Meeting up at school on a Saturday afternoon in February for more than four hours, none of the participants knew what to expect – neither did the organizers who conducted the workshop for the very first time. Around 20 people from different countries, from all age groups came together to discuss what seems to be the inherent wish of every human being: peace. Before we discussed a world without war, each one of us got the chance to talk about their experience with war and how it has affected their lives. Each story was moving and it was amazing how honest and open everyone who shared their stories was, just as it was remarkable how nobody was judged for their thoughts and opinions.

We then collected thoughts and words that we associated with the title of the workshop. There were more ideas than one could possibly list here but they included words such as “no fear”, “tolerance” and “education”. After this we looked for words that came into our mind when thinking of how to achieve a world without war. We probably came up with more than 50 thoughts within a few minutes including “less power to corporate lobbys” and “whitewash war” and at the end it was clear to all of us, that there seemed to be not one person who really wanted war.

The last task was by far the most fun. We were put into random groups and had to create a four-picture cartoon on how to remove war from our world. Working in smaller groups with randomly chosen people was a lot of fun and we had the chance to discuss the ideas we had discussed earlier in the workshop in more detail. Everyone seemed to have a wonderful time and most asked for follow-up or even regular meetings in the future to discuss the issue since it was very difficult to discuss the huge wave of information discussed.

One thought that came up in the workshop was the idea of war as an established institution that can be abolished and that many military personal see as outdated. This thought struck me a lot. Can I imagine a world without war now? To be honest, I find it very hard to. Do I believe that it is possible, yes I do – and after the workshop I do see an even greater chance that we can come up with a solution if we just train our brains to do so.

At the beginning of the workshop we watched and listened to Bob Marley’s “One Love” on youtube performed by “Playing for Change” – an amazing project by a great number of musicians from all over the world. If you want to be inspired to imagine a world without peace, have a look at what they do. 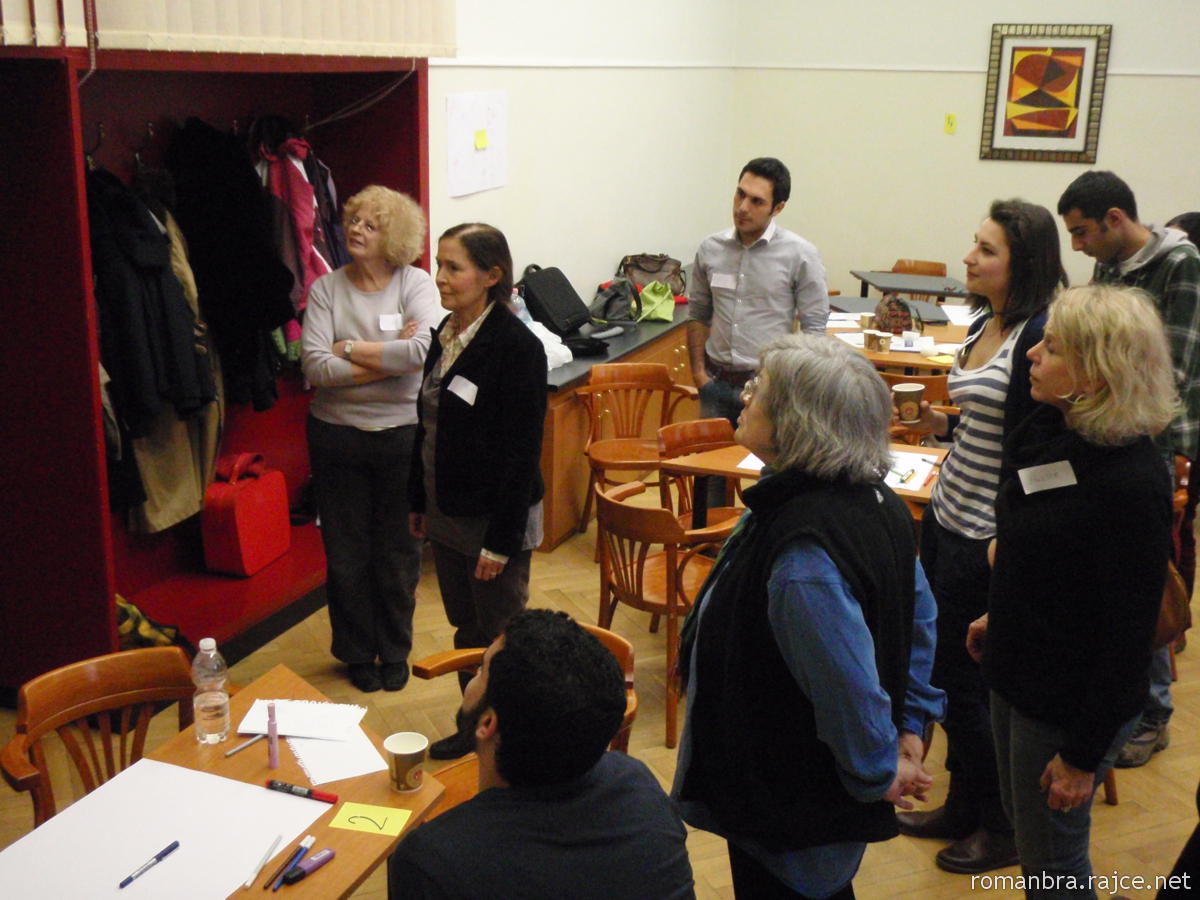 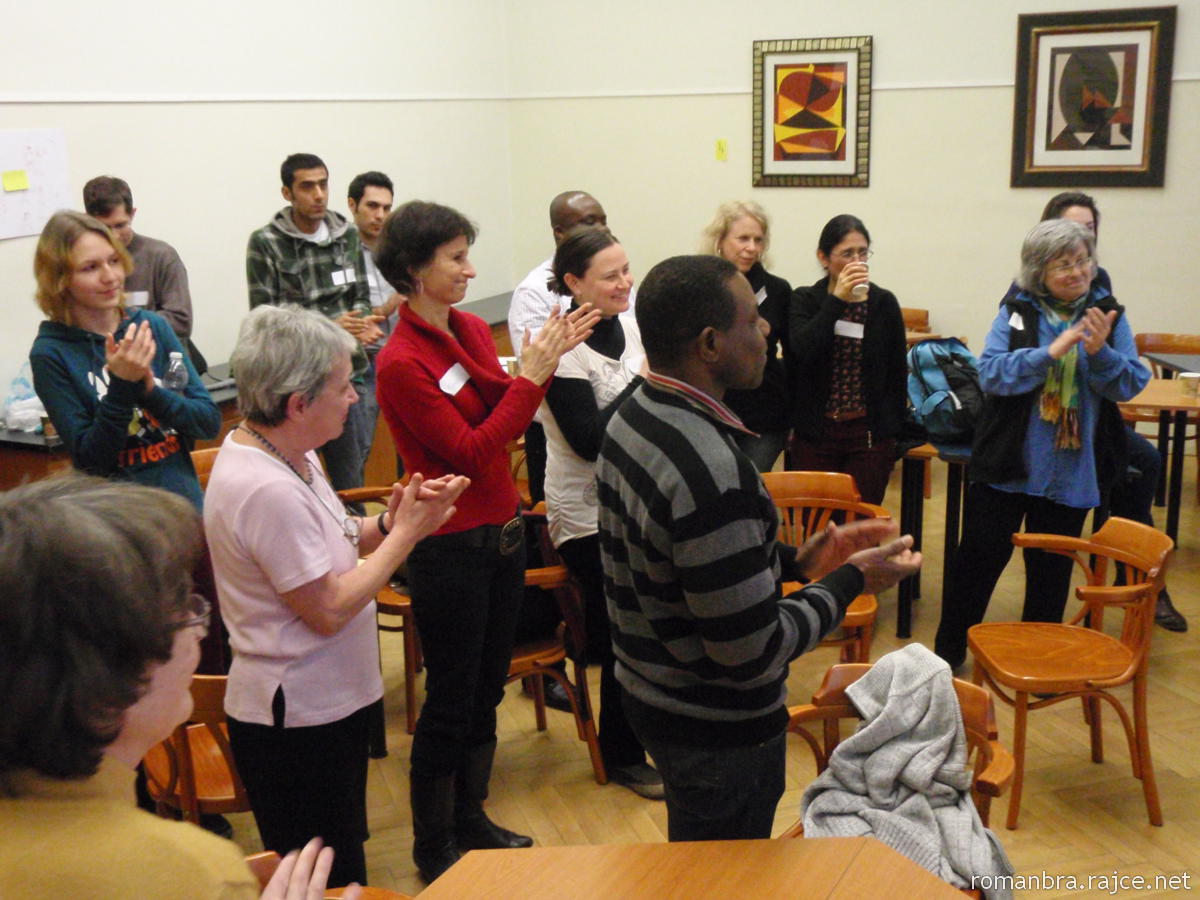 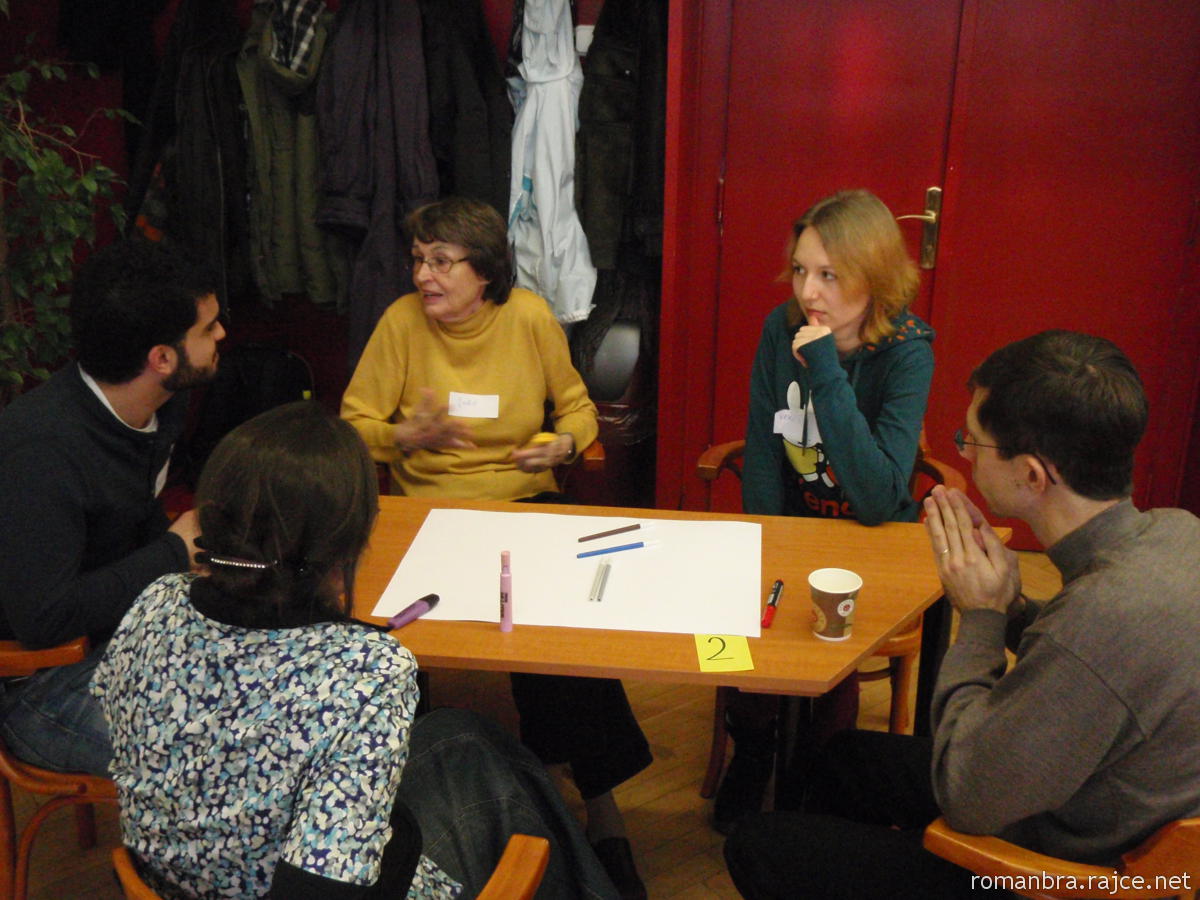