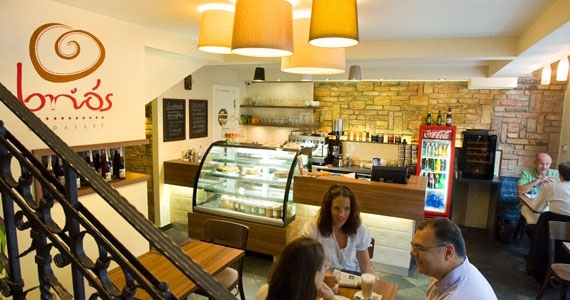 Dávid Tripsánszki, known as Tripo in the art world was born in 1988 in Budapest, Hungary. He spent his childhood in the border town of Nyíregyháza where his family struggled with poverty. Tripo began his studies at a Music primary school and then registered to an art school. He got accepted because of his obvious talent. By the will of his mother he studied architecture but soon realized that it was not for him, even though the straight lines and regularity played a great part in his creative drawings. After Tripo finished high school he was not accepted to any further schools, neither did he really try. At the end of that summer one of Tripo’s friends let him know about a two year private course study school for which he eventually applied and was accepted. This is when he started to take drawing seriously. He started with larger drawings and more intent graphics. Unfortunately Tripo could not complete his two years due to financial issues and had to to get a job. Yet, he has the school to thank for a great deal of his artist friends and connections in Budapest. 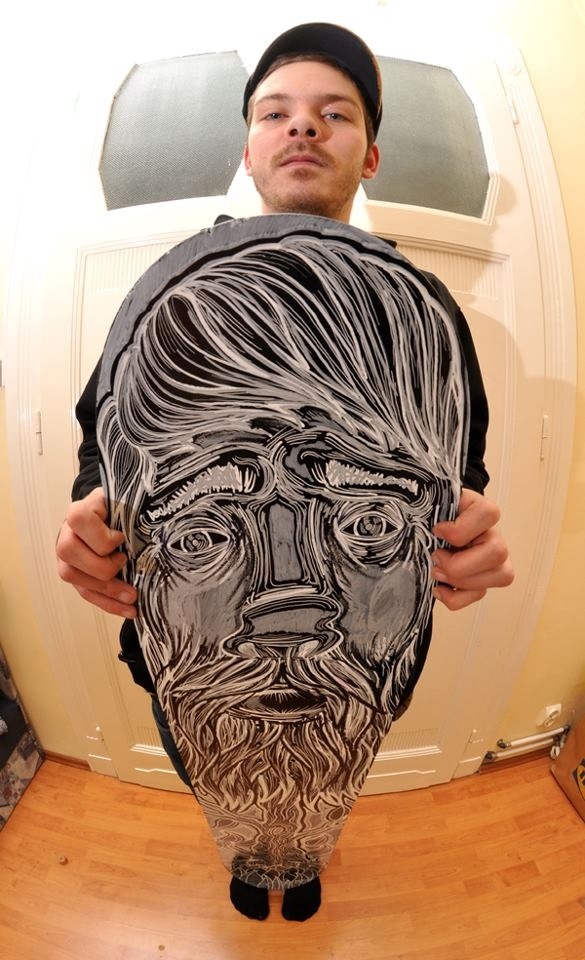 His first job was in a gift shop where he practiced his drawing on cardboard packaging with stolen pens. These drawings mirrored his emotional state and his heartbreak. After Tripo saved enough money to buy the materials he needed to put together his first exhibition he left the gift shop.
He presented his talented works in his first exhibition at The Drunken Tailor, a well-known restaurant in Budapest. It was an unusual exhibition. There were multiple bands, DJ’s, and live acts. It was packed with about 300 people with a real interest in the art. This was a huge milestone in his career. Due to the exhibition’s great success and profit, Tripo was invited to another venue, Fecsi. Once again Tripo and company put together an outstanding party. About a week and a half later Tripo carefully thought over his career with his DJ friend. They came to the conclusion that they need to take their show on the road. They decided to organize this same exhibition in their hometown, Nyíregyháza. The opening was on December 25, at where else other than a small local bar. The place was so packed by 9 p.m that you could not fit through the front door. This is where the idea of touring developed. They put together a team of artists and musicians, two graphic designers, two DJ’s and a live act. They traveled from Szeged to Veszprém, Dunaszerdahely to Gután, and ended their tour in Bratislava.

After the tour ended Tripo had an urge to organize a bigger and better solo exhibition. After producing a collection of progressive and honest drawings, Tripo went straight to the local Budapest art scene, the cafe/bar Telep. Many of his friends had exhibitions at Telep before him. He admits that this exhibition made him “extremely nervous even though [he] had no reason for it”. Well known Hungarian hip hop MC, Bobakrome, opened for Tripo’s Telep exhibition along with two other DJ’s. The party was later moved to the swanky Gozsdu Court in the heart of Budapest. The exhibition was a great success and this was the first time Tripo was able to sell his drawings for serious money. One can say that this is where his career sky rocketed. People began to recognize him in bars and coming up to him and asking “Sorry, but are you Tripo?”.

After the Telep exhibition, work just began to flow in for him and he began his process of self-actualization, even though he says that it is “pretty damn hard at 23 and penniless”. Tripo is on a bit of a break right now but not to worry, he and his crew have lots in store for the Budapest art world. I fortunately had the chance to sit down with Tripo and ask him a few personal questions. It seems that his extreme passion for his line of work out weighs the possibility of letting the fame go to his head. The original interview was conducted in Hungarian and eventually translated to English.

Q: What was your first source of inspiration that led you to where you are today?
A: I can’t tell you an exact age but I think my doodles and scratches in pre-school were the start. I was in first grade when I won my first drawing contest. I remember that the prize was a box of peach juice. I guess the impact of this was me realizing that I can reach my goals solely with my imagination. Basically, my interest in the arts began at an early age.

Q: Does it bother you when you can’t make time for drawing? Or does this not happen?
A: Oohhh man. Of course it bothers me. The reason this happens is mostly because I don’t have enough money to buy materials. Sure if someone is rich that’s another story. Unfortunately, next to my everyday job its hard to make time for drawing. When you work everyday from morning until night it’s difficult to get yourself to draw when you get home. For me, I get home, I drink a beer and get a good night’s sleep. On the weekend I rather let off some steam. To those people who can sit down after a week of work and draw and paint throughout their weekend, respect. I have a hard time sitting at home on the weekends. The other thing is the shortage of time. It makes it almost impossible to put together a larger project. Of course if I could only do two larger drawings every year it would make my life much easier. 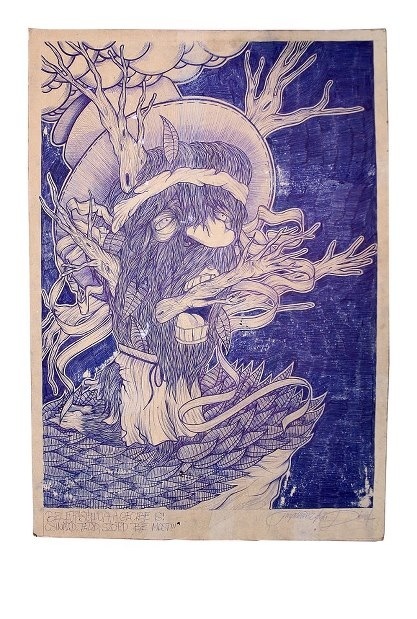 Q: Do personal problems inspire your work or do they rather distract you from it? Do you allow these feelings to effect your work or do you ignore them and stick to the original plan?
A: Personal strife and emotional storms are exactly what inspiration means to me. My drawings are the source of letting out these feelings. If I didn’t have this output I would go simply insane. This might be exactly why I chose to be an artist. We can call it an escape from the world’s problems, but I think its rather emotional development. For example, my first larger collection was inspired by the loss of my first love. Yes I allow these feelings to influence my work because this is how I can produce the most honest drawings that the viewer can relate to. I think it is really important to let your feelings influence what you are working at, it leads to great improvements.

Q: Do you think as an artist you can separate creative improvising from a strict paid order?
A: Seperate them? Hmmm… Sometimes you have to, at times it is the right choice. It depends on the project. If it is a paid order with a given theme then it is not the best to start with an immense emotional hangover. I have to concentrate then. That is why I try to get these orders done and out of the way as soon as possible. This way I can get back to my artistic cave.

Q: Do you use any mind altering substances to induce creativity or do you face your projects sober?
A: I think in today’s world even the TV and Internet are mind altering, but yes, I do sometimes use different substances but only to invoke inspiration. Unfortunately the style of my drawings does not allow sloppy lines or paint drops. Also, when you are see two of everything it is pretty hard to draw one millimeter lines on a huge space. Of course there are certain situations where this is allowed. Usually when I am painting with my buddies there is an abundance of a certain substance and I am more then likely to allow myself to lose my inhibitions. These are friendly get-togethers, or we call them “Workshops” where the main goal is to let off steam or just trash around. Of course it depends on the time and place. For paintings and drawings that I intend to use for exhibitions I don’t use these. Even though I would really like to.

Q: What’s your opinion on the fact that well-known street artist Banksy is allowed to “freely” paint on the streets of London and his works are even protected by law while others are chased off by the authorities?
A: I would like to answer this question with a quote from Balazs Pándi and everyone can interpret it the way they want, “Banksy is art’s Rage Against the Machine”.