127 Hours and the Human Survival Instinct 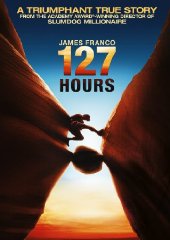 Human abilities are unpredictable and surprising, especially when it comes to the will to live. This fact is well represented in Danny Boyle’s newest blockbuster, 127 hours, which is currently on at the cinema.

I must say that am not going to give a review of this movie – you’ve probably heard about it or if not you can get tons of reviews of it on almost every newspaper and online sources of the past month. Anyways, I believe that the theme of the movie has to do with the human will to live – which you can also call, “the survival instincts”.  Based on a true life story, this will to live made Aron Ralston, an American mountain hiker, amputate his right arm with a blunt knife. He had to cut off his trapped arm so as not to die of starvation, for he spent more than five days without food, all alone at the Blue John Canyon, Utah. This description may not sound so alluring, intriguing nor explicit enough to make you storm the cinema and see this movie. But if you ever found yourself in a situation where you slowly carve your name, date of birth and death on the mountain wall, because you know that soon you will die while helplessly recording it with your video tape, you will understand why it got a Golden Globe, BAFTA and an Oscar nod. James Franco who portrayed the character of Aron Ralston did an outstanding job of dragging his viewers slowly into the life of his character and giving them a chance to see the circumstances surrounding his unfortunate situation and the reasons behind his decisions. I guess am reviewing the movie, right? I should not!

Back on track… yes, the survival instinct, does that sound familiar? Throughout history there have been some unbelievable stories of how men did the unthinkable in order to survive. Most of the time these stories are dismissed as fables or myths but how about the 19th century romantic painting by Theodore Gericault entitled Raft of the Medusa? It chronicled the true life accounts of the events that happened when the French naval ship Méduse got wrecked at sea and left its occupants stranded on a make-shift raft for almost two weeks which resulted in starvation, dehydration and madness. The few of the naval men that survived this ordeal had to eat the corpses of their dead comrades – a befitting burial for their noble comrades who died in active duty. Talk about the survival instinct. Even an earlier case of a 13th century Italian nobleman Ugolino della Gherardesca, who was condemned and sent into an isolated tower in Pisa to die together with his two sons, gives you an insight into the unpredictability of the human survival instincts. Although in the case of Ugolino and his sons, nobody actually knew what happened inside the tower, but one side of the story says that before he died of madness and starvation, he ate his two sons – who begged him to actually eat them before they die too. Wow!

I do not want to go into the details of the stories of the Raft of the Medusa and Ugolino; I leave that to historians and artists, but the main point here is that these are just a couple of examples and are like a highlight to bring to our attention that while technology and civilization advances, humans have still got their basic instinct intact; ethics, conscience, morality, or whatever notwithstanding. If you research more you can find other cases and survival stories, especially surrounding the earthquake that hit Haiti last year and the Indian Ocean Tsunami in 2004. In the case of Aron Ralston, it was few years ago in 2003 – the 21th century. He even recorded his ordeal with this hi-tech video camera. And while we applaud this once in a blue moon account of Aron’s bravery and James Franco’s outstanding acting, let us reflect on the fact that we are all responsible for the decisions we make and who we want to be. One last thing: I do not know about everybody else but I cannot imagine what I would be capable of doing in a similar situation – maybe I am even doing it in my everyday life; exercising the power of a human’s survival instinct. Please go and see that movie 127 Hours, it is worth the cinema ticket.