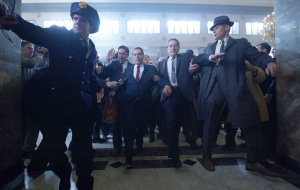 The creation of many cinephiles’ dreams: a project digs deep into the organized crime group that prompted the Kennedys to go after the Mafia in the Sixties. It’s been almost four years since Scorsese’s last film Silence (2016), a narrative about Jesuits in 17th century Japan, was a passion project three decades in the making before it was released. Fans have been eager to know what their favourite American filmmaker would do next. The Irishman reunites Robert De Niro and Joe Pesci with Scorsese, 21 years since Casino (1995) came out. This also marks the first time Al Pacino and Scorsese are collaborating on a movie.

Scorsese had the dream of making this movie ever since he read the non-fiction book, I Heard You Paint Houses by Charles Brandt, which the film is based. It tells the tale of Frank Sheeran (De Niro), the mob hitman who got cosy with the Mafia and is thought to be responsible for the death of his friend and the union president Jimmy Hoffa (Al Pacino). It’s been said that Hoffa was also involved in the Kennedy assassination. Based on real events, it’s assumed that the film will focus on an elderly Sheeran as he starts to reflect on his life and career as a hitman through flashbacks. Hence the need for the de-aging special effects, a point that Scorsese is particularly anxious about.

One of the reasons it took so long to make the mob biopic was the technical and financial task of using digital effects to de-age the characters, which Scorsese admitted was a “costly experiment.”

Costing $200m, The Irishman is the most expensive film Scorsese has ever made. The original budget was supposed to be $125m but by the end of post-production, the budget had increased greatly. Netflix had to fork out a grand total of $305m for both the distributing rights and the actual financing of the film. 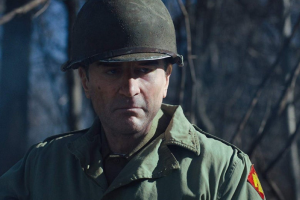 The film’s script is penned by Academy Award winner Steve Zaillian. His scripts have been directed by acclaimed filmmakers such as Steven Spielberg , Ridley Scott, David Fincher and Brian De Palma. He has been nominated four times for Best Screenplay and has won for one of my favorite movies, The Schindler’s List.

The Irishman is also Scorsese’s longest film to date, with a confirmed running time of three and a half hours which for cinephiles like myself is a huge plus. More than three hours of De Niro, Pesci and Al Pacino kicking ass directed by Scorsese? It’s a longtime dream of any mob genre fan.

The Irishman premiered at the New York Film Festival on the 27 th of September and was also shown at the BFI London Film Festival’s closing gala on the 13th of October. It then had a limited theatrical run from 1 November and you are now able to watch it on Netflix.